Hans Winterberg (1901-1991) was one of many Jewish composers displaced by World War Two, but his story is not typical. As a German-speaking Czech he found the safest place to go, having been ejected from his native Prague, was Munich. Even prior to that, his music had a German cast: I hear no Czech influence, although there is mellifluous woodwind writing in his Symphony No 1 of 1936 (Sinfonia Drammatica). Formally, this piece resembles Schoenberg’s First Chamber Symphony, cramming three movements into one. 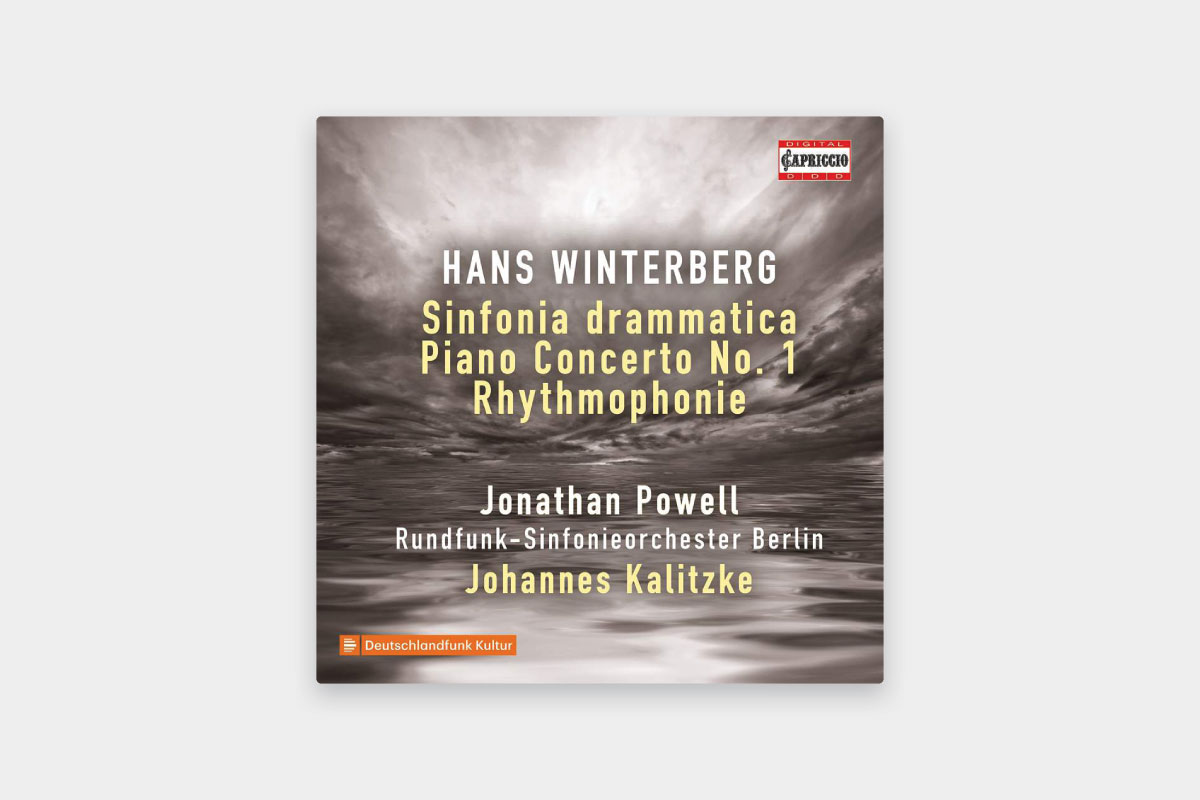 Winterberg does not embrace 12-tone atonality, but his musical language is tough and the writing succinct. Romantic moments, including a violin solo and the woodwinds of the central section, hark back to Mahler.

The Piano Concerto No 1 (1948) is another taut piece. While clearly the work of the same composer, it reveals his neoclassical side. Stravinsky seems to be an influence, especially in the figuration of the solo part and the somewhat lugubrious slow movement.

The major work, lasting around 34 minutes, is also a virtual symphony, titled Rhythmophonie. Composed much later, in 1966/67, here Winterberg has extended his harmonic and rhythmic palette, and his orchestration is leaner and more colourful than in the preceding works.

While Winterberg may not be an outstandingly individual voice, his tautly structured music is well worth reviving, and these artists make a compelling case for it. Kalitzke leads the Berlin Radio Symphony Orchestra with vigour, and that thoughtful virtuoso Jonathan Powell dazzles in the short concerto.