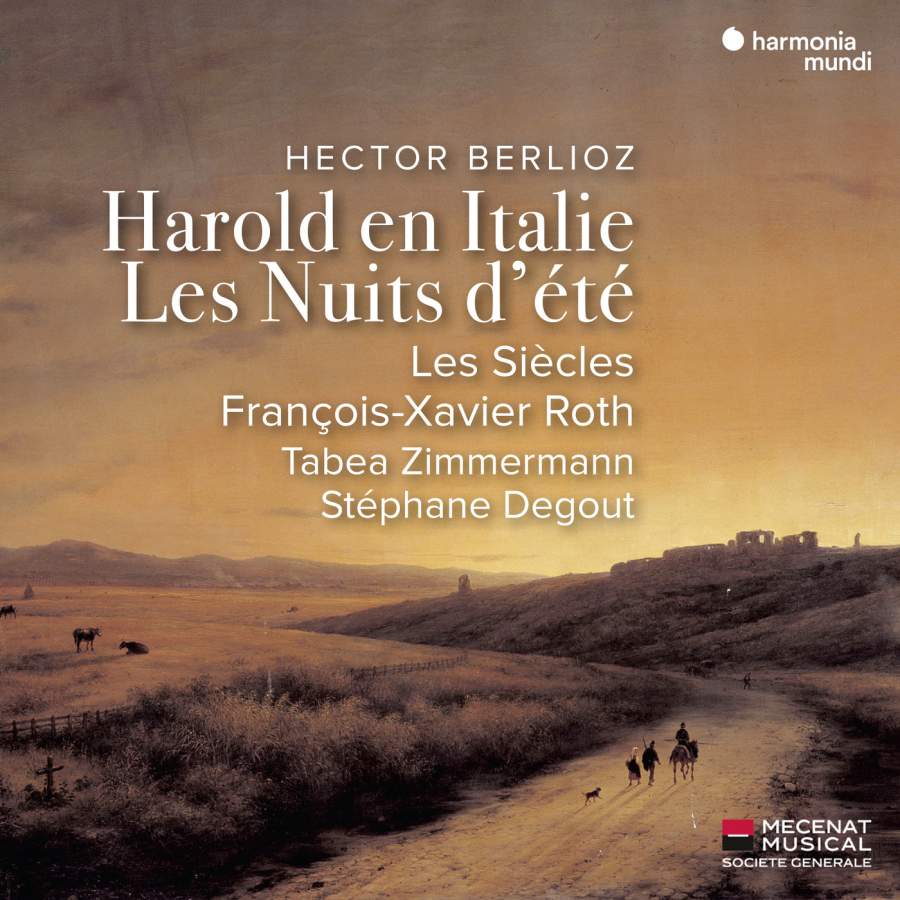 Pairing Berlioz’s Harold en Italie with his song cycle Les Nuits d’été is so obviously a good fit I’m surprised it hasn’t become more of a concert and recording staple. Props then to Les Siècles and François-Xavier Roth for doing so on their latest release, and for engaging violist Tabea Zimmermann and baritone Stéphane Degout to pull it off in style.

A viola concerto in all but name, Harold en Italie is here performed with real warmth and grace by Zimmermann. In commanding voice, she doesn’t allow herself to be subsumed by the overall sound-picture yet retains a lyrical line that carries her through even the more sudden shifts in mood. She steers a commendably delicate course through the solo part written for none other than Paganini (who turned the piece down on the basis of its not having enough virtuosic bits), but don’t confuse that for boring playing – Zimmermann phrases with real flair and imagination.

If we’re being frank, the more interesting proposition here is Degout’s take on Les Nuites d’été. Certainly male singers have done it before – José van Dam’s rendition on EMI remains a favourite – but they remain few and far between, with the song cycle performed almost exclusively by sopranos.

Degout makes a very good case for the male singer taking it on, singing with infinite tenderness and care. The voice is a known quantity – mellifluous with a uniquely French tang, and clarity of diction to die for. Though his tone is a beautiful one, he doesn’t overdo things, maintaining a clean sound that offsets the perfumed elegance of Berlioz’s writing.

The undercurrent of desire present in most accounts of Villanelle comes to the fore here, Degout both intense and playful – the pastoral lovers are easily pictured in the mind’s eye. Like many, he’s tested by some of the long, sustained lines of Le Spectre de la Rose, but captures well the strange, sad tableau we’re presented with.

Sur les lagunes is not the desperate lament we’re used to hearing. Rather, it’s voiced like somebody resigning themselves to a difficult fate, with intermittent flickers of despair to tug at the heartstrings. This leads wonderfully into Absence, suffused with longing and anguish, which gives way to an even more nakedly emotional Au Cimetière. The concluding L’île inconnue is all the sadder for how much excitement Degout invests it with.