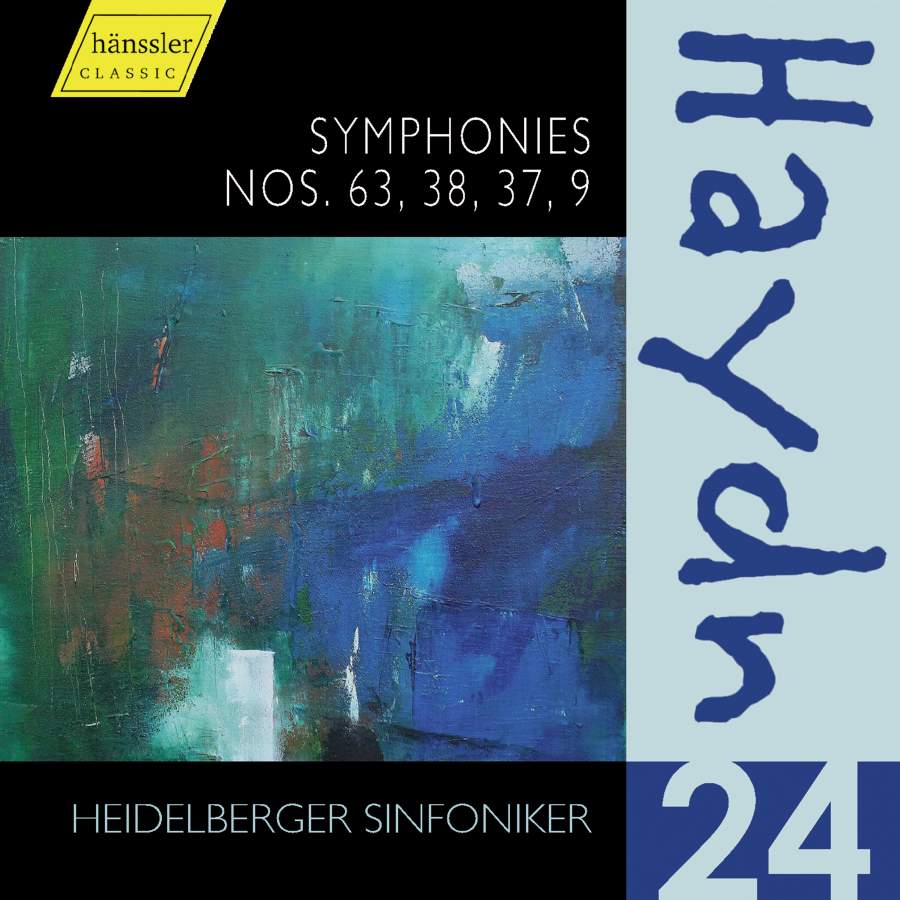 I never cease to marvel at the scholarship lavished on the chronology of Haydn symphonies, presumably since so many were composed in the comparative isolation of Eisenstadt, that mosquito-infested backwater of the Habsburg Empire. Should it be called Hobokenitis or perhaps, Robbins Landon Syndrome? That aside, conductor Benjamin Spillner excels at nailing the contrasting facets of Haydn’s personality: the forcefulness and the elegance, the seriousness and the wit, the melancholy and exuberance.

Even in these early works, Haydn displays his inventiveness: in No 37, the movements are fast, moderately slow, and slow. Similarly, in No 38 the Minuet and slow movement are transposed. Symphony No 63, like the other two, in C Major, is often known by the title ‘La Roxelane’, named for Roxelana, the influential wife of Sulieman the Magnificent of the Ottoman Empire. This was originally part of Haydn’s incidental music for Charles Simon Favart’s stage work Soliman der Zweite (or Les Trois Sultanes) in which Roxelana was a character.

The first movement is derived from the overture to Haydn’s opera Il Mondo della Luna. The ‘La Roxelane’ second movement is in double variation form. Here Spillner ticks every box and again in the Minuet where the trio features solo oboe and bassoon over pizzicato string accompaniment. These seem more thoughtful than Doráti’s now legendary Decca series of the 1970s. Bows all round!

Review: Haydn: The Seven Last Words of Christ on the Cross (Ensemble Resonanz)

A thought-provoking journey through music old and new – and back again.