Jordi Savall’s 80th birthday celebrations have been marked by acts of homage to works for which he has had special affection. After the recent release of Victoria’s Holy Week music comes this May 2021 recording of Haydn’s most famous oratorio. Opting for relatively modest forces (a chorus of 20 and orchestra of 36) Savall presents a thoughtful, historically informed account with elements of beauty and charm. 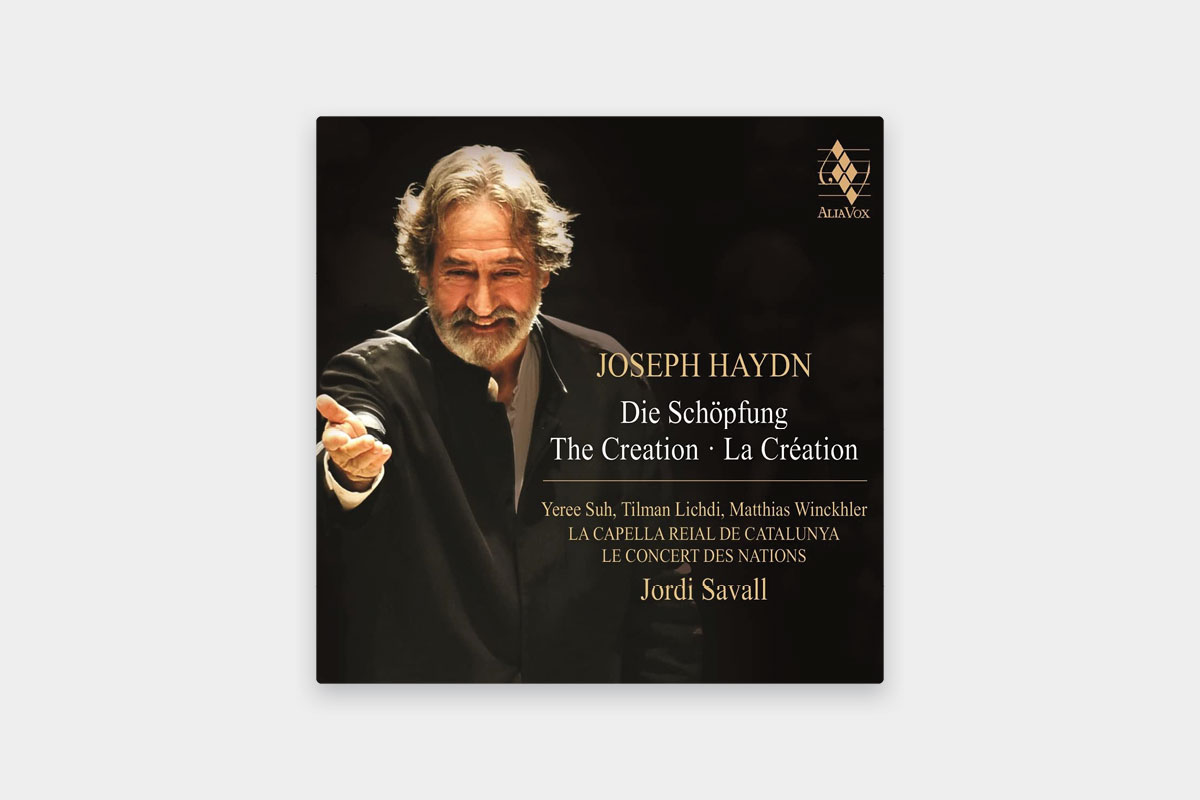 Foremost amongst these is the rich sonority and engaged playing of Savall’s orchestra, Le Concert des Nations. From the opening Representation of Chaos , there is not only a sense of entering into the drama of the creation story, but of being transported into Haydn’s sound world.

Attempting to navigate a middle path between the more expansive speeds for larger forces such as used by Paul McCreesh and the brisk “early music” approach of Frans Brüggen, Savall’s tempos for the most part support the dramatic thrust of the music, but tighter pacing between successive movements would have strengthened the oratorio’s onward flow.