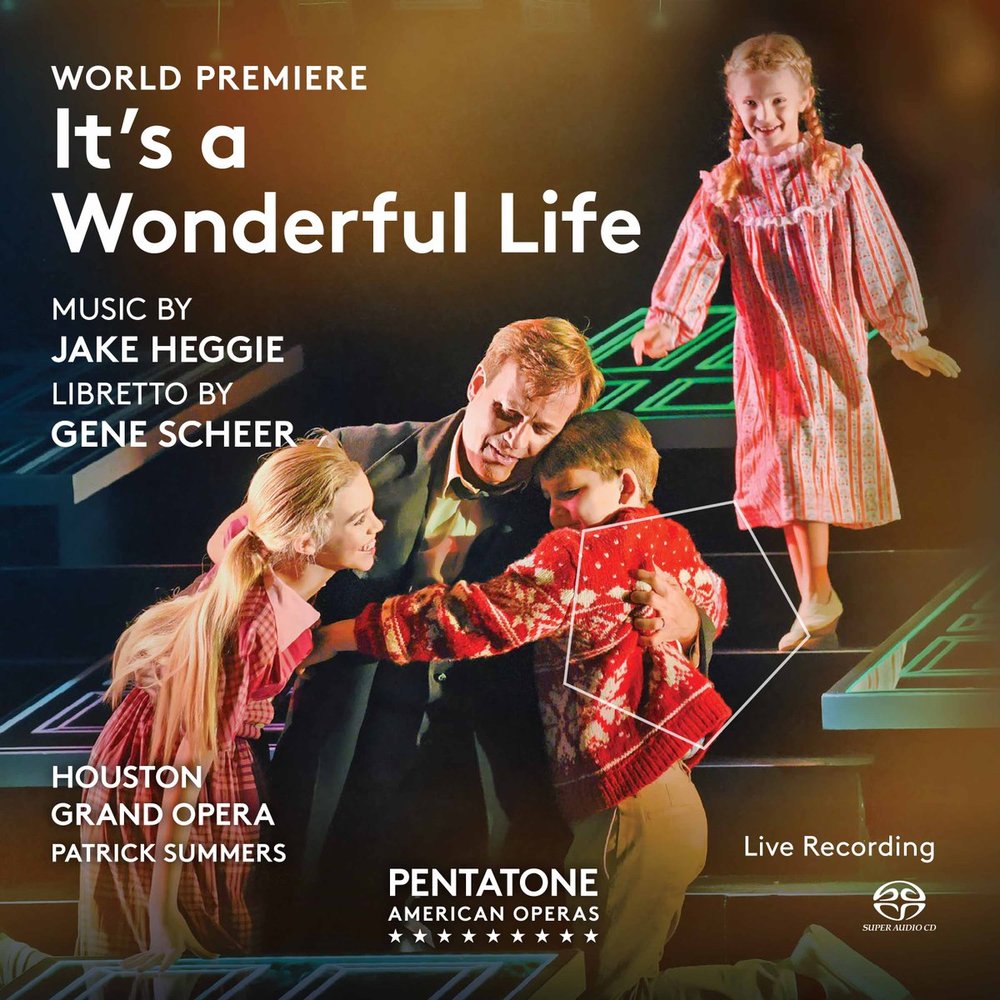 Political shenanigans, real estate moguls and nations on the brink of war – sound familiar? No, it’s not the latest news on CNN but the synopsis of the new opera It’s A Wonderful Life, composed by Jake Heggie of Dead Man Walking fame with a libretto by Gene Scheer. It’s based on the 1946 Frank Capra film of the same name starring James Stewart as the idealistic George Baker (sung by William Burden), who dreams of travelling the world but ends up having to run the family property business providing people with their own homes and consequently running foul of the predatory slum landlord Mr Potter.

Heggie and Scheer, who managed to turn Moby Dick into an opera, have made a significant change from the film original by having a female guardian angel, Clara (the excellent Talise Trevigne) instead of an old man. She is sent down as an “angel second class” to earn her wings by stopping Baker jumping off a bridge when his world goes pear-shaped. William Burden, excellent as George, heads a strong cast.

Heggie has come up with some striking effects for the denouement and combines styles from the 1920s and 30s with accessible ‘heaven music’. It’s a little like George and Ira Gershwin without the big numbers, but the Houston Grand Opera singers and orchestra are all excellent and this is a redemptive feel-good story – perhaps something we need more than ever in these troubled times.