When HMS. Pinaforeopened to rave reviews in 1878, among its many droll barbs aimed at the British class system was a dig at the then First Lord of the Admiralty, W.H. Smith. Hailing from a family of booksellers and newsagents, Smith entered parliament in 1868 and, like Gilbert’s Sir Joseph Porter, rose to the admiralty’s top job with no relevant experience whatsoever. Of course, that’s unthinkable today. It would be like a hack journalist becoming Britain’s Prime Minister… 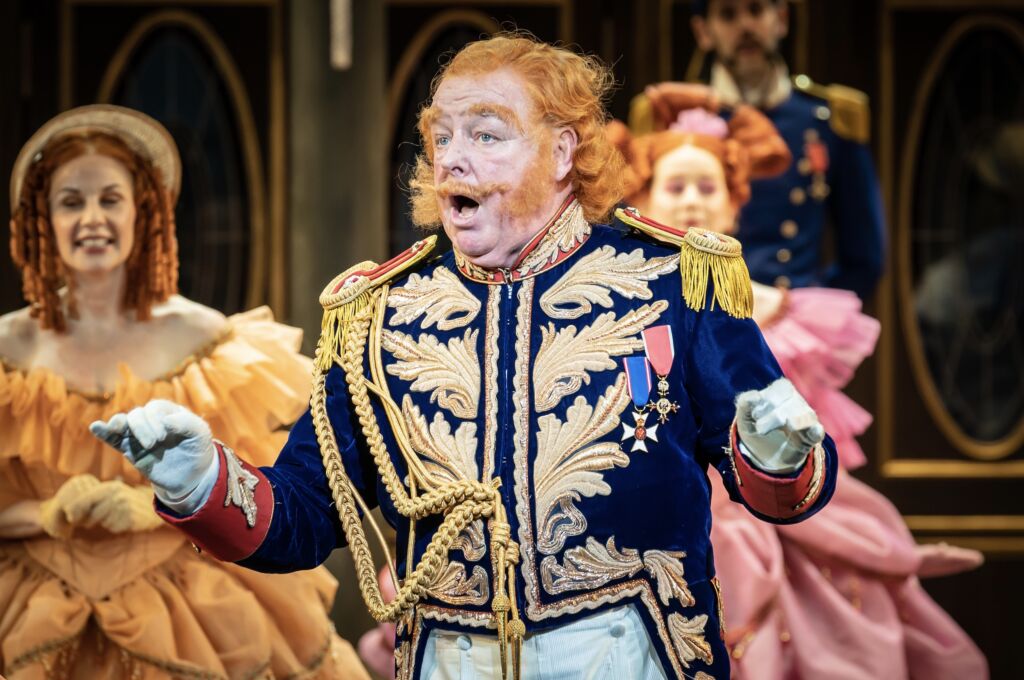 Like Gilbert & Sullivan, W.H. Smith is still very much a part of UK life today in the form of a ubiquitous chain of news agencies, the type that “you go into to buy a paper and come out having been persuaded to buy a Toblerone,” as we are reminded in the wry spoken prologue to Cal McCrystal’s frequently hilarious, though occasionally hit and miss new staging playing for English National Operaat the London Coliseum.

McCrystal’s production is insightful on two levels. First, he...