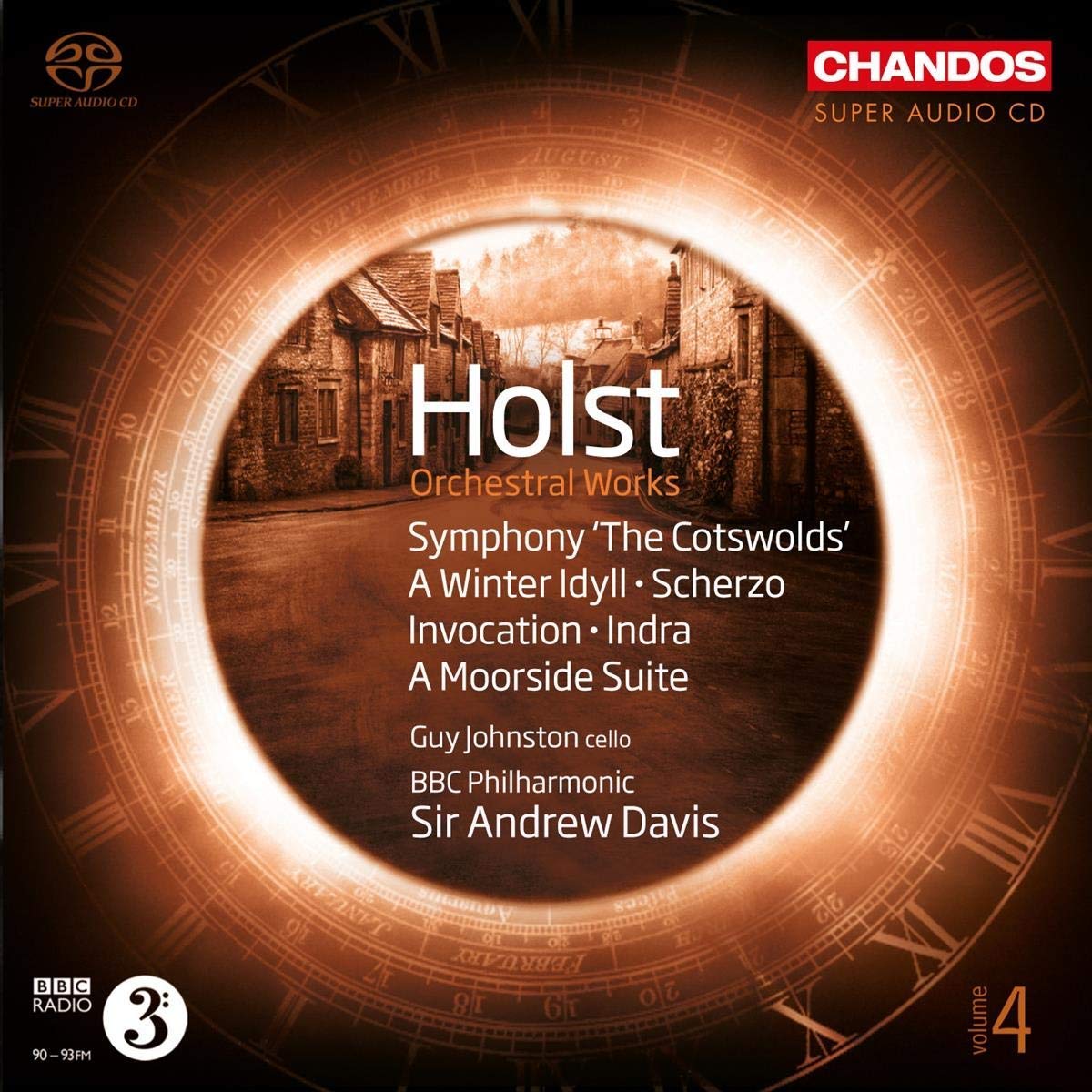 Gustav Holst’s masterpiece The Planets did not come out of nowhere. Long before Mars strutted onto the concert stage, Holst was an assured orchestrator – not surprisingly, as he played trombone with the Carl Rosa Opera Company. His individual voice took longer to emerge, or I should say voices, as several Holsts blossomed alongside his interest in British folksong and his burgeoning obsession with Indian culture.

The early works here are the short tone poem A Winter Idyll (1897), the Symphony “The Cotswolds” (1899-1900) and the symphonic poem Indra (1903). The latter, depicting an Indian legend, gives a foretaste of the mature composer but is still written in a late-Romantic language. The Symphony, while very enjoyable, is even less like the Holst we know, with Wagner and Dvorˇák in evidence and moments of Elgarian grandeur that don’t quite ring true.

The otherworldly Invocation for Cello and Orchestra (1911), expressively played here by Guy Johnston, is a neglected gem: if Holst had composed two more movements and called it a Cello Concerto it would likely be central to the repertoire.

Davis and the BBC Philharmonic give polished performances and the Chandos sound is impressively lush. However, in the early tone poems and symphony I prefer JoAnn Falletta with the Ulster Orchestra on Naxos. Her readings have a more vital, full-blooded quality.

It turns out that there’s more to Ginastera than a malambo.

Tortelier finds a Frenchman who went his own way.

Blessed be the Bliss-makers, for they have rediscovered a long-forgotten gem.

Sir Andrew and the MSO all kitted out for a high climb.