Holy Fools, the latest album by Australia’s Benaud Trio – Lachlan Bramble on violin, Ewen Bramble on cello and Amir Farid on piano – explores the music of Adelaide composer Luke Altmann. The composer was a nominee in both the Screen Music Awards and the AACTA Awards last year for his score for the documentary The Leunig Fragmentsand his music has been in the Benaud Trio’s repertoire for over a decade. 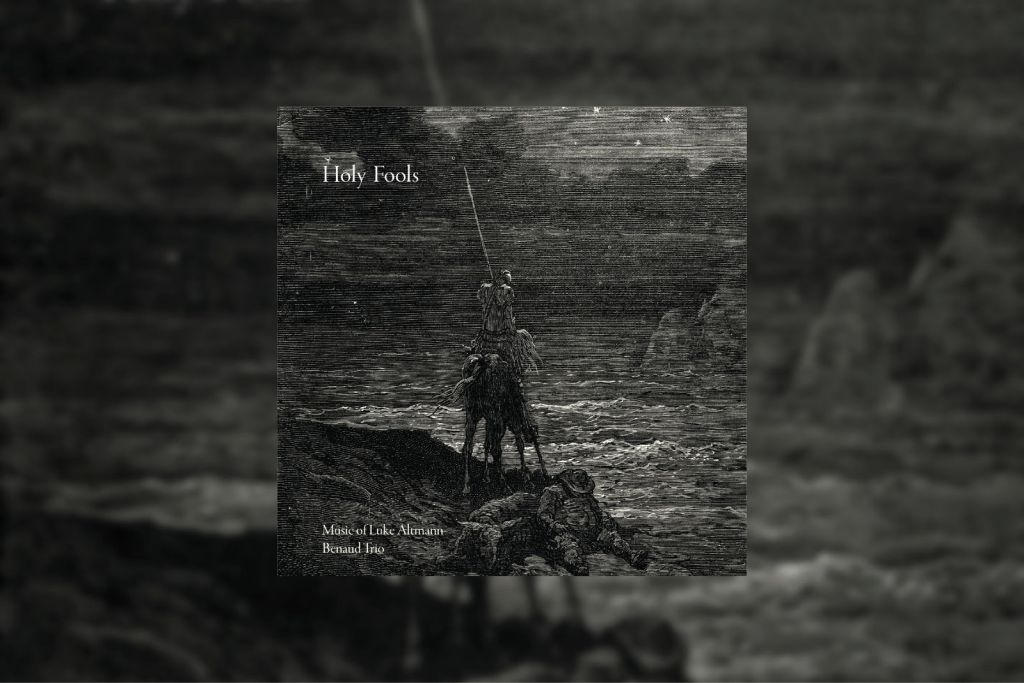 “While a publicist might label this album ‘chamber chill’,” Lachlan Bramble writes in the liner notes, “that would be short-changing the emotional content of the music. A better description for the curious might be the spacious calm of Arvo Pärt touching the melodic wandering and resignation of...

Trio whacks a sextet of Aussie composers out of the park.

I have to admit, I am not one for compilation albums. However, despite its name, the Benaud Trio’s newest release combining fine classical musicianship with pop hits from the 70s to 90s, is not your average mixtape. We jump straight in with the group’s rendition of The Buggles’ Video Killed the Radio Star, presented in a beautiful arrangement by Nicholas Buc that boasts far more dynamism than its original, lending it a new tension and moments of tranquillity. It is thoroughly, and delightfully, surprising. Lullabye (Goodnight, My Angel) is a standout, showcasing Amir Farid’s sensitive piano treatment and the similarly moving Lachlan Bramble and Ewen Bramble on strings. 80s Mixtape brings together a strangely dark Eye of the Tiger, while somehow managing to morph into other hits from Cyndi Lauper to Michael Jackson (who makes an appearance later in the album in Jacksomania!, a tribute to the Jackson 5). Other highlights are Shaken Not Stirred, which brings a new sound to those classic James Bond themes, and the final work, Ben Folds’ The Luckiest, which leaves us with a feeling of closure. It’s likely you’ll have heard every song because as the Benaud Trio says in its notes: “these are…

The Mystery of music production

★★★☆☆ Maybe not marvellous but certainly strong playing from the Benauds.