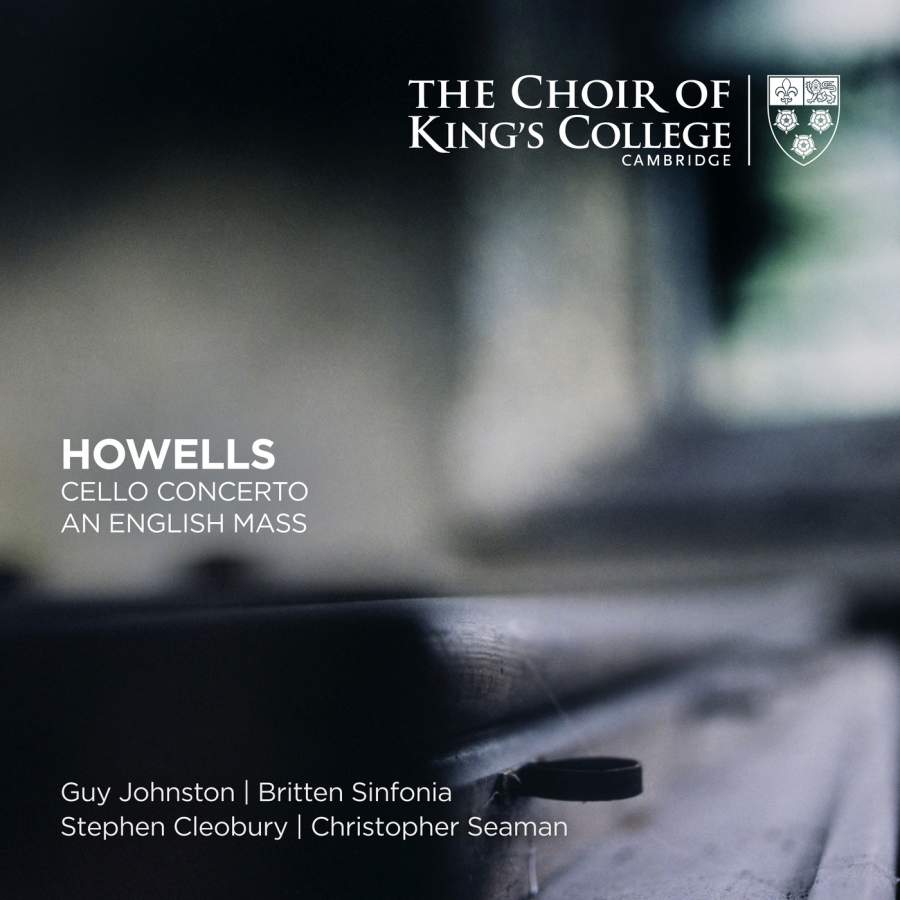 There is an air of valediction about this double album. Retiring at the end of September, after 37 years at the helm of the world’s most famous choir, Stephen Cleobury takes his musical leave of King’s College celebrating the work of Herbert Howells, whose music he has championed throughout his career. Howells’ music is inextricably linked with King’s through the liturgical settings he wrote for the college choir – they are undoubtedly some of the great jewels of English church music. Two of these, in orchestral garb, bookend the first disc. The Te Deum was orchestrated by the composer in 1977 for the Leith Hill Festival, including a new (and quirky) introduction. John Rutter’s sympathetic orchestration of the Magnificat receives its first recording here.

At the centre of this Howells tribute are two works deeply influenced by the death of his nine-year-old son, Michael in 1935. In 1937, Howells completed a Fantasia for Cello and Orchestra as part of his Oxford DMus submission. He made sketches of a further two movements which have been completed by Christopher Palmer and Jonathan Clinch. Guy Johnston gives an impassioned performance of this significant score conducted by Christopher Seaman.

The rarely heard English Mass was written in 1954 for fellow composer, Harold Darke. A profoundly personal mixture of doubt, despair and hope, rather than a clear statement of belief, the Mass has some touching moments and a moving sincerity that is strongly communicated here. Rounding out the program, Cleobury gives fine accounts of three of Howells’ most popular organ works: Paean, Master Tallis’s Testament and Rhapsody No 3, the engineering observing King’s famous organ at a distance. Here is a fine summing up of a long and distinguished chapter in English choral music.

Review: A Voice From Heaven (Choir of The King’s Consort/Robert King)

Here is a disc with the air of luxury about it. To start, what a luxury to hear the voices of Robert King’s Consort by themselves. As part of a vocal and instrumental mix, they are never less than alluring, but there is something particularly luxurious about hearing them a cappella for an entire disc. The choice of programme is also generous and first-rate: we are presented with British works from this century and last, chosen around a broad theme of remembrance, and for the most part in pairs, sharing the same or similar texts. This allows listeners to enjoy familiar favourites as well as ‘classics in waiting’. Amongst the well-known are William Harris’s setting of Bring us, O Lord God and Herbert Howells’ Take Him, Earth for Cherishing. Apart from their crystalline clarity and their impeccable ensemble, the singers deliver superbly expressive singing that takes these already famous pieces to a new level. The same artistry is also at the service of accomplished, more recent settings of these same texts. James MacMillan’s Bring Us, O Lord God brings an edgier but no less ecstatic feel to the text, while John Tavener’s Take Him, Earth for Cherishing uses only the…