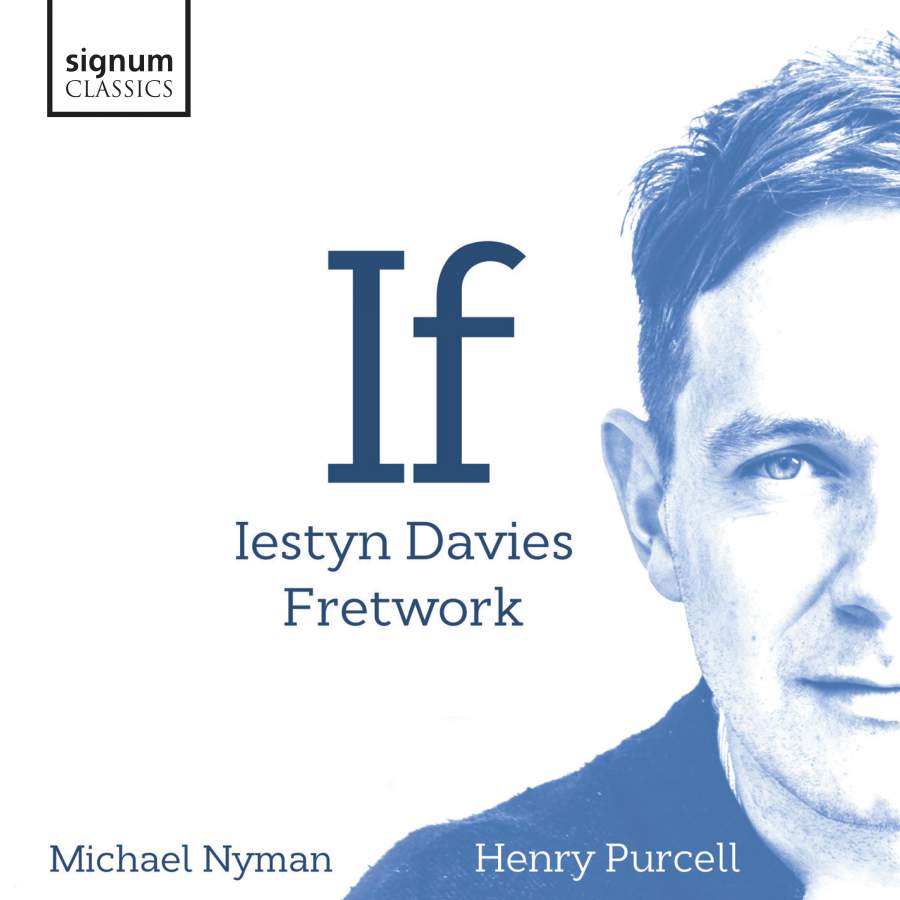 Musical conversations and collisions across the centuries are the basis of British countertenor Iestyn Davies’ latest recital. In collaboration with the viol consort Fretwork, he brings together works by Purcell and Michael Nyman in intriguing and often confrontational juxtaposition. Davies isn’t, of course, the first to trace the instinctive kinship between baroque’s cycling ground basses and chugging arpeggios and minimalism’s mechanistic processes. So, does the program drive the conversation forwards?

What If does brilliantly is cut to the core of the difference between the two worlds. The rhetorical expression and quasi-improvised freedom of Purcell’s O Solitude (beautifully shaped and paced by Davies) and the rapt wonder of Music For A While blaze newly colourful and warm alongside the blanched landscapes of the Nyman. Purcell left no songs with viol accompaniment, so these consort arrangements by Richard Boothby are an innovation, and one that allows the composer’s sinuous accompaniments to weave with new texture around the voice.

The Nyman, by contrast, uses the same forces and processes to very different ends. There’s a wilful restraint (both in expression and musical material) to two extracts from his soundtrack to The Diary of Anne Frank as well as song cycle No Time in Eternity, where Nyman’s music lets Herrick’s aphoristic verses pass cleanly through his hands without inflection or interpretation.

No need to fret with fine performance of Jacobean consorts.

Blowing the dust off the duet is a delight from start to finish.

There seems to be no end to the talents of Iestyn Davies. A thoroughly modern countertenor, Davies is at home in all sorts of venues, whether they be churches, concert halls, opera houses, recording studios or theatres, and wherever he goes he impresses audiences with both the breadth and the quality of his performances. So it is only natural that such a talented performer should want to turn his hand to that greatest of composers, JS Bach. The only problem is, as Richard Wigmore points out in his illuminating notes, “with countertenors confined to English cathedral choirs and castrati to the opera house, ‘alto’ for Bach meant a teenaged boy on the cusp of adolescence.” While from the dual standpoints of vocal technique and timbre, this prospect might have dampened the composer’s enthusiasm for alto solos, particularly in the cantatas, we are fortunate to have Cantata 54 from the Weimar period, Widerstehe doch der Sünde, which Wigmore believes would have been written for a particularly gifted boy alto. Cast in three movements, this musical admonition against sin and Satan is a colourful and expressive work, but Davies and Arcangelo take an intimate and controlled approach, despite all the talk of…

The voice and artistry of Iestyn Davies has always been one of the treats I look forward to when another recording by the King’s Consort comes my way. Here, in a well-deserved accolade we have a disc where we can savour his music making at length – and it does not disappoint. Apart from being a conspectus of Handel’s astonishing dramatic range and technical prowess in the realm of the oratorio, it is also a treasure trove of delights for the alto voice.  Whether in the sober piety of O sacred oracles of truth from Belshazzar or the more bellicose Mighty love now calls to arm from Alexander Balus, Davies is totally in command of his material, spinning out beautifully formed musical phrases and displaying his deep love of the English language at every turn. This very well chosen program shows his honeyed tones in a variety of contrasted contexts. Amongst some of the highlights are the uplifting How can I stay when love invites from Esther, and the tender Mortals think that Time is sleeping from The Triumph of Time and Truth. A few well-chosen duets with Carolyn Sampson add to the pleasure. As much as this disc is…

The rise and rise of Iestyn Davies