When Opera Australia last performed Il Trovatore, nearly 10 years ago, it was in Elke Neidhardt’s Spanish Civil War-set production from 1999. It was time for a fresh look at Verdi’s astonishing middle-period drama of revenge.

Davide Livermore, for whom this is a fourth OA production in as many years after Aida (2018), Anna Bolena (2019) and Attila (2020), also sets the action during the Spanish Civil War although there the similarity ends. Neidhardt sought a real-world context for the traumatic events of the opera; Livermore dives into a metaphorical netherworld of fears, secrets, allegiances, superstitions and psychological scars. Above all there are memories and the need to be remembered. All these pulsate under the surface of the action – such as it is. 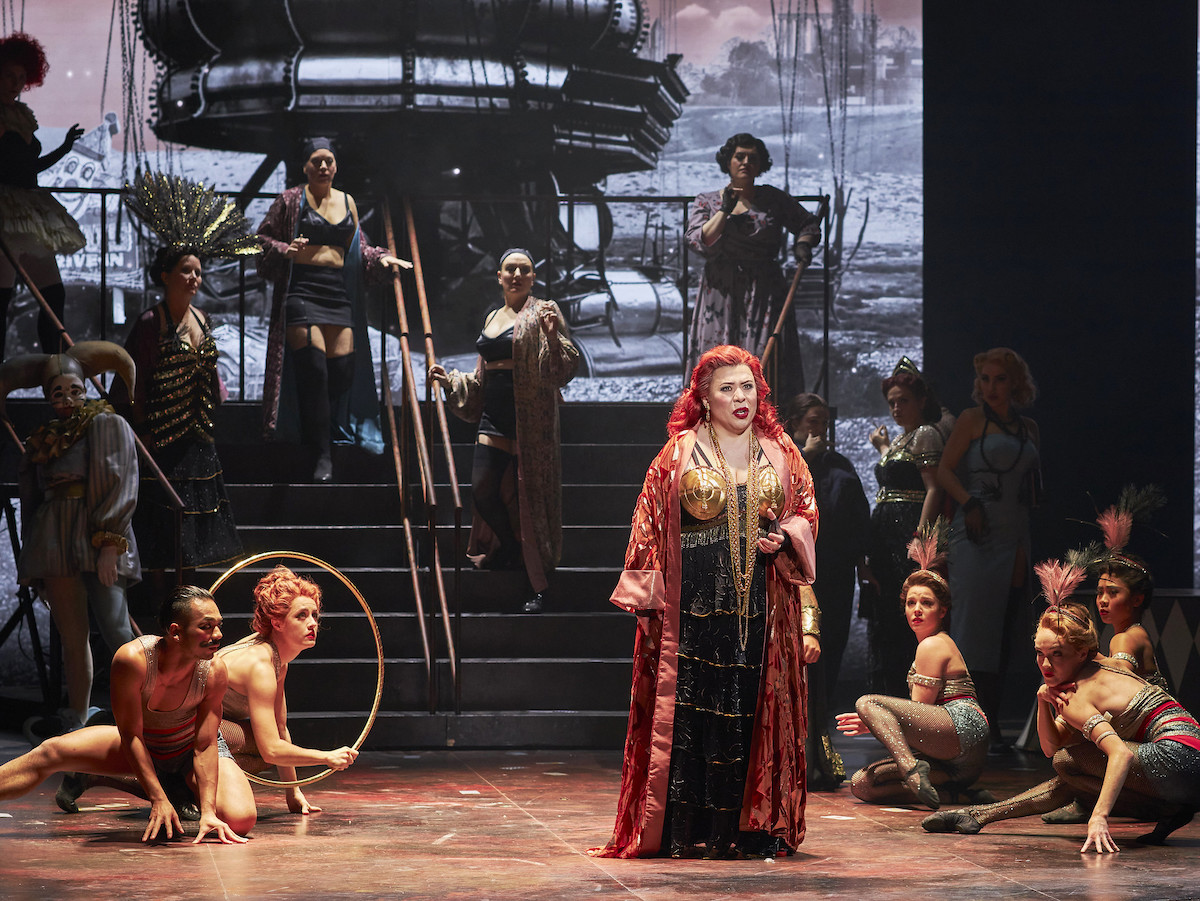 Il Trovatore is a hallucinatory work that concertinas time as it rushes headlong towards disaster with little regard for connecting tissue. The lack of an overture makes that clear from the start. There’s a brief musical introduction and then Ferrando, Count di Luna’s main man, gets things moving by telling a group of the Count’s supporters something they must already know but want to hear again. There was a spell apparently placed on an infant, a witch burned at the stake, a daughter seeking revenge, a child thrown into the fire, the restless spirit of the dead woman. Immediately afterwards there is another story as Leonora, who moves in the same circles as the Count di Luna, tells her confidante Inez about the mysterious man she loves. And soon Ferrando’s tale will be heard from the horrifying perspective of Azucena, the so-called witch’s daughter. Not for nothing is Leonora’s lover a troubadour – a performer – who happens to be Azucena’s son Manrico. Il Trovatore is a story about stories and their power.

OA’s new production is conducted by Andrea Battistoni, now a regular at the company, who this year alone has directed the Opera Australia Orchestra for Turandot and Otello in Sydney, and Orchestra Victoria for Mefistofele. He will conduct Attila in Sydney later in the year. Il Trovatore’s opening performance was a triumph for Battistoni and the OAO. The shape, textures and pacing were exciting and vividly supported Livermore’s conception. The tensions in Il Trovatore are heard in jumpy rhythms, the expressions of love in lyrical streams of sound, the brutality of war in martial brass, the anguish of tortured souls in searing passages of arioso and heroism in explosions of vocal power. The score may not be radical in construction but in the right hands it floods the theatre with unstoppable energy.

Opening the opera, David Parkin commanded the stage with his menacing Ferrando. Later Sian Sharp (Inez) and Iain Henderson (Ruiz) were luxury casting in these small roles and the Opera Australia Chorus was an indispensable part of what was a great night for music.

Il Trovatore famously needs a quartet of singers – tenor, soprano, mezzo and baritone – of equal accomplishment. This production comes close to meeting that requirement, but in a tight finish, honours on opening night went to Elena Gabouri as Azucena. With its thrilling lower register of contralto strength, hers is a voice made for the expression of pain and dread. There was nothing finer on opening night than when she tells Manrico about her mother’s death. Azucena makes an unforgettable entrance with Stride la vampa!, which sets the scene for what’s to come. The aria’s propulsive, insistent rhythm was there but Gabouri tantalisingly held something in reserve for the higher stakes to follow. Il Trovatore’s “wrong child in the fire” is much mocked, almost as a matter of faith; here it was riveting and shocking. Gabouri was stupendous. It was the moment when this production came alive – and made Azucena deserving of her coup in the opera’s final moments. 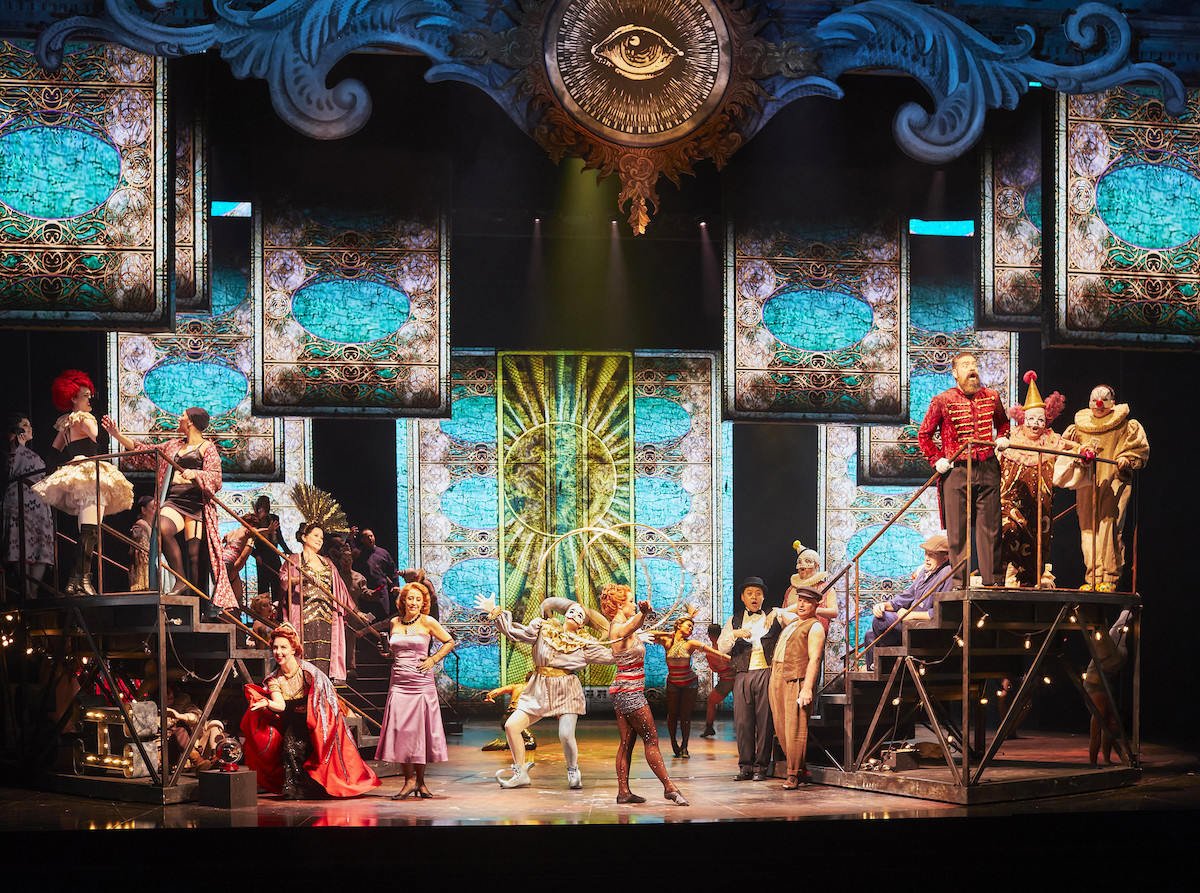 In a memorable OA debut as Count di Luna, baritone Maxim Aniskin brought lyricism and graceful phrasing to his first aria, Tace la notte, in which he expresses his love for Leonora, and later the brutal force that defines a man who says nothing – not even God – can keep Leah Crocetto’s Leonora from him. Crocetto’s huge, sumptuous voice was initially deployed a little too forcefully, unbalancing her first aria Tacea la notte placida. Reined in, her soprano was gorgeous in its bloom, crystalline top notes, delicate ornamentation and dramatic intensity. The sometimes omitted Act IV aria Tu vedrai che amore in terra was magnificent and from here on Crocetto transcended her slightly self-conscious acting to achieve a deeply felt conclusion.

The first notes of Yonghoon Lee’s Manrico were unpromising. His offstage song sounded forced and lacked sweetness. Once onstage, Lee established himself as a bold man of action and passion, singing ardently and with ringing authority, despite an oddly truncated Di quella pira – one verse only and a late dive in to deliver the inauthentic but expected high C. For an alarming, fortunately brief, moment in the first half Lee sounded as if he might have a throat issue but recovered quickly to give one of the best performances he’s given on the stage here. And they are many. Lee is practically a resident Australian, having this year alone already sung Calaf and Otello for OA.

The conflict in this Il Trovatore is only nominally the Spanish Civil War. It’s closer to an unstable state, and unstable state of mind. Sometimes characters have guns, as befits the 20th-century setting, at others they have the swords of 15th-century Spain. It’s a world in constant flux. There’s no doubt digital imagery is a powerful tool in the depiction of shifting sands and, as with his previous OA productions, Il Trovatore is designed using mainly digital means by regular Livermore associates Giò Forma and D-Wok.

The designers are clearly still delighted with the possibilities offered by the huge LED screens that glide gracefully about the stage, not always fruitfully. The pluses are melting scene transitions and imagery that supports or amplifies the drama, such as fiery or stormy skies that boil and melt. Skulls and skeletons may not be subtle reminders of Il Trovatore’s dance with torture and death, but they are arresting images nevertheless (although the gigantic restless eye that evoked the gruesome death of Azucena’s mother was perhaps a step too far). The less glitzy abandoned ferris wheel, burning buildings and blasted landscape were more eloquent. The downside is visual over-stimulation and, to accommodate the LED screens, placement of singers well downstage in a stand-and-deliver style not conducive to emotional engagement between characters or between the work and the audience. 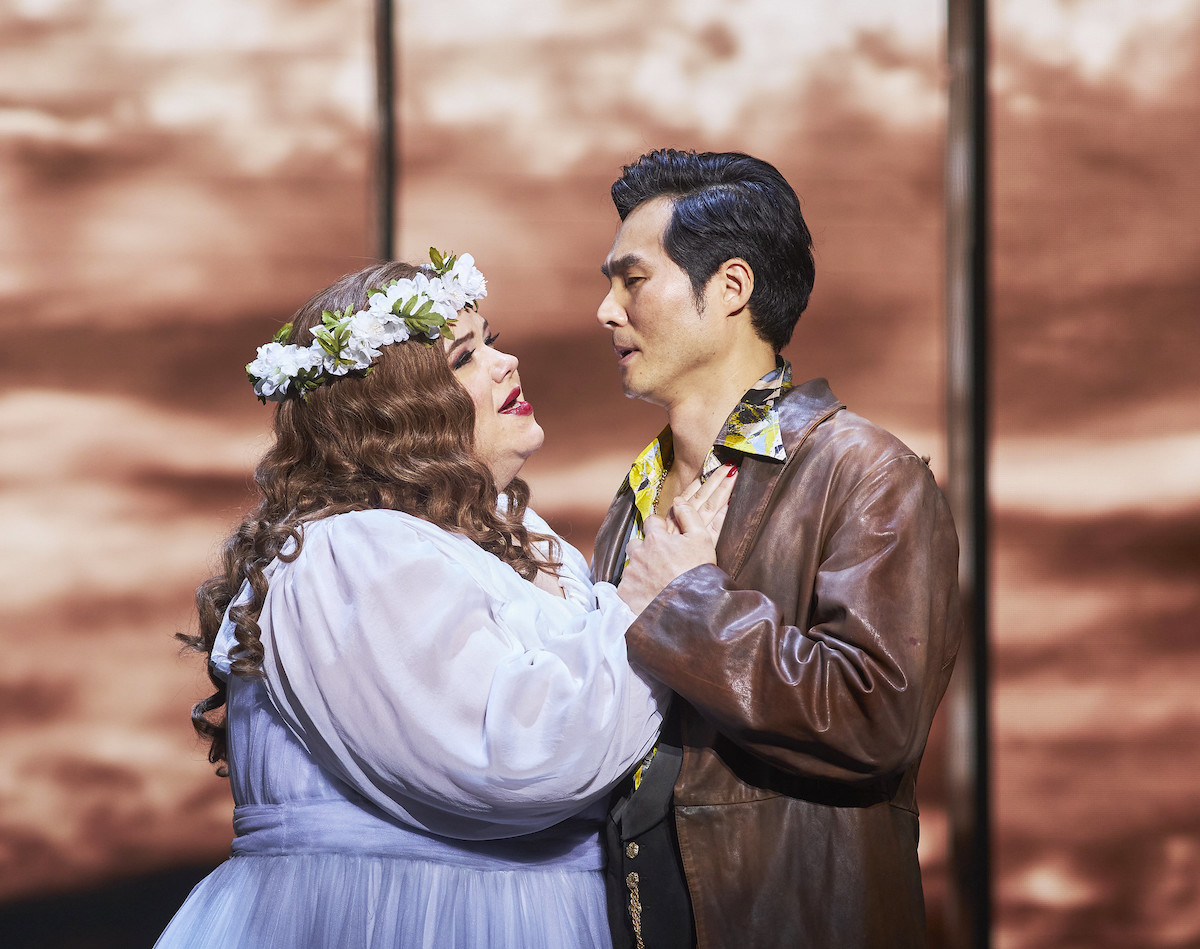 This was an issue early in Il Trovatore as characters were being introduced. Later, there were striking marriages of form and content, and there was unqualified success with Livermore’s conception of Verdi’s gypsies as Romani circus performers who flood the stage at crucial moments. There is the wow factor of acrobats, contortionists and jugglers as well as the more enigmatic, and sometimes unsettling, sense of circus performers as people who live outside of society by their own rules. The “angels” with bloodied wings who stand watch outside Manrico and Azucena’s place of confinement are a masterstroke.

Livermore’s take-no-prisoners style can be seen again later this year when Verdi’s early Attila has yet another comeback. Due to the pandemic it has had a rocky and brief performance history here so far, but is back on the Sydney schedule for four performances only in October and November. Like Il Trovatore, it is a must.