A billowing blue gauze hid the back of the stage of City Recital Hall, the traditional ‘shoebox’ concert hall which has provided traditional classical ensembles with a close to ideal performing arena for two decades. From behind the gauze came tantalising sounds – footsteps, chairs shifting, pages turning and faint sounds of fingers testing strings for tuning. Then, with the entrance of a parade of extravagantly costumed party animals the lighting shifted to reveal a full orchestra behind the gauze, enclosed by a massive gilt picture frame. The gauze fell away and the party began. 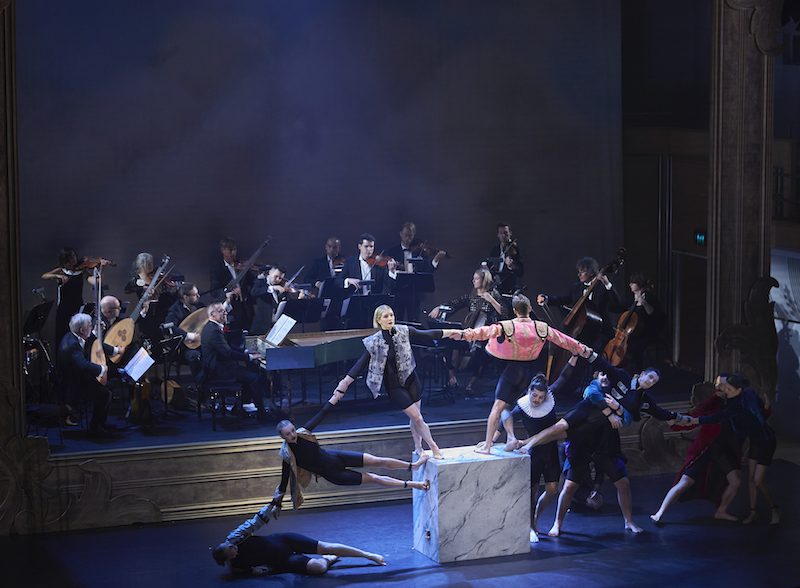 Italian Baroque is the fourth collaboration between Australia’s leading historically-informed performance ensemble and Circa, the Brisbane-based, internationally-acclaimed contemporary circus company. From what could have been merely a novelty, the creative relationship between the two has developed into a fascinating conversation about the nature of music, art, entertainment and spectacle.

There is plenty of entertainment and spectacle in Italian Baroque. The program is structured...