Naxos’ commitment to championing the music of the Bavarian composer Johann Simon Mayr (1763-1845) continues with yet another world premiere recording. This time, it’s his melodramma serio in two acts Alfredo il Grande, re degli Anglo-Sassoni (Alfred the Great, King of the Anglo-Saxons), first performed in Bergamo in 1819 – reportedly to great acclaim. 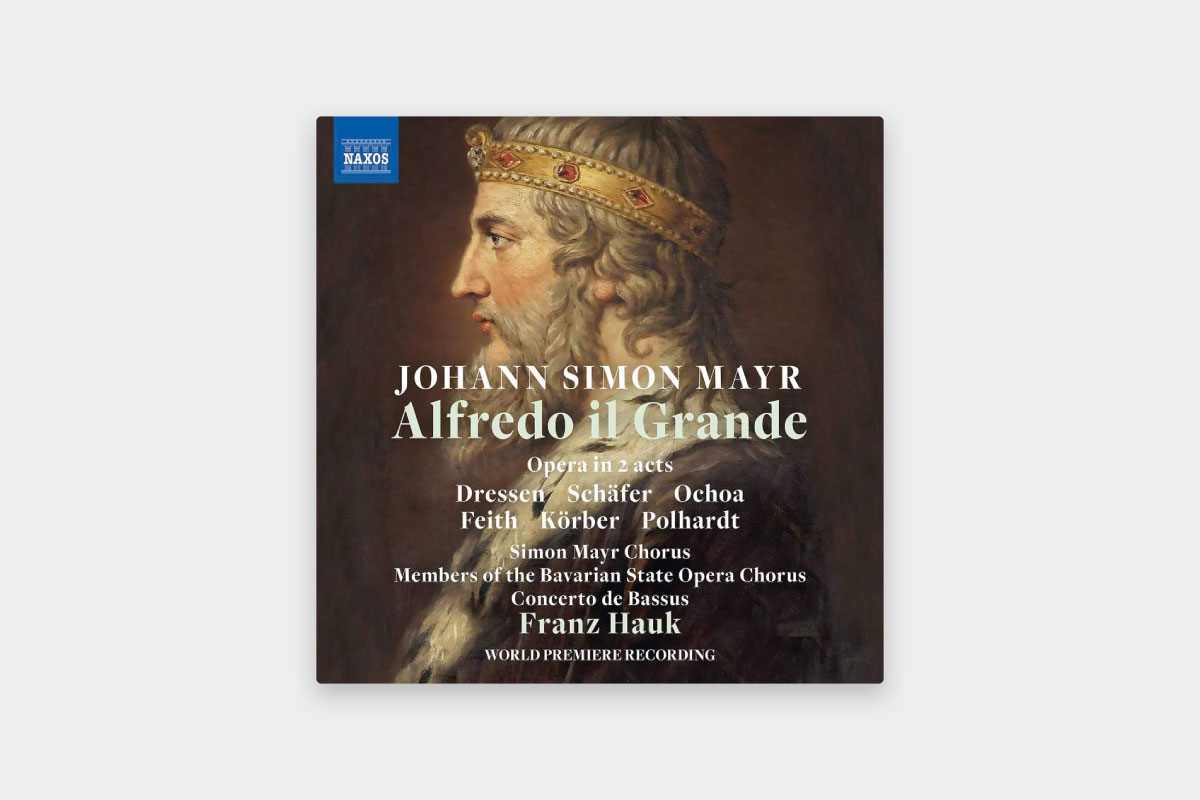 This wasn’t the first time Mayr drew on medieval English history for his operatic plots. There was La Rosa Bianca e La Rosa Rossa (The White Rose and the Red Rose), referring of course to the Wars of the Roses, and first performed in 1813. The following year, Le Due Duchesse received its premiere. It was set during the reign of Edgar the Peaceful, who died in 975.

For Alfredo il Grande , Mayr got his pupil Bartolomeo Merelli to adapt part of an earlier libretto by Gaetano Rossi, for the ill-received opera Eraldo ed Emma