The 20th-century English composer John Ireland concentrated on chamber music and songs. His one large orchestral work, the Piano Concerto, remains the finest British example of that genre. He was a meticulous and serious offshoot of the English pastoral school, without being as folksong-based as Vaughan Williams. 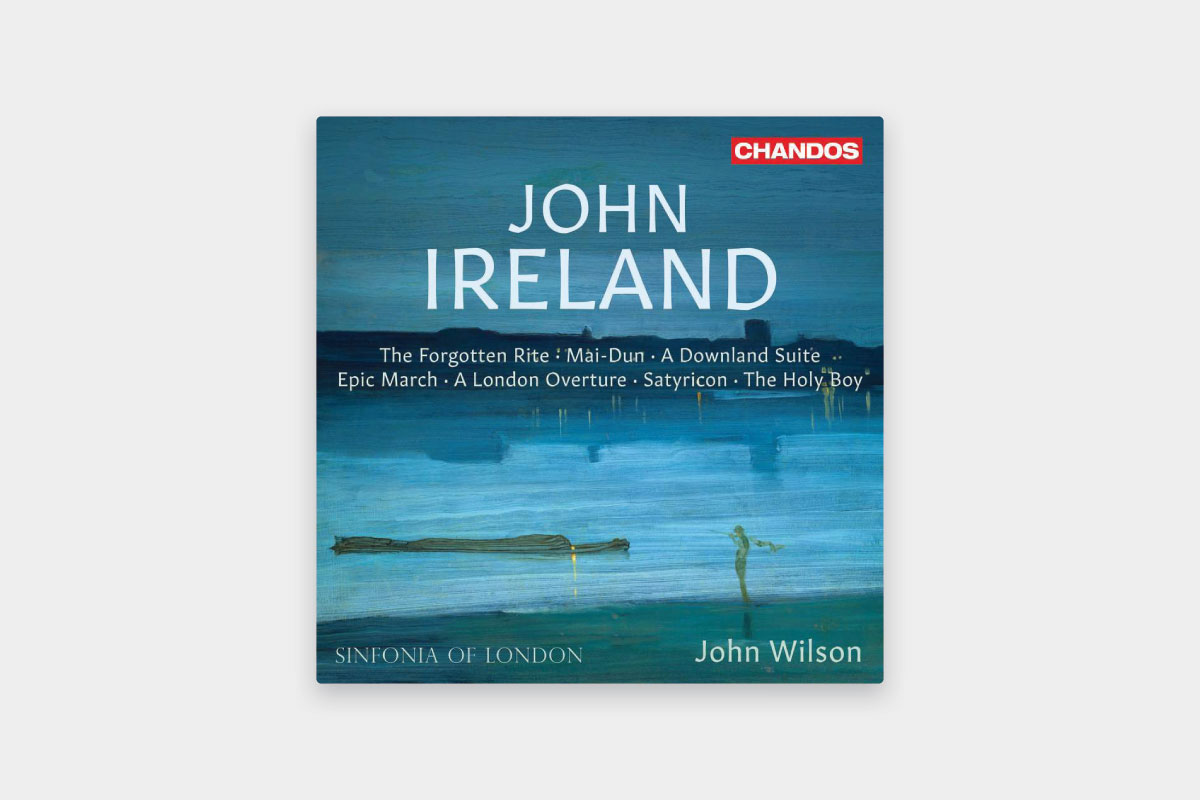 Here, conductor John Wilson and his Sinfonia of London give the bulk of Ireland’s orchestral output their usual crisp yet sensitive treatment. The overtures are buoyant: A London Overture (with its “dilly, Piccadilly” rhythm, courtesy of a bus conductor) presents a delightfully nostalgic view of London, while the rambunctious Satyricon Overture includes an enchanting central theme. Mai Dun, and the early Forgotten Rite both exude a mysterious atmosphere, displaying Ireland’s textural subtlety in orchestral writing. In these symphonic poems we are firmly in Bax territory, yet Ireland is more subdued and more original in many ways.

The Downland Suite is less distinctive: it works best in its original brass band form. The suite is heard here in a version for strings by Ireland and Geoffrey Bush, which benefits the lovely Elegy but dulls the rest. Finally, The Holy Boy (a string arrangement of a choral setting) and the Elgarian Epic March fill out the program.

Wilson has made a previous recording of this music with the Hallé Orchestra on their house label, substituting a suite from Ireland’s film score The Overlanders for the Downland Suite. The earlier disc is excellent, but Chandos’ sound and the Sinfonia’s discipline win the day.

A promising start to a musical journey promising seriousness and humour along the way.

Intense taletelling of Czech and Hungarian works for cello and piano from cellist Laura van der Heijden and Jâms Coleman.