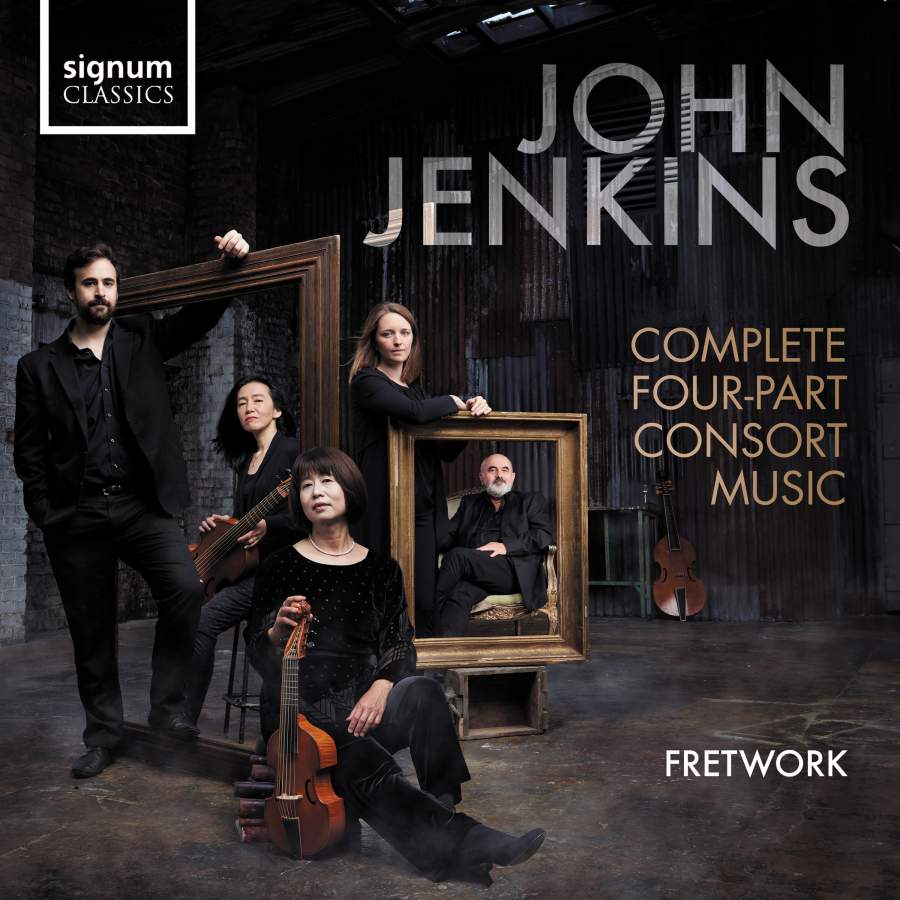 Founded in 1986, Fretwork is one of the finest viol consorts around. Their repertoire covers all of the usual suspects, but extends into the 21st century as well – they’ve played works by everyone from Nico Muhly to Elvis Costello. On the more traditional side of the viol repertoire, here they perform the complete four-part consort music by Jacobean composer John Jenkins. He’s not the most often-performed writer of music for the viol consort these days (that honour would probably go to William Lawes), but Jenkins’ music is wonderful, full of aching melodies and twisting counterpoint.

Most of Jenkins’ life was spent in teaching and writing music for noble families throughout England. At one point, he worked for the North family, a major political player of the time. The young Roger North left us a charming portrait of Jenkins that informs us that “there were more consorts of his composing went about among the performers in his time than all the rest of his contemporaries, till he got almost the monopoly of consort music”.

These two discs comprise 17 fantasias and two pavanes, one in D Minor and one in E Minor. Jenkins’ part-writing comes through so gloriously crisp and clear that you’ll want to listen on headphones or a decent sound system if you can.

It’s all fabulous stuff, though two discs of essentially nothing but fantasias is an awful lot and they can sound fairly similar when placed next to each other. I’d advise listening in chunks to allow you to really appreciate the network of melodies that Jenkins and Fretwork weave. Listening to one piece at a time allows you to concentrate properly on just how well Jenkins wrote for the viol consort, and just how well Fretwork understands this music. These discs will be strongly appreciated by all fans of music pre-Bach.