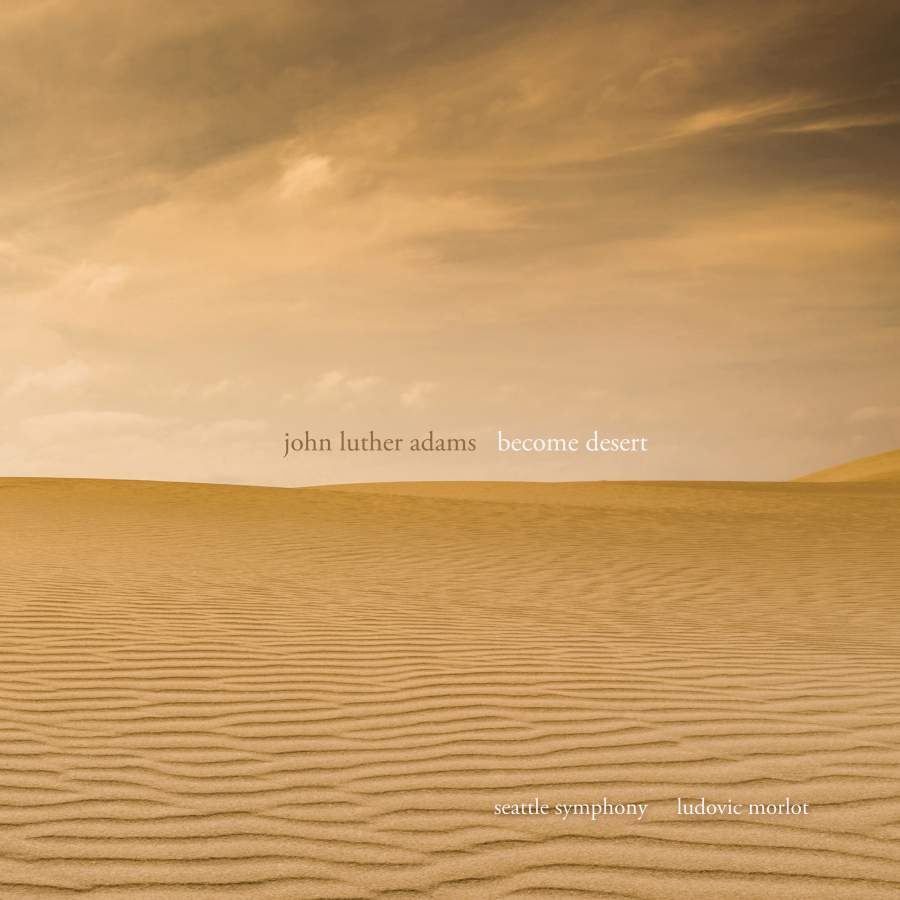 Become Desert is the stunning third and final work in a trilogy that began with 2010’s Become River and the acclaimed Become Ocean from 2013, also recorded with the Seattle Symphony under Ludovic Morlot. It speaks to John Luther Adams’ lifelong fascination with wilderness in the American mind. “Become Desert is both a celebration of the deserts we are given, and a lamentation of the deserts we create,” he says. Adams hopes to convey a sense of “swimming in light”.

Much like the composer’s other works, through thoughtful reflection it evokes a deep concern with our relationships to the environment. He says of the new composition that “I’m not interested in painting a picture, or telling you a story in music. I want to invite you into something that’s larger than we are, and allow you to find your own way.”

Become Ocean saw the Seattle orchestra divided into three separate parts to create a sense of vastness and undulating rhythms, and Adams’ follow-up is similarly concerned with evoking space: five different ensembles, extracted from the symphony and a large choir, move along at five different tempos. In a live setting, they surround the audience.

Although the music seems daunting, Become Desert is a much calmer and more inviting piece than the intricate, winding River and his dark and aggressive Ocean. The sonic experience is deeply engrossing and enjoyable; it is a remarkable work in which textures and sounds are light and shimmering, and often ephemeral as they float off into the desert vastness.

Cantaloupe Music has released Become Desert in Dolby 5.1 and Atmos mixes to preserve the spatial dimensions of the composition; the recording itself, made in September 2018, is pristine and the Seattle Symphony under Morlot’s experienced hand is in top form evoking the shimmering stillness of Adams’ desert meditation.

A captivating exercise in listening, for players and audience alike.

An intriguing Australian premiere with assured accounts of old favourites.

Pulitzer Prize winner and other hot properties prove their worth in Melbourne.