Nymphs and shepherds have been somewhat out of vogue these last 30 years or so, but Robert Hollingworth and I Fagiolini are doing their best to revive the flagging fortunes of the English madrigal. They hope the curious life of composer John Wilbye and his subtle, inventive text setting will get singers and audiences interested again in this most English of musical forms. 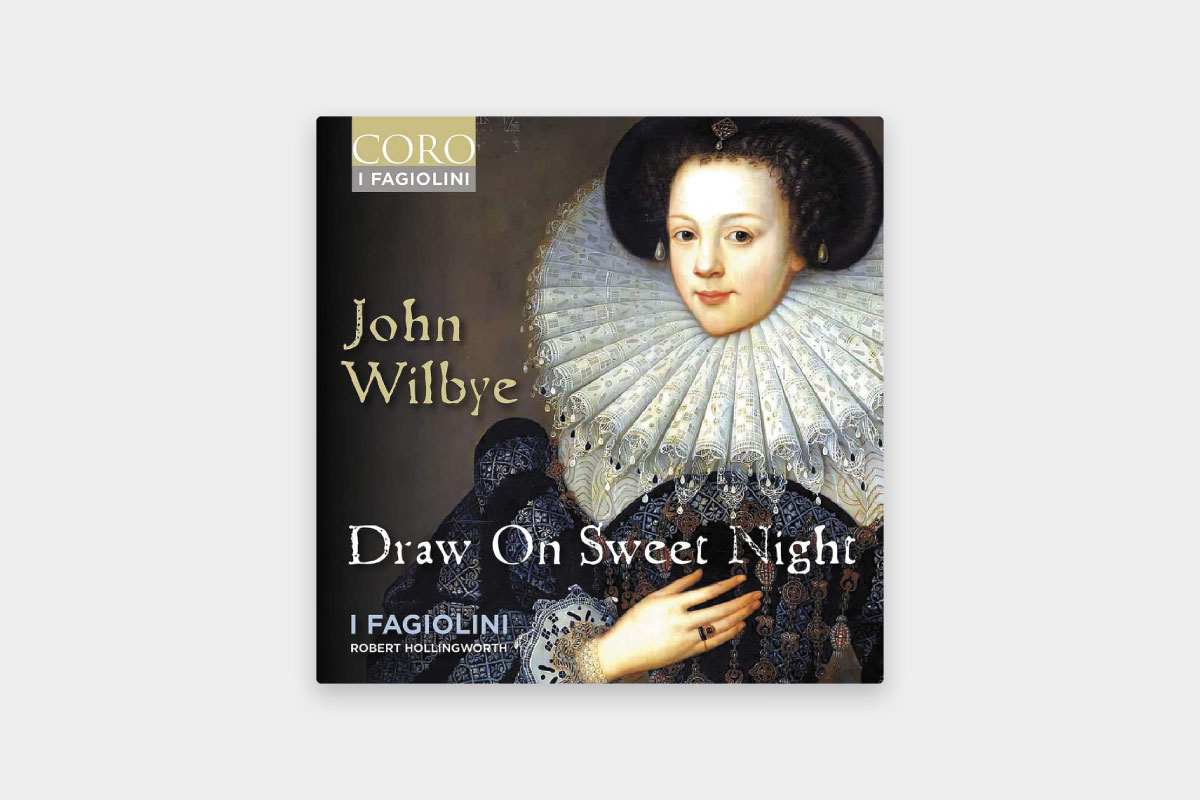 Wilbye, the son a tanner, worked his way up to become a composer in the household of the wealthy, music loving Kytson family. Capitalising on the demand for madrigals in English, Wilbye published two books of them, the first in 1598 at the age of 24, and the second in 1609. This second publication is widely regarded as one of the greatest flowerings of the English madrigal. A 2015 Tony Britten film Draw On Sweet Night (for which I Fagiolini provided the music) explores Wilbye’s personal relationships and the seemingly lavish patronage the Kytsons bestowed on him.

This program of 25 madrigals (about a third of Wilbye’s total output) shows his mastery of the miniature form; pithily distilling the essence of a text through harmonic and textural manipulation. Wilbye’s most famous work, Draw on, sweet night, a majestic but dolorous six-part setting, contrasts with the five-part Sweet honey-sucking bees where Wilbye quickly rings the changes between the search for honey and the sting of love. Striking downward chromaticism effectively characterises the pining heart in Oft have I vowed.

Recorded to evoke the domestic setting in which these madrigals would have originally been sung, I Fagiolini radiate an enjoyment in each other’s musical company that bears fruit in clarity, textual relish and assured ensemble. Such qualities may just encourage the nymphs and shepherds to reappear.

The Sixteen gift us sublime songs of serenity and solace.

A treat that will live long in Canberra’s memory.