Il Vologeso was written by the Neapolitan composer Niccolò Jommelli (1714-1774) to a libretto by Mattia Verazi (c.1730-1794). It was first performed in Ludwigsburg palace’s magnificent opera house in 1766. The story is set in Ephesus, c.164AD; the plot revolves around the efforts of Lucio Vero, who jointly rules Rome with Marco Aurelio, to win the affections of the conquered Parthian king Vologeso IV’s bride, Berenice. 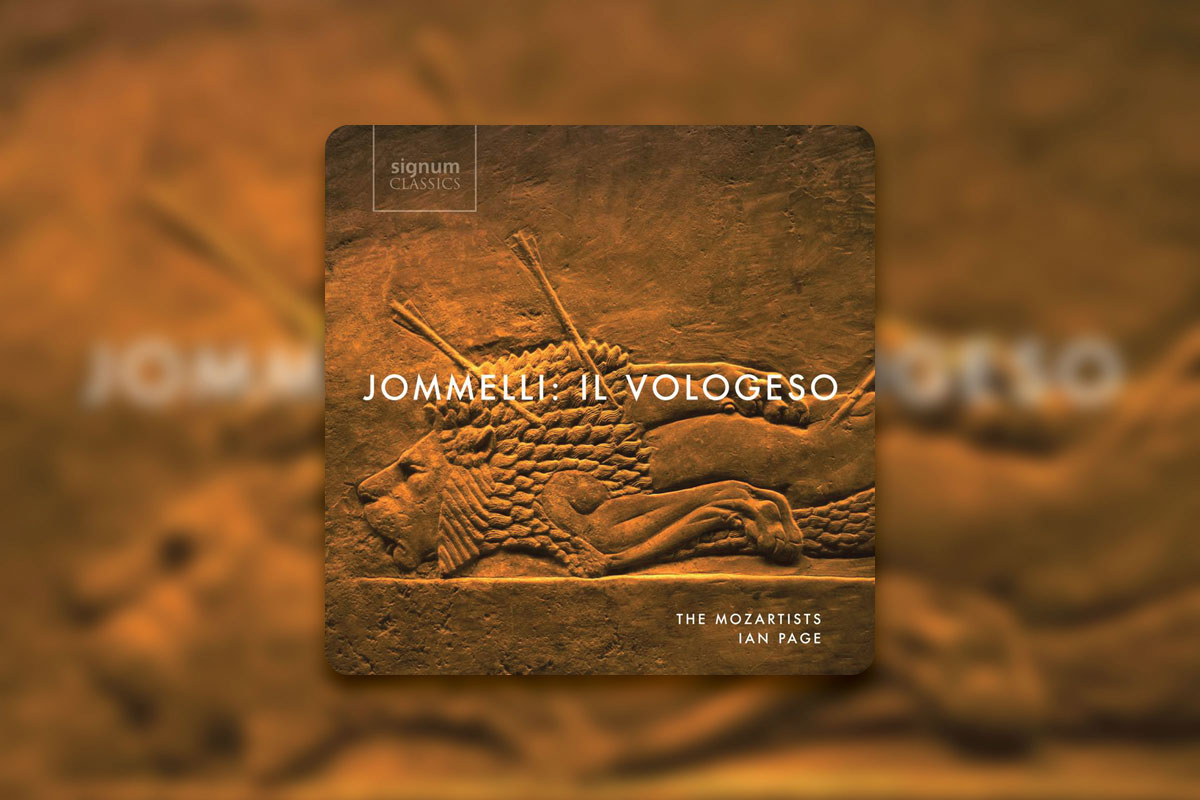 Jommelli’s music is protean, dynamic and responsive both to the letter and the spirit of Verazi’s text. The Mozartists’ conductor Ian Page is right when he says it “provides an operatic equivalent of the Sturm und Drang movement which was sweeping across Europe in instrumental music”.

This 2016 live recording at London’s Cadogan Hall by The Mozartists owes its existence to unusual circumstances. Firstly, that the band’s MOZART 250 project should, for each year between 2015 and 2041, explore the music that was written and performed 250 years previously, thus placing Mozart’s...

The British conductor talks to us about Mozart in London, Limelight's Recording of the Month in September.

Review: Mozart in London (Classical Opera and The Mozartists)

Wolfgang’s Boy’s own story: Maybe it’s because, for all of 15 months, Mozart was a Londoner.

In which the teenage genius shows his operatic hand.

The young English soprano Sophie Bevan brings plenty of drama and panache – as well as a yearning tenderness – to a delightful programme of concert arias, including the three written for the Czech diva Josefa Dušek, two by Mozart and the other by a young Beethoven. Over a generous 70 minutes Haydn is well represented by Scena di Berenice and his beautiful Petrach sonnet setting, Solo e pensoso. But it’s the four Mozart pieces and Beethoven’s Ah! Perfido, the album’s closer, which show us why Bevan won the 2010 Critics’ Circle award for Exceptional Young Talent. One of the highlights is the lovely duet with The Mozartists’ oboist Rachel Chaplin in the cavatina from Mozart’s Ah, lo previdi. Bevan is a talent to watch. She’s perfectly suited to this material, admirably backed by the period instruments of The Mozartists.  This is the first recording by the offshoot of Ian Page’s acclaimed Classical Opera, with whom Bevan has recorded whole operas as well as appearing with them regularly in concerts. The 34-year-old has also performed at Covent Garden, English and Welsh National Operas and Glyndebourne as well as in Europe. Perfido! was recorded in a church in Kilburn, London. It has…

Mozart started work on his incomplete opera Zaide in 1779 at the age of 23, finishing just 15 numbers before setting it aside to write Idomeneo. Its two acts – there would have been three – are however filled with some wonderful music including two melodramas and the most famous number, Zaïde’s Ruhe sanft. Act One finds Gomatz (Allan Clayton) among the slaves of Sultan Soliman (Stuart Jackson). He sleeps to forget his plight and, as he does, Soliman’s favourite odalisque Zaide (Sophie Bevan), sings Rest gently by his side. Soon enough, Gomatz, Zaide and sympathetic guard Allazim (Jacques Imbrailo) plan their escape. Act Two sees the hapless lovers recaptured and condemned to die. This is yet another superlative addition to Ian Page’s period ensemble Classical Opera’s critically acclaimed complete cycle of Mozart operas. The brilliance of the orchestral playing is established from the beginning with a highly dramatic reading of an overture lifted from Mozart’s incidental music to Thamos, König in Ägypten. Those following British soprano Sophie Bevan’s stellar career will find nothing to disappoint, while arias such as Gomatz’s Rase, Schicksal, wüte immer (Fury, destiny, keep on raging) allow Clayton to demonstrate his own mastery of early Classical…

Mozart’s two-act serenata Il Re Pastore was written in 1775 in response to a commission by the Archbishop of Salzburg. Metastasio’s libretto, based on a Torquato Tasso play, tells the story of Alexander the Great’s attempts at diplomatic matchmaking after his defeat of Strato, tyrant of the Phoenician city of Sidon.  Alessandro (John Mark Ainsley) finds the true heir to the throne of Sidon in lowly shepherd Aminta (Sarah Fox), brought up in ignorance of his royal lineage. He and Elisa (Ailish Tynan) are in love, but Alessandro is unaware of this and tries to marry Aminta to Strato’s daughter, Tamiri (Anna Devin), who in turn is in love with nobleman Agenore (Benjamin Hulett). Confusion ensues, after which Alessandro cuts this particular Gordian Knot by making Aminta and Elisa rulers of Sidon and giving Agenore and Tamiri another kingdom to rule over. This fourth volume in Classical Opera’s planned complete survey of Mozart’s operas is every bit as terrific as the first three, with dramatically fulsome singing from all five soloists. Aminta’s famous arias Aer Tranquillo and L’Amerò are of course particular highlights, while Ainsley’s Si Spande al Sole in Faccia shows he’s lost none of the eloquence and agility…

Mozart: The Other Operatic Masterpieces

Did you know that the Salzburg wunderkind wrote 22 operas? Gavin Dixon investigates whether we might be missing a trick or two. Continue reading Get unlimited digital access from $3 per month Subscribe Already a subscriber? Log in