A dyspeptic tale of a between-stairs tryst that ends in suicide, August Strindberg’s Miss Julie shocked audiences with its caustic depiction of power, privilege and sexual exploitation at its 1889 premiere. Its abiding power to disturb saw it banned in the UK until 1939, and it wasn’t until 1984 that it was published uncensored in the playwright’s native Sweden. 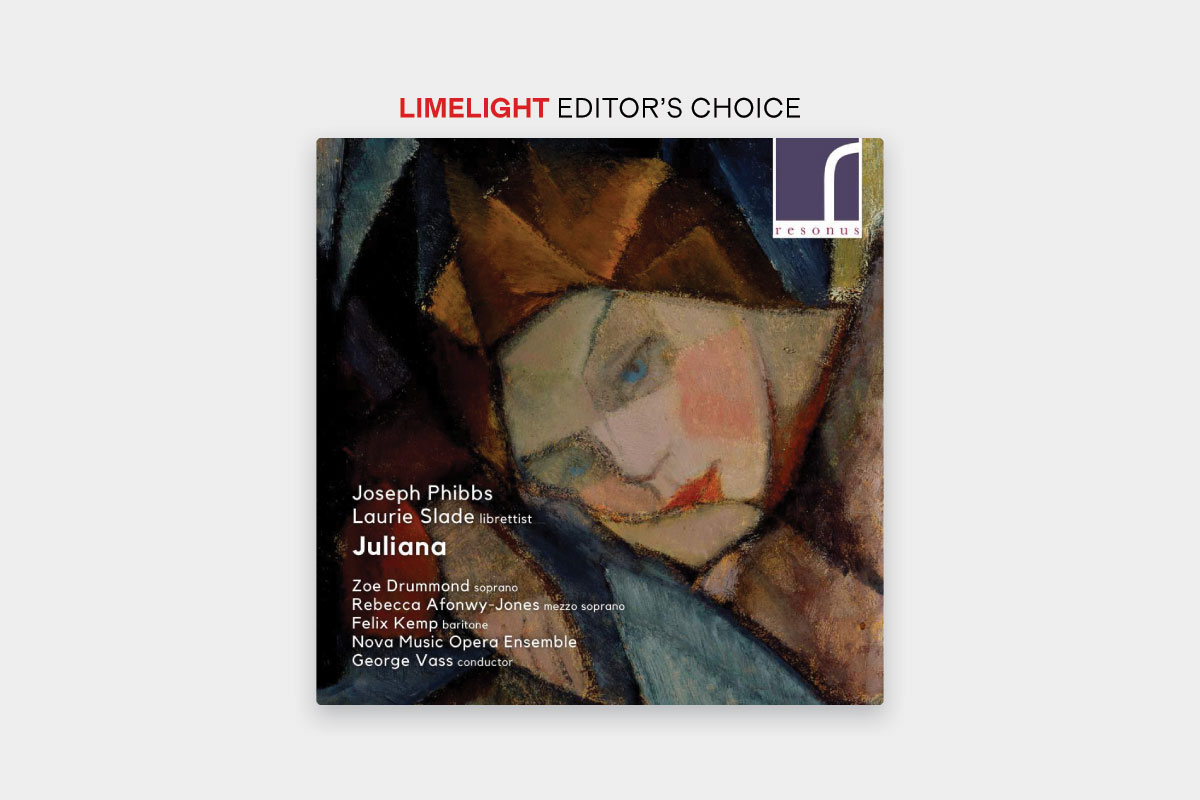 Its dark allure has prompted several film versions, a television adaptation, a ballet and a quartet of operas, including those by Ned Rorem, William Alwyn and Philip Boesmans. Juliana, its most recent reiteration, finds the original’s late-19th-century setting updated to the present day, Laurie Slade’s libretto transforming the titular aristocratic daughter into a pampered and spoilt scion of a multi-millionaire businessman desperate for distraction from her Riviera lifestyle, the manservant Jean becoming an immigrant Bolivian chauffeur, Juan, with a dubious past.

Premiered in 2018 at the Cheltenham Festival (co-commissioners with the Presteigne Festival and Nova Music Opera Ensemble), Juliana makes its debut on disc with this vividly performed and recorded realisation by the ensemble under George Vass.

Chamber-sized and concentrated – three singers and eight instrumentalists in a compressed 79 minutes – Juliana finds Slade and composer Joseph Phibbs in perfectly pointed harmony. Slade tellingly, topically underlines Strindberg’s darker preoccupations by employing the tropes of the self-indulgent super-rich – a lifestyle of private jets and powerboats fuelled by cocaine – while acidly tapping into contemporary neuroses by attributing a history of sexual abuse between Juliana and the absentee father she idolises.

In his impressive first opera, Phibbs responds with an expressive, multi-faceted score that has something of Benjamin Britten out of Thomas Adès about it, although a debt to Leonard Bernstein is evident in the early percussive ‘Dance Sequence’, complete with clapping, whistles and cowbells.

Phibbs responds in meticulous kind to the calculated artifice of Slade’s libretto with music that makes much of animated percussion, knowingly insinuating woodwinds and strings that offer their own telling commentary with sinuous dexterity.

In the demanding title role, Australian soprano Zoe Drummond nimbly moves from capricious entitlement to fragile vulnerability in a characterfully sung performance marked by nuanced emotions and a vital engagement with libretto and score. She is well matched by baritone Felix Kemp’s masculine Juan and mezzo-soprano Rebecca Afonwy-Jones, who reprises the role she created as the jilted and sidelined housekeeper, Kerstin, with biting aplomb.

George Vass conducts with a sure and sensitive hand, the compact Nova Music Opera Ensemble play with a vibrant, fierce and feisty commitment fully attuned to Phibbs’ accomplished score.

Presteigne presses all the right buttons with a ravishing collection of new British music.

From Ives to Clarke, an intriguing mix of the familiar with the less-so.

A rich aspect of MacMillan’s music opened up in polished performances.

Another welcome addition to Ethel Smyth's output shows off her lighter side on the excellent boutique Retrospect Opera label.

She may never get to be Mary Poppins, but thanks to a lot of hard work and competition success she will fly to the Big Apple. Continue reading Get unlimited digital access from $3 per month Subscribe Already a subscriber? Log in