Kip Williams made unforgettable theatre magic with his 2020 Sydney Theatre Company production of The Picture of Dorian Gray in which he adapted Oscar Wilde’s famous novel to be performed by just one actor –  the extraordinary Eryn Jean Norvill, who played 26 roles.

He also used live and pre-recorded video in inspirational fashion on a gradually increasing number of screens to tell the story in a way that mirrored the themes of Wilde’s gothic melodrama. 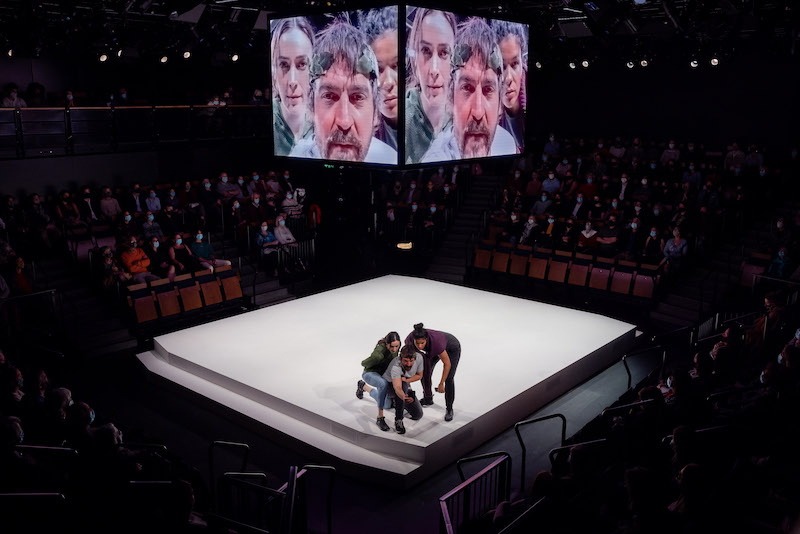 For this new production of Shakespeare’s celebrated history play Julius Caesar, Williams has adapted the script (originally written for around 30 characters) for a cast of three – and what a terrific trio he has chosen in Geraldine Hakewill, Ewen Leslie and Zahra Newman. Once again, he uses pre-recorded and live footage – only this time the live video is recorded by the actors on smartphones rather than by a camera crew.

It’s an equally audacious venture and much of it works brilliantly, but it’s...