Jurrungu Ngan-ga, the new work from Indigenous intercultural dance company Marrugeku, has been years in the making – not just because of its creative development process but because of numerous setbacks due to border and health restrictions caused by COVID.

After several postponed openings, the multimedia production has now finally premiered at Carriageworks, where Marrugeku is a resident company. It was to have been part of Sydney Festival, but the company withdrew from the Festival programas part of the boycott over support from the Israeli Embassy for the dance work Decadance. 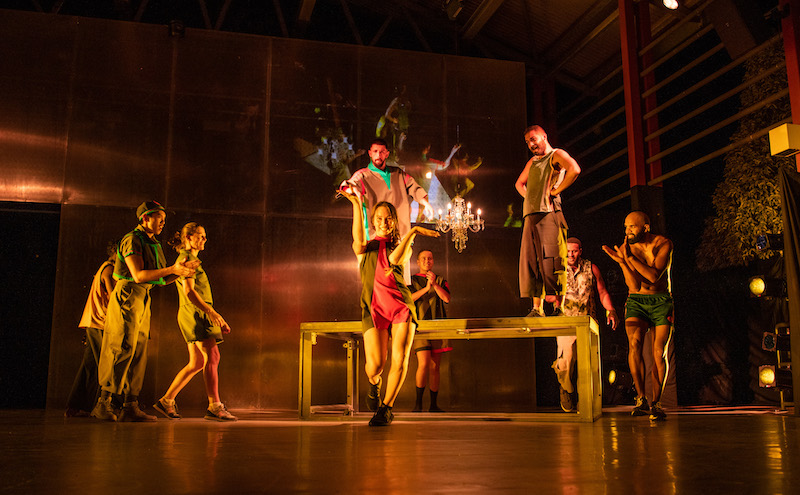 A visceral exploration of the disproportionate incarceration of Indigenous Australians, deaths in custody, and the experience of asylum seekers in immigration detention centres, Jurrungu Ngan-gahas many powerful sections, though some scenes feel overlong and weigh it down a bit.

Jurrungu Ngan-gagoes back to 2016 when choreographer/dancer Dalisa Pigram and director/dramaturg Rachael Swain, who co-run the company from Broome and Sydney, had a conversation with Pigram’s grandfather Patrick Dodson, the Yawuru law...

Creating a symphonic song cycle from Behrouz Boochani’s No Friend but the Mountains.