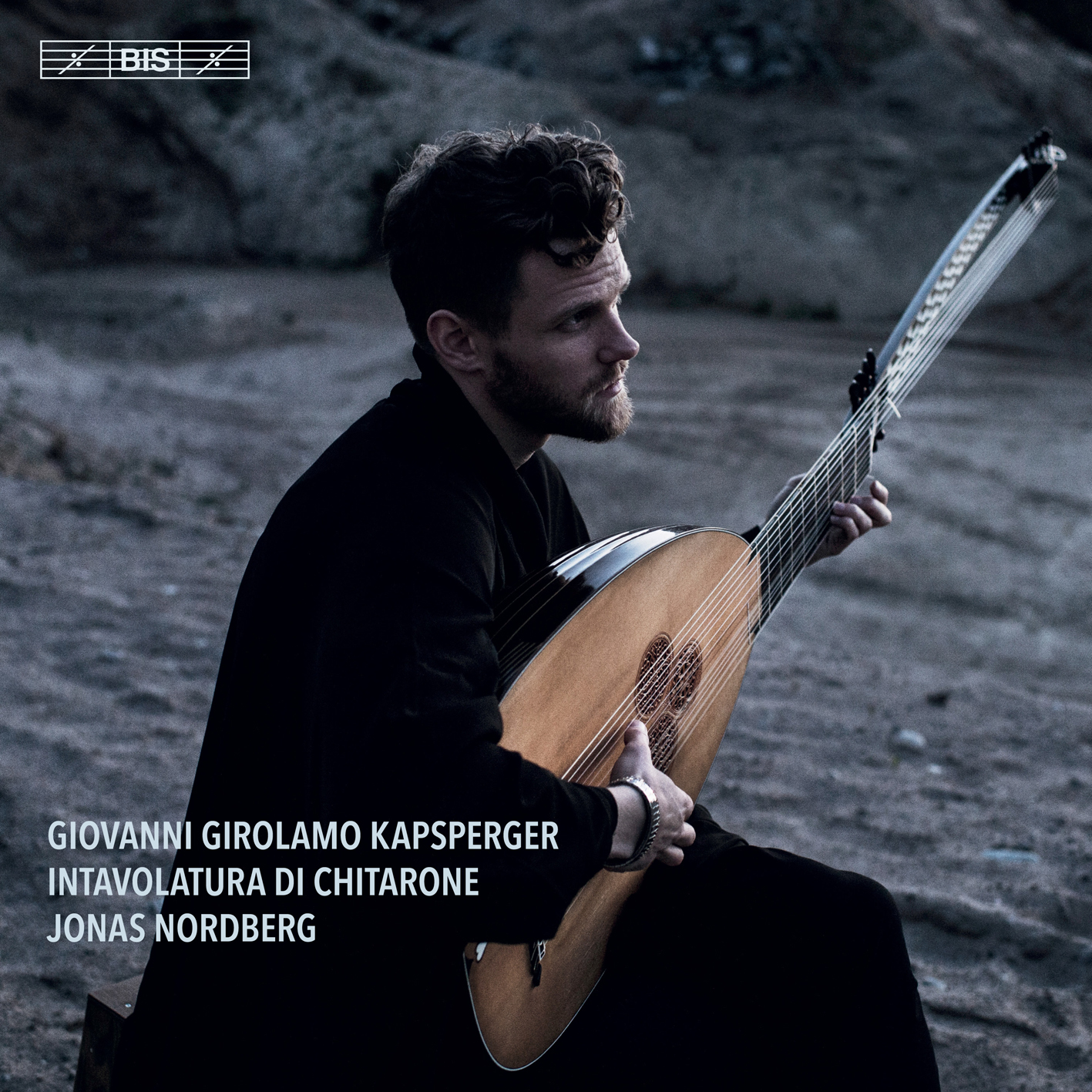 Kapsberger wrote most of his music for what I’ve always thought of as one of the most dramatic-looking instruments, the theorbo. The long neck extension gives the player a whole new set of extra open strings, which makes for plenty of headaches in terms of travel but does mean a wonderfully low bass range. He described it as being ideal for accompanying the voice, but this disc certainly demonstrates how well it suits solo performance, too. Jonas Nordberg is indeed an excellent lutenist, with a delicious sense of inevitability to his phrasing. That’s particularly useful with Kapsberger’s music, since so much of it is so unpredictable – his Toccata Arpeggiata, for instance, is notated only as a series of chords which the player has full licence to arpeggiate however they please.

The programming is cleverly organised, too. Nordberg vividly contrasts Kapsberger’s early Libro Primo works of the beginning of the 17th century with his Libro Quarto of more than 35 years later. So, you have the formal organisation of the variations in the Aria di Fiorenza before running into the quirky imitation of the later Battaglia, complete with “horn calls” and “drums”. I particularly like BIS’s recording here (they’ve had plenty of lute experience), since Nordberg’s thunderous low range comes across with plenty of strength and clarity.

This is Nordberg’s debut disc for BIS, and I can say without reservation that I’m keen to hear more. Solo theorbo discs aren’t for everyone, but this is worth investigating.

Young Swedish instrumentalist Jonas Nordberg (I hesitate to call him merely a lutenist, as he plays everything from the Renaissance lute to the 19th-century guitar) has already proven himself a formidable musical and dramatic collaborator – witness his work with recorder player Dan Laurin and, separately, with choreographer Kenneth Kvarnström. However this, his debut solo recording, demonstrates for those who have yet to hear Nordberg in recital, just what a gifted poet of the lute and theorbo he is. Indeed, one need only read his booklet notes to get something of the measure of his refined, somewhat melancholy, sensibility. Of Dufaut’s Tombeau de Mr. Blancrocher, he writes, “As the piece develops, however, unexpected harmonies appear like fierce stabs of pain. At some points the music is still as a millpond; at others, it seems as frustrated as a prisoner trying to break free from the chains of death.” But the performance is the thing, and if Nordberg cannot yet count himself as a member of that pantheon of players which includes such luminaries as Rolf Lislevand, Fred Jacobs, Nigel North and Hopkinson Smith, he’s well on his way to reaching the summit of Mt Parnassus. One only has to listen…