The world premiere of Koolbardi wer Wardong was performed by West Australian Opera, West Australian Young Voices, Noongar Children’s Choir and the Western Australian Youth Orchestra, and was presented by WAO in association with WAYV, WAYO and the AWESOME Festival. 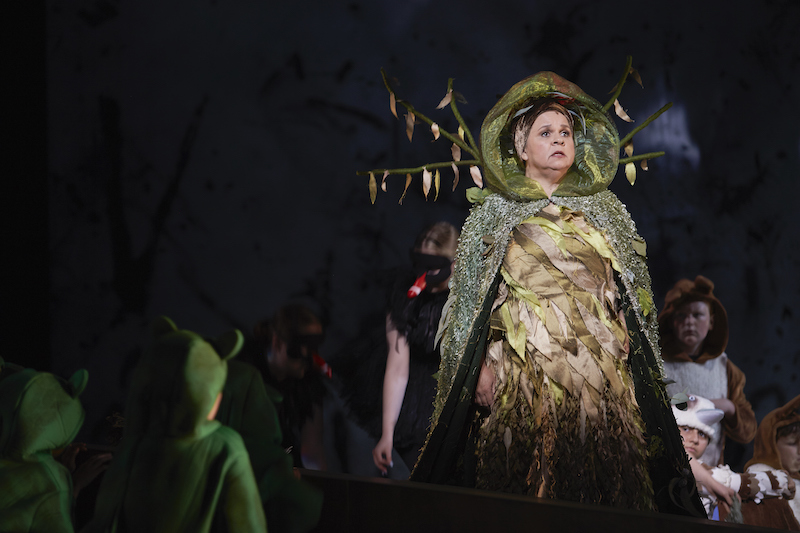 These combined forces brought to life the traditional Noongar story of close friends Koolbardi the Magpie and Wardong the Crow. Sung in the Noongar language with surtitles, composers Gina Williams and Guy Ghouse have created a tuneful and engaging hour-long score for the youthful cast, with jazzy rhythms blending with the strings and winds of the orchestra, skilfully orchestrated by Chris Stone. The production was impressively held together by conductor Aaron Wyatt.

Despite Williams’ admitted nervousness in composing her first opera, this latest venture with her song-writing collaborator Ghouse has demonstrated a welcome deepening of links between the Australian arts industry and Indigenous culture. With fewer than 400 speakers, the Noongar language is in a precarious state, and Williams and Ghouse have risen to the challenge of creating an opera in the traditional language of Western Australia spoken from Geraldton to Esperance. 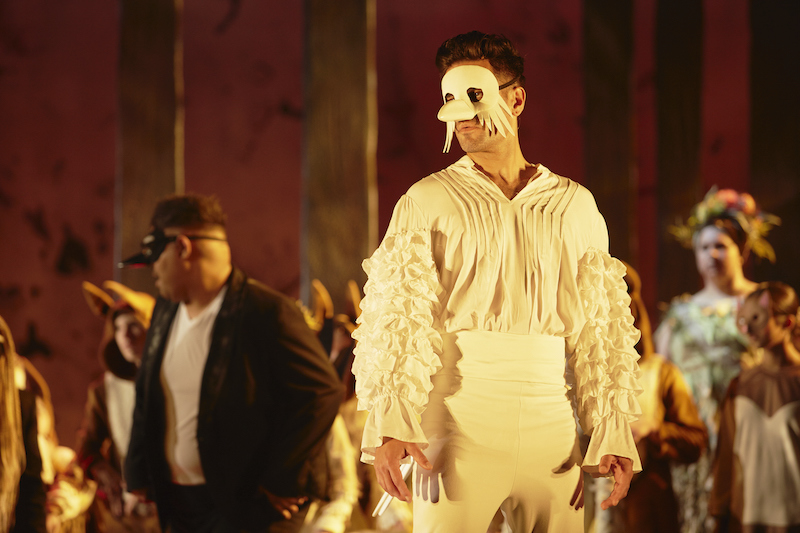 The description of the work as an ‘opera’ is a possible misnomer. While observing the tradition of solos, duets and chorus, the production would best be described as musical theatre, with derivative tunes in familiar styles – with hints of gospel, blues and belting ballads.

The central story of Koolbardi and Wardong is a moral fable of how the magpie got his feathers, with the powerful message of pride coming before a fall. The story begins with Williams’ Mother Earth (Ngaank Boodja), representative of the ancestors and holders of the language and lore, telling the tale to other assembled animals. Williams’ strong voice and commanding presence immediately demanded respect from the animal kingdom. Jarrad Inman as Koolbardi and Jarred Wall as Wardong displayed convincing vocal ability, with Inman exhibiting impressively mobile hips during his dance routine. Their friendship revealed early jealousies as the two close friends were undone by rivalry, pride and misunderstanding.

Tyrone Brownley and Natasha Eldridge as the pair of mocking wagtails – Djidi Djidi and Miss Djidi Djidi – lightened the atmosphere with their mischievous meddling.

Matt McVeigh’s sets and costumes vividly brought to life the animal world and landscape of the story, filling the stage with an extensive array of native animals, including smiling dolphins. The simple but effective set complemented the costumes, literally giving a realistic colour and clarity to the performance, the overall tableaux portraying the chronicle convincingly. 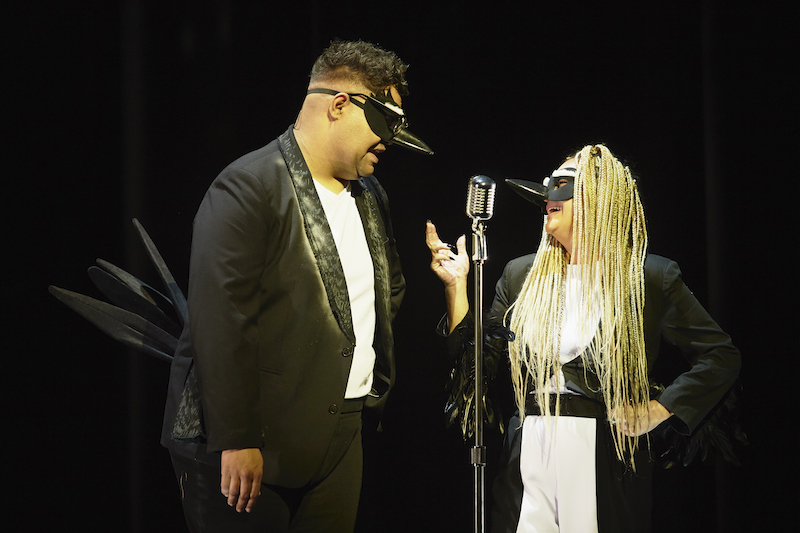 The Barna children’s chorus provided abundant additional interest. Despite a light tone from the approximately 40 voices, their movement was directed by Olman Walley with efficient simplicity, essential when directing a large group of young singers.

This celebration of Noongar language and storytelling in a language unfamiliar to most Australians was greatly facilitated by the provision of surtitles, and the audience’s enthusiastic reaction was a justifiable reward for staging this new work. Director Matthew Reuben James Ward brought together the multi-faceted performance, blending the various music theatre features and operatic elements with insight and seamless efficiency.

With its highly entertaining and accessible approach to opera for children (and adults) and the relevance of Aboriginal stories shared with everyone, Koolbardi wer Wardong deserves further performances and exposure. Congratulations to West Australian Opera, cast and creatives involved in this enchanting collaborative new work.

West Australian Opera performs Koolbardi wer Wardong at His Majesty’s Theatre, Perth on 5 and 6 October at 3pm and 6:30pm.

Menotti's one-act comedy may not be a masterpiece but feels distinctly relevant right now.

Strong vocalists and a nuanced handling of Bizet's women characters.