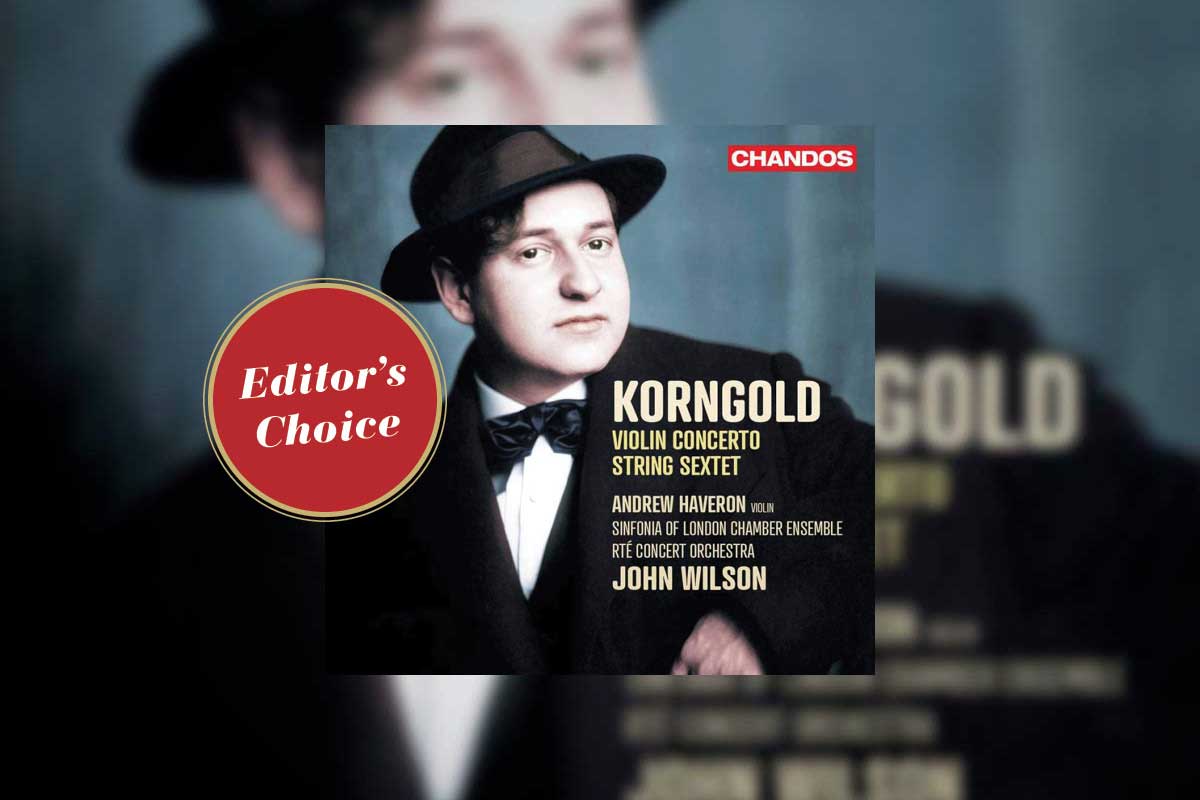 I’ve always regarded Erich Wolfgang Korngold as much Mahler’s heir as Schoenberg, Berg, Webern, Zemlinsky, Franz Schmidt etc. Korngold’s precocious genius was equal to Mozart’s, Mendelssohn’s and Saint-Saëns’. His father, Julius, Vienna’s most feared music critic, took him to Mahler with the prospect of the six-year-old Erich receiving lessons. When Mahler heard him play some of his compositions, some of which even then could hardly be described as juvenilia, he declared there was nothing he could teach him.

Well, not directly. Korngold virtually invented the “symphonic” Hollywood film score and, in doing so, invested the genre with a similar level of complexity and emotional range Mahler did in his symphonies. If Mahler hadn’t composed, Korngold’s music would surely have sounded very different. Few other film composers, then or since, have conveyed the sensation of short-lived and febrile euphoria, rapidly replaced by emotional ambiguity, psychological unease and impending danger as skilfully (and often obliquely) as Korngold, with the frisson of a minor chord.

Admittedly, few of these traits are apparent in the gloriously open-hearted (rather than heart-on-sleeve) Violin Concerto, where the composer developed themes from film scores to Another Dawn, Juarez, Anthony Adverseand The...

The SSO showcases the talent within its own ranks in this intimate concert of Bach favourites.