The Parker Quartet’s debut on ECM is an exercise in contrasts with expansive, lusciously played Dvořák framed by the biting, atomised astringency of György Kurtág. It’s a typically intelligent juxtaposition from the Boston-based foursome, and well argued in performances as taut and tenebrous as they are elegant and luminous. 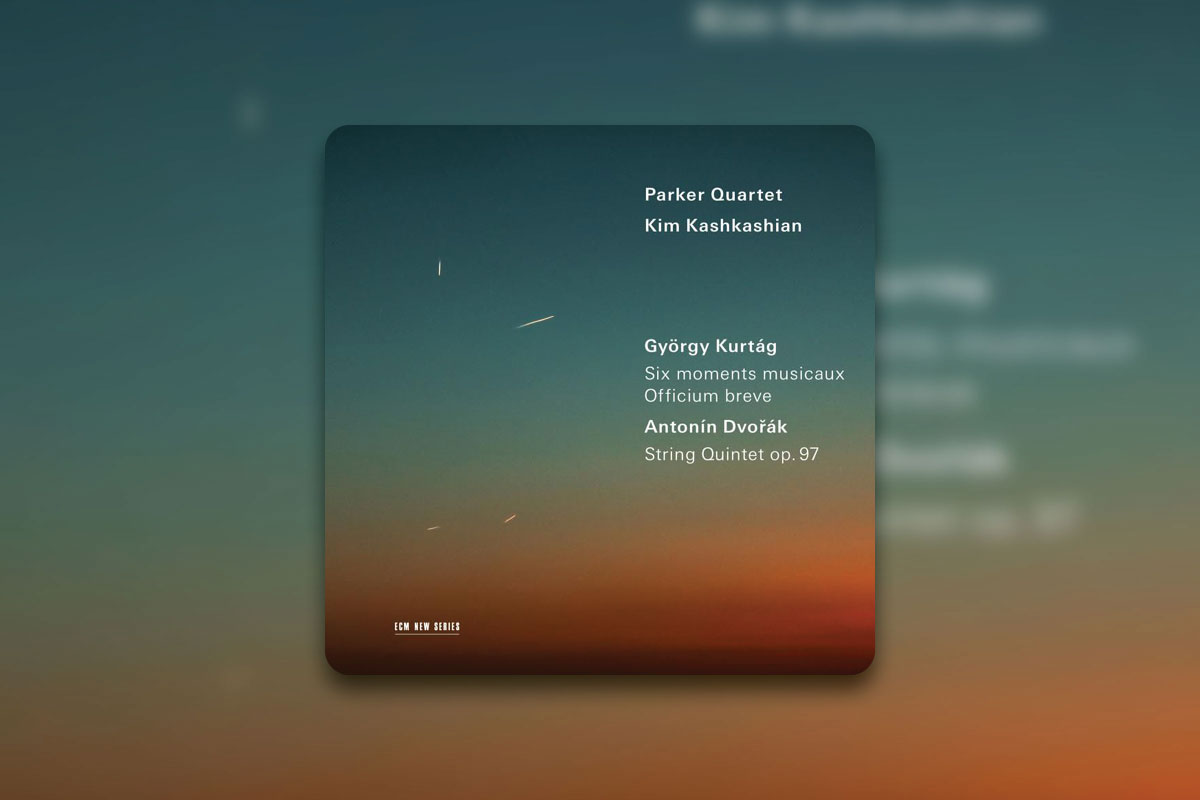 The Quartet’s long association with Kurtág pays repeated dividends here in two string quartets in all but name treated to beautifully modulated pacing that elongates and contracts with meticulously controlled ease, darkly lit by an incisive but lightly worn attention to detail.  It’s there in the variegated images, memories and portraits of Six Moments Musicaux , each snaking back to earlier pieces, all etched with chiaroscuro drama, the whole wonderfully integrated by playing of consummately finessed control.

It’s there, too, in the 15 miniatures that comprise Kurtág’s memorial to fellow composer Andreae Szervánszky, Officium Breve , in which are found tributes to several others, Anton Webern especially, in a tightly woven collage of impressions. The Parkers seem wholly...