Five stars should be awarded instantly to Andrew Baker for the musicological research and reconstruction of this music. Paul Whiteman was an American bandleader active during the 1920s and early ‘30s. His remit was to make jazz suitable for a white, middle-class audience: not so much to straighten it out as to dress it in a white tux and sweep it into an upmarket ballroom. His greatest hit was the piece he commissioned from Tin-Pan Alley songwriter George Gershwin, titled Rhapsody in Blue. 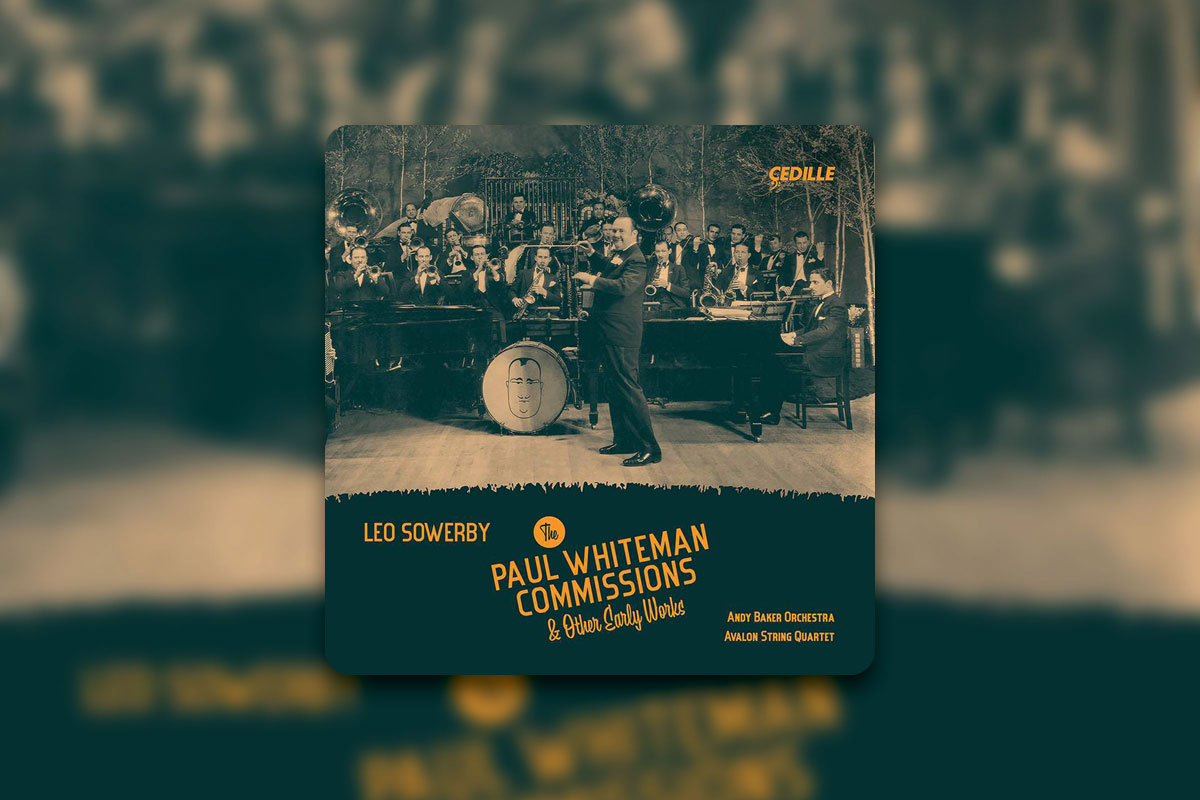 Whiteman also asked more ‘legit’ composers to write for jazz orchestra in quasi-symphonic style, and one was Leo Sowerby (1895-1968). Sowerby was not a jazzman; he came from a church background, and his later music usually involves choir and organ. He wrote five concertante works for organ and orchestra between 1926 and 1951.

It is clear from these jazz ensemble pieces that the main attraction for Sowerby was in the sonorities he could explore. Trombone glissandi appear in both pieces, especially at the opening of the Symphony for Jazz Orchestra. A punchy baritone sax plays a prominent role too. In tuttis, when strings are added (Whiteman’s orchestra included a string section), the result sounds exactly like the pit band of a 1920s Broadway show. In both works, but particularly Synconata, Sowerby writes passages for “spotlit” solo instruments such as saxophone and muted trumpet. His use of percussion is more for colour than pulse, in marked contrast to the black music of the period.

Melodically, his jazz pieces sound somewhat arid. Synconata spends six minutes in preparatory throat-clearing, but when the perky, syncopated main theme finally arrives it is a dead ringer for the tune “If They Could See Me Now” from the 1966 musical Sweet Charity. It is unlikely the show’s composer Cy Coleman knew the earlier piece, but even so, it is unsettling when Sowerby’s theme repeatedly goes off the expected rails.

The later Symphony, challengingly subtitled “Monotony”, is more substantial, but Sowerby seems hamstrung by the strutting, “jazz age” syncopations he is determined to include. They do not come naturally, as they did for Gershwin. The Andy Baker Orchestra plays with accuracy of line and a rich sound, but never let themselves go (not that Sowerby’s music invites them to). The recklessness of the 1920s and the emotional depth of jazz are absent. A short piece for piano and strings, Tramping Tune, features a heavy-handed imitation of stride piano.

More satisfying are the pieces for string quartet: a Serenade, and the Quartet in D Minor, a four-movement work lasting just under half an hour. Sowerby understands the medium, showing a subtle ear for colour. Jazz influences may be heard but are better integrated, while the harmonic contours of the music are vastly more sophisticated. The slow movement of the D Minor Quartet, “Quietly, but with warmth”, reveals an individual voice: you feel that this is the real Leo Sowerby. The Avalon Quartet play with fine expression and attack.