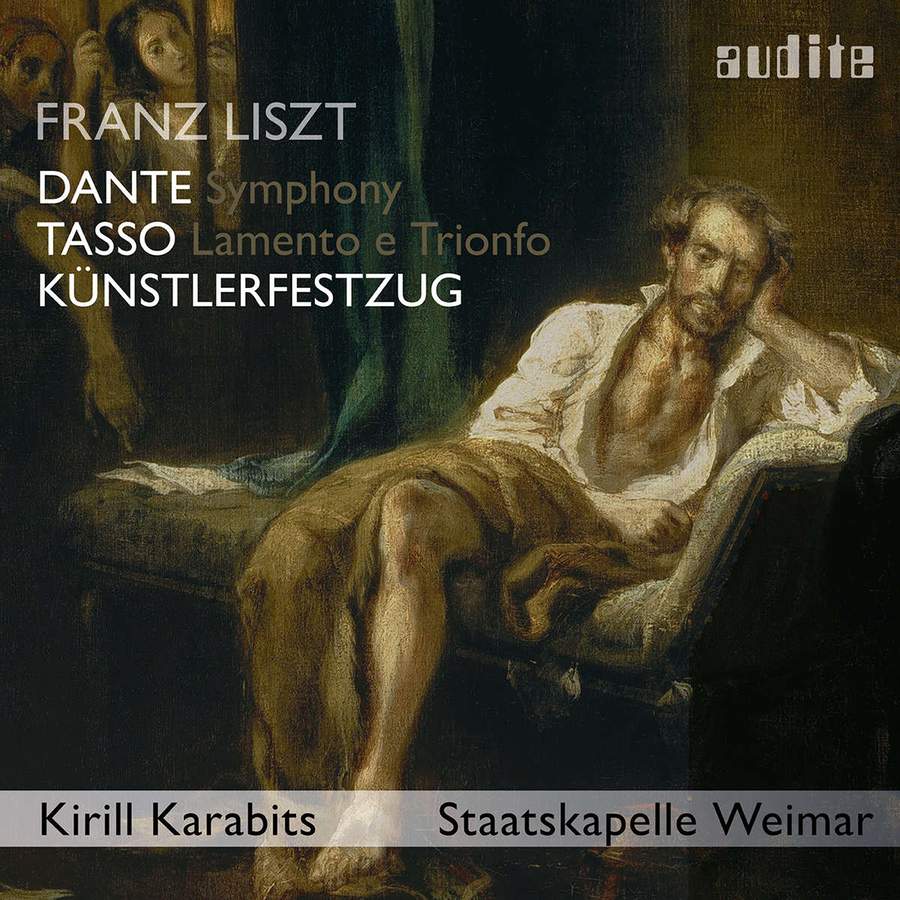 This second traversal of Liszt’s orchestral music from Kirill Karabits and the Staatskapelle Weimar inks in the sense of intense, committed engagement that marked the partnership’s coupling of Mazeppa and strikingly re-constructed opera fragment Sardanapalo last year.

The Dante Symphony has only recently begun to achieve the prominence it deserves on disc even though it boasts some of Liszt’s most sorely under-appreciated passages. An exercise in calculated drama, piercing poetry and theatrical extremes, it receives trenchant advocacy here, Karabits exploiting its chiaroscuro contrasts to muscular and moving effect.

The opening Inferno blazes with a scorchingly potent immediacy, strings, brass and percussion locked in demonic delirium. If the relatively swiftly realised Purgatorio (certainly compared to Giuseppe Sinopoli and the Dresden Staatskapelle on DG) risks seeming rather glossed over, the urgency is rewarded by a majestic concluding Magnificat lit up by angelic, finger-tip-delicate playing of the Weimar forces and ethereal contributions from the conjoined voices of the Deutschen Nationaltheaters Weimar’s female singers and the children’s chorus of the Jenaer Philharmonie.

The tone poem Tasso is treated by Karabits at unabashedly romantic face value with a vivid, vital, forward-moving account conjuring a torch song in orchestral guise. Liszt completists will be drawn by the first recording of the stirring, spine-stiffening, 11-minute Künstlerfestzug zur Schillerfeier, a solemn and heroic tribute to the prolific polymath Friedrich Schiller on the centenary of his birth in in 1859. A lesser rediscovery than Sardanapalo, it is worth hearing even so for its ardent, deeply felt homage and for Karabits and the Staatskapelle Weimar’s persuasive conviction in it.