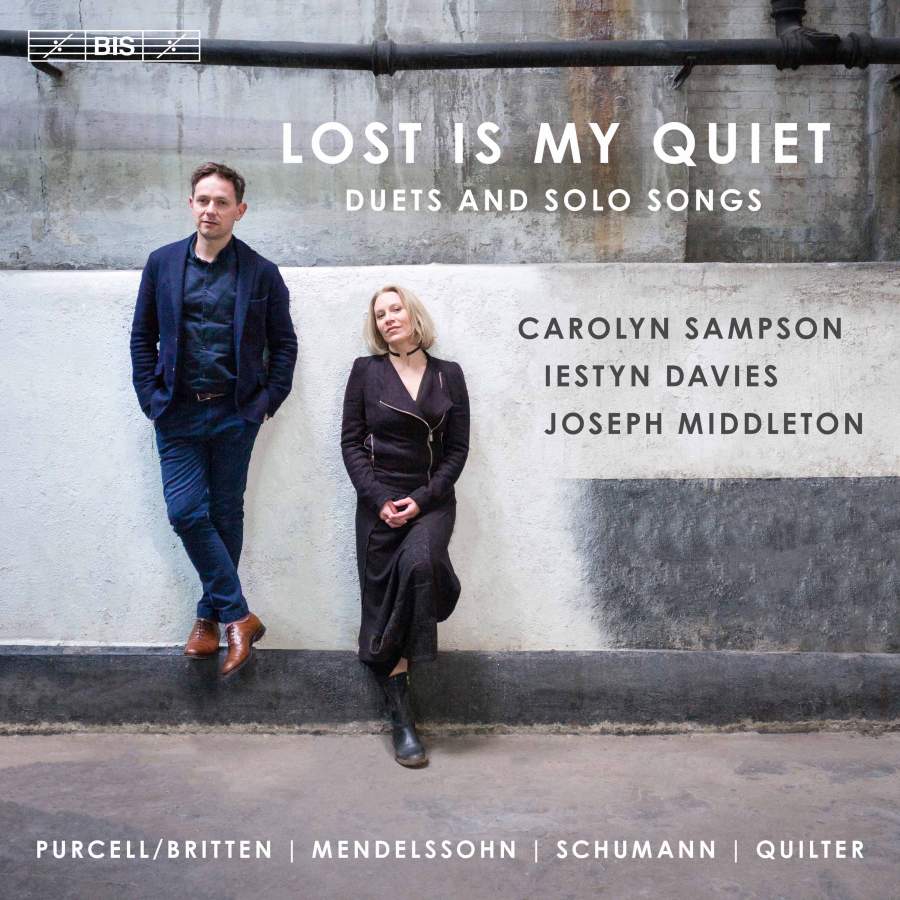 There’s always something a bit arch about Purcell duet recordings. Perhaps it’s the double-countertenor effect. Whatever the problem, it’s one that countertenor Iestyn Davies and soprano Carolyn Sampson banish within moments in this superb album.

Step 2: Add this to the end of the Apple Music URL in the HTML box below.
&app=music&at= 1l3vuDx

Rather than stick to Baroque, they roam further afield to Mendelssohn, Schumann and Quilter, with the Purcell heard in its bracing Britten arrangements. Uniting them is a vivacity, an unforced sweetness that manages to avoid becoming cloying. There’s sentiment in plenty, but the irrepressible energy of the performers (Joseph Middleton’s piano accompaniments are models of finessed virtuosity) means it never overwhelms.

Sampson’s glossy, bright soprano just gets better and better, and from her thrillingly ornamented Sound the Trumpet to the clarity of her musical storytelling in Mendelssohn’s Neue Liebe she proves her mettle again and again. Davies too is at his peak, cradling Schumann’s radiantly simple Nachtlied with infinite care and swooning with almost indecent abandon through the delicious schmaltz of the Quilter numbers. Enlivened by the contrast between the two voices, the Purcell duets have a freshness and a whimsy that feels natural and contemporary. What looks on paper like nostalgia plays out with such a twinkle in
its eye that it pulls the rug out from under any musical preconceptions. A delight from start to finish.