When you ask lovers of the French Baroque what first fired their passion for the endlessly elegant artform that poured forth – often as royal propaganda – from the courts of the most autocratic monarchs in Europe, chances are they’ll cite Les Arts Florissants’ 1987 staging of Lully’s opera Atys . In 2011, a wealthy donor provided the money for that famously extravagant production to be recreated at Paris’ Opéra Comique, and now Naxos has re-issued the recording on DVD and Blu-ray. 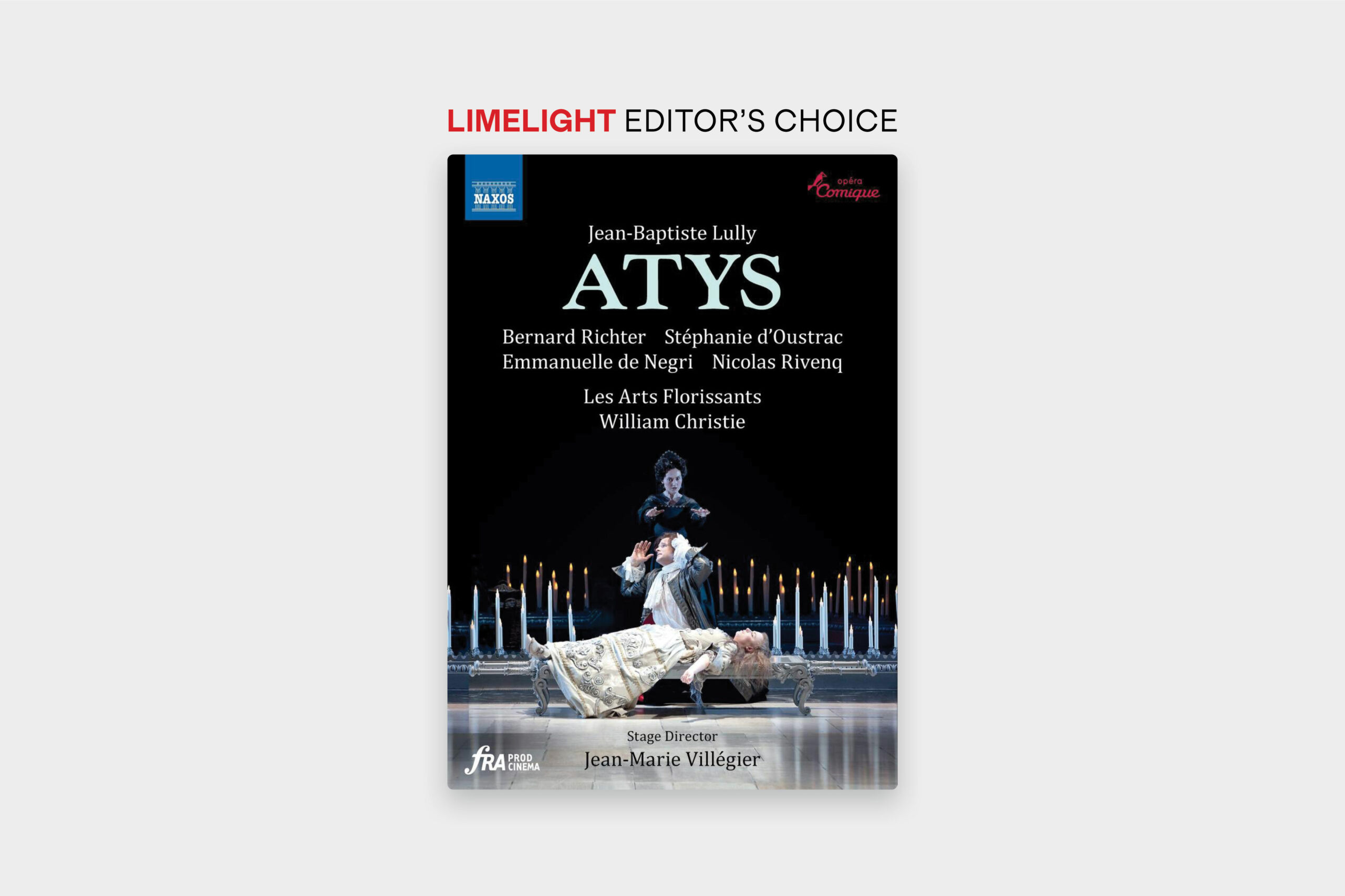 Premiered in 1675, Lully’s Atys is a tragédie lyrique in the usual prologue and five acts based on episodes in Ovid’s Fasti . In Phrygian and Greek mythology, Attis was the consort of the goddess Cybele and his priests were eunuchs, reflecting an origin myths in which Attis castrates himself (spoiler alert, in the opera he’s turned into a tree). Lully’s work tells how Atys loves and loses Sangaride, the daughter of the River Sangarius,...