An intriguing “imaginary opera”, Passion marks the return of Véronique Gens to the music of the French Baroque with all the characteristic intelligence and incisive feeling for its vivaciously ornamented style that has marked her out as one of its most expressive exponents. 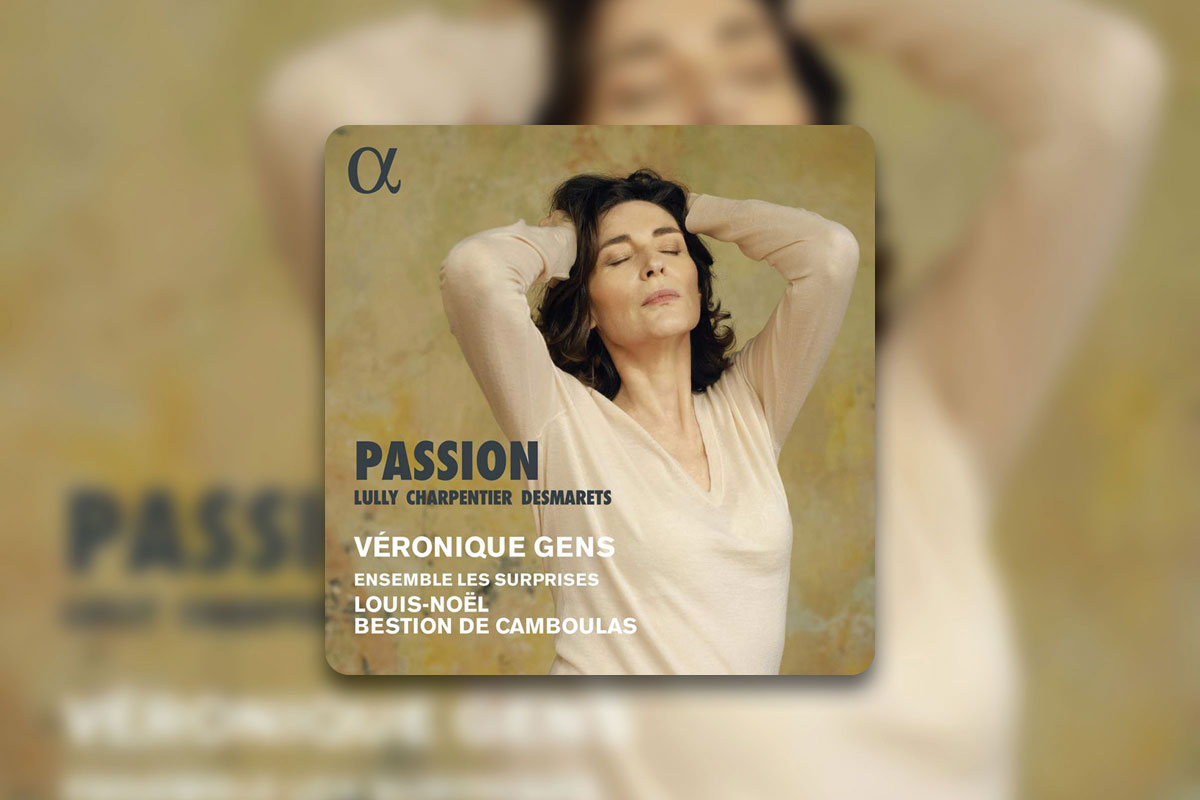 Structured in five notional acts, it draws heavily on the operas of Jean-Baptiste Lully with contributions from Charpentier, Desmarets and their all-but forgotten contemporary, Pascal Collasse. The result focuses on the vocally demanding rôles de baguette (stick roles) – so called because of the use of props (sceptre, cane and wand) to define status and narrative function – prevalent in French opera at the time.

Filtered through three ‘characters’ – Gens, Ensemble Les Surprises and the chorus, Les Chantres du Centre de musique baroque de Versailles – the result is a compelling fabrication that serves as much as an homage to the first voices (detailed in an informative booklet note) to sing these thrilling exercises in emotional and vocal pyrotechnics.
Gens brings her customary precision to bear on diction, her usual insightfulness into character and her defining ability to inhabit the music with nuance and flair, drama and poetry. There is stridency when needed alongside aching confessional (Lully’s Amadis and Armide), imploring vulnerability (Desmarets’ Circé) and much else along the spectrum from wronged to defiant womanhood.

Kudos, too, to Olivier Schneebeli whose leave-taking as director of the Versailles-based chorus accommodates and supports Gens with a perfectly judged and graceful agility.

Taking their name from Rameau’s opéra-ballet Les Surprises de l’Amour, this talented, young French ensemble now turns their attention away from the subjects of their debut recording, Rebel de père en fils and François Francœur, to tackle Michel-Richard Delalande and André Cardinal Destouches’ opéra-ballet for Louis XV, Les Éléments.First performed at the Tuileries in 1721 but enjoying considerable popularity beyond the court in the following decades, Les Éléments comprises a prologue, four sung entrées with danced divertissements and a concluding chaconne. Jean-Féry Rebel composed his own extraordinarily original 1737 creation ballet Les Éléments (not recorded on Les Surprises’ previous release). But the present opéra-ballet is full of vivid instances of word-painting too, from the subtle melismatic treatment of passages involving undulating waves or the flying of arrows to the more startling howling and crashing of wind and thunder. Les Surprises’ harpsichordist and Director, Louis-Noël Bestion de Camboulas, has again chosen to use chamber-sized forces throughout, focusing on instrumental colour – recorders, transverse flutes and oboe are particularly effective here – and the rapid, highly dramatic execution of dance rhythms and rhetorical gestures more potently to illustrate the brilliance of this work.

The French conductor discusses unearthing the Sun King’s finest hour and how too many cooks didn’t spoil this particular broth. Continue reading Get unlimited digital access from $3 per month Subscribe Already a subscriber? Log in

Kept under the thumb of the Sun King’s tyrannical master of music, Marc-Antoine Charpentier is only now receiving his due.

The 14 greatest composer portraits throughout history

Not only did these composers write immortal music, they inspired history’s great artists to new heights of expression.