The Dancing Masteris a one-act comic opera, composed in 1952 but not performed until six decades later. Film director Joe Mendoza adapted a 1671 Restoration comedy by William Wycherley ( The Gentleman Dancing Master) and sent his libretto to Malcolm Arnold as a possible BBC commission. Arnold had previously worked with Mendoza on film projects and was enjoying a spectacularly productive and successful period. (The work was contemporary with his English Dancesand First Symphony.) The BBC rejected the piece as too bawdy, although its mild sexual references are nothing today. 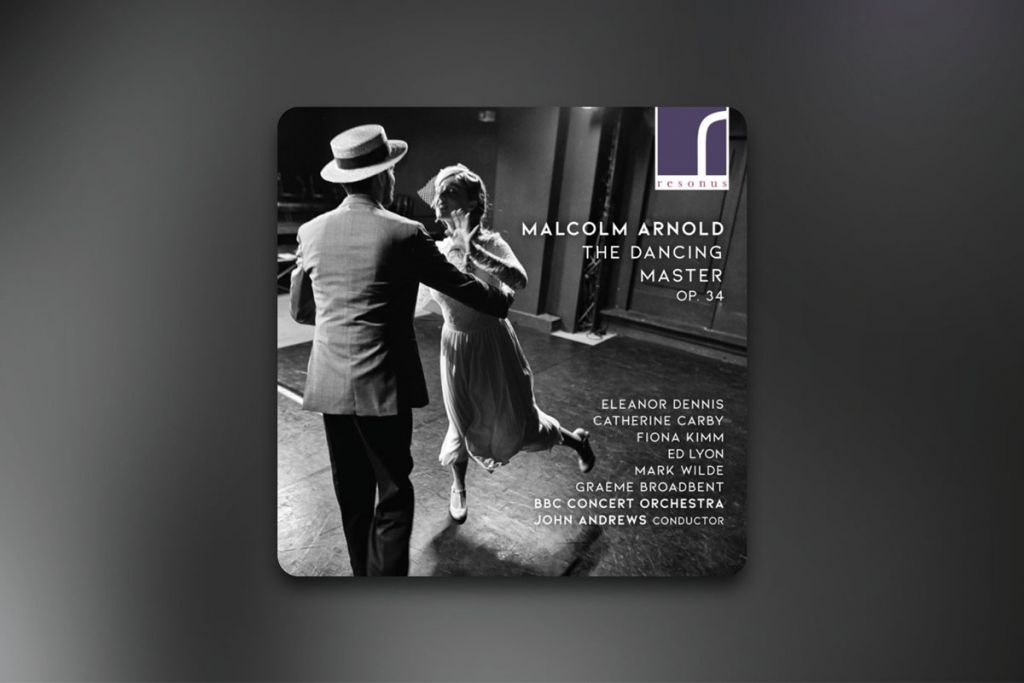 It is written in a parlando style with few mini-arias, not unlike Ravel’s L’Heure Espagnoland Puccini’s Gianni Schicchi, although its story of the lovesick daughter trying to outwit her guardian...

If you want a collection of bombastic, second-rate piano concerti in which Rachmaninov’s parentage is obvious, then this is the disc for you. However, there are some gems, such as Hubert Bath’s 1944 Cornish Rhapsody (A Lady Surrenders) and Richard Addinsell’s Warsaw Concerto for Dangerous Moonlight (1941). On the other hand, I don’t think much of Shostakovich’s music for The Unforgettable Year (1951), steeped in musical rhetoric of the worst type and possibly written to order by the authorities. Similarly vacuous is Kenneth Leslie-Smith’s music for The Women’s Angle (1952) and Nino Rota’s unusually poor music for The Glass Mountain (1949).Charles Williams’ charming music for The Apartment (1949) is far better.  Richard Rodney Bennett’s journeyman music for the overrated Murder on the Orient Express is not the best film music he ever wrote, whereas Jack Beaver’s music for The Case of The Frightened Lady (1940), is first class. After pages of arpeggios it was a relief to hear Dave Grushin’s On Golden Pond (1981) for piano. Finally, Carl Davis’ elegant and freewheeling music for Pride and Prejudice (1985) is arguably the best music on the disc. Valentina Lisitsa plays all the music very well, and the orchestral accompaniments are equally…

Catherine Carby leads an Aussie invasion at the Siege of Calais.

Following his homage to the people’s tenor Maria Lanza, it makes sense for Calleja to come up with a recital ranging from Leoncavallo and Tosti to Morricone and Edith Piaf. Although there are songs in no less than six languages, the Maltese tenor is obviously most at home in his mother tongue, Italian. Many critics have commented on the ‘golden-age’ quality of his voice, his ease of production and his wish to remain a man of the people. However for all of the ease and honeyed legato, one often yearns for geater involvement with the text. One also wishes more care had been taken in the choice of repertoire and the lush orchestrations. The sheer beauty of the voice is almost enough to justify Time to Say Goodbye but the rounded Italianate vowels are too much for as simple a tune as You Raise Me Up. Similarly Piaf’s La Vie en Rose remains an odd choice as it is so strongly associated with the feminine (though here his French vowels are far more agreeably idiomatic). Equally odd is the vocal take on the Adagio from Rodrigo’s Concerto De Aranjuez though it’s nice to hear Calleja in Spanish. His German and…

This memorable live recording of Strauss’ bittersweet masterpiece was taken from live performances at the Sydney Opera House in 2010 and shows the company at maximum strength with an outstanding trio of female voices, some superbly idiomatic conducting and a fine supporting cast. Cheryl Barker is Strauss’ Die Marschallin, a married woman trying to come to terms with the march of time who proves wise enough to let her younger lover move on to girl of his own age. The role sits well for her and plays to her natural strengths for vocal characterisation and attention to text. The odd shrill note aside, this is a deeply felt performance, possibly her finest on record. Emma Pearson is a delicious Sophie (the aforementioned younger woman), her pure voice managing the exposed high notes with greater ease than many a starrier name. Catherine Carby is equally distinguished as Octavian, ardent and youthful sounding, vocally able to compliment both Barker and Pearson. The various love duets are ravishing and the famous trio a genuine highlight. The young Austrian bass Manfred Hemm makes a ripe and resonant Ochs with bags of character and genuine Viennese accent.  If his top is a little pushed, his…