If the three basic elements of choreography are time, space and energy, Stephanie Lake has certainly mastered the third. The Melbourne choreographer – fast becoming known for her large-scale ensemble works and captivating imagery – takes it up a notch in her latest high-octane offering, Manifesto. From the very first beat, the work explodes in seismic waves of motion and rhythm, pulling the audience closer and closer into its sweaty grip. Deftly crafted and technically dense, this work is bound to thrill. 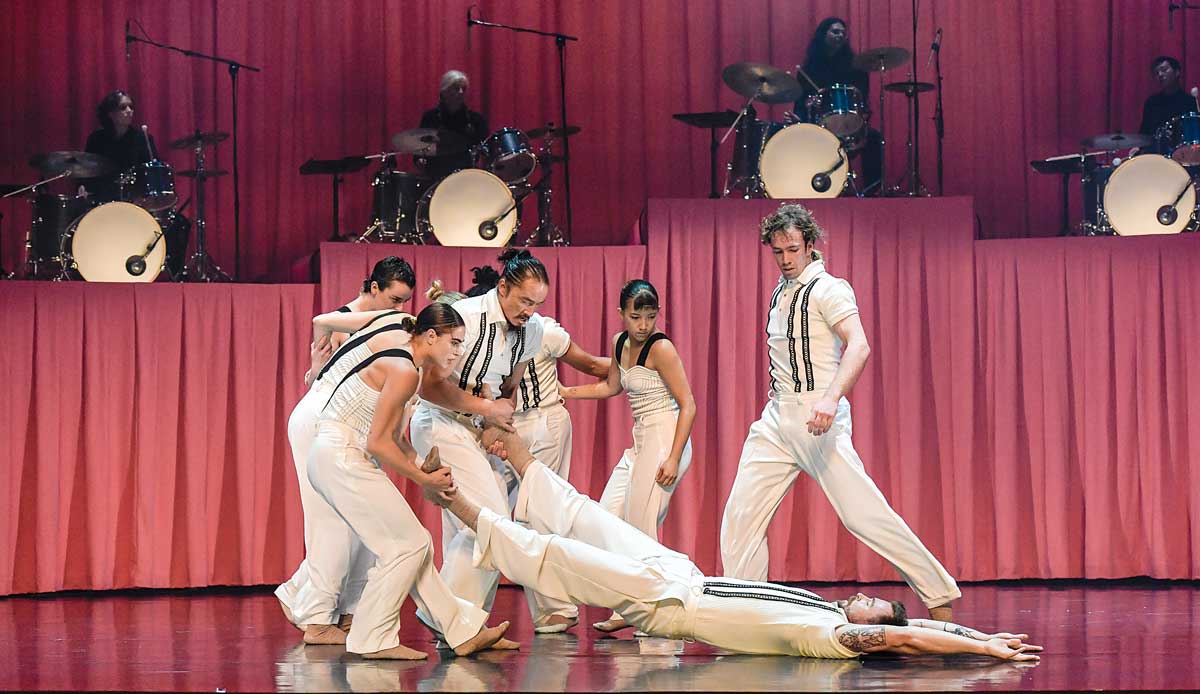 The pitch is simple. Nine drummers meet nine dancers in a bid to create something greater than their parts. On one read, the bodies are sites for rhythmic exploration. Explosive jumps and sinewy contortions give vision to Robin Fox’s intricately layered score and his A-team of whip-fast percussionists. Each articulation of a limb or joint amplifies its sonic counterpart, and every cymbal roll or rollicking drumbeat is a cry for a physical response.

But more than this, Manifesto is a daring tug-of-war between forces, where the balance of power refuses to sit still. In a charming nod to Busby Berkeley’s extravagant designs of Hollywood’s Golden Age, Charles Davis’ set sees nine drum kits symmetrically perched high upon an arced platform, handsomely framed by a long pink curtain. Like deities, the drummers create a deluge of sound, from thunderous rolls that pan laterally across the stage, to lightning strikes that shatter the fourth wall.

Down below, the dancers come together in a military tattoo of discipline and resistance. Through solos, duets and trios – linked together by group sequences that snap between organised chaos and crisp unison – the performers carve a kinaesthetic path through the enveloping sound. Lake’s choreography is smartly assembled, balancing the idiosyncrasies of her supremely talented cast against unabashed moments of collective groove.

The musicians’ interpretation of Fox’s score is exceptional, delivering a vast palette of timbres to inspire movement. Gentle gongs and fluttering rattles are paired with hyper-articulated fingers and writhing hands that clasp at the dancers’ faces. Intermittent bursts of heavy kickdrums are matched with equally sharp tableaux. And a snare-heavy march makes the dancers giddy with a folkish pub hop around a row of chairs. 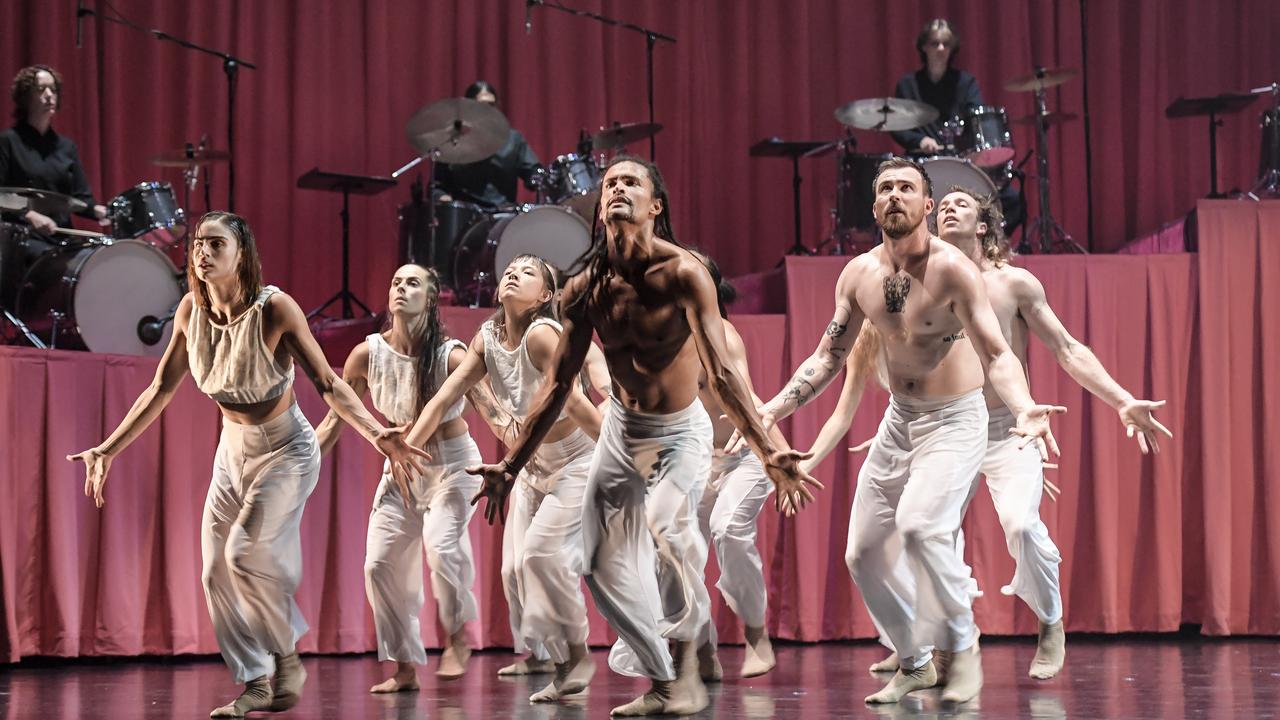 Several ultra-long crescendos – the kind that shallow your breathing and tighten your stomach – drive us towards the proverbial climax. In a gradual unbuttoning, the dancers disperse their energy ever more fully and widely, accentuated by Paula Levis’ classy white designs that reveal the dancers in progressively more casual and individualised costumes. In this virtuosic game of one-upmanship, the drummers and the dancers are both spurred on by the fear of falling into second place.

Manifesto is a dance of both submission and defiance; one that continually collapses in on itself only to be resurrected more emboldened. It’s impossible to stay outside this work, and the spontaneous cheers from the audience throughout the piece serve as proof. In the wake of Colossus – Lake’s 2018 international breakout show featuring 50 dancers – this latest offering is a thrilling sequel. Her vision is as bold as ever but now realised through the bodies of nine supremely athletic artists. A masterclass in energetics, Manifesto will leave you buzzing.

Manifesto played at Malthouse Theatre, 9–12 June, and plays at QPAC from 14-17 September as part of the Brisbane Festival.

Lots of interesting questions were raised by this 'opera' in Melbourne's Fed Square, but the execution was imperfect – and Melbourne's weather certainly didn't help.