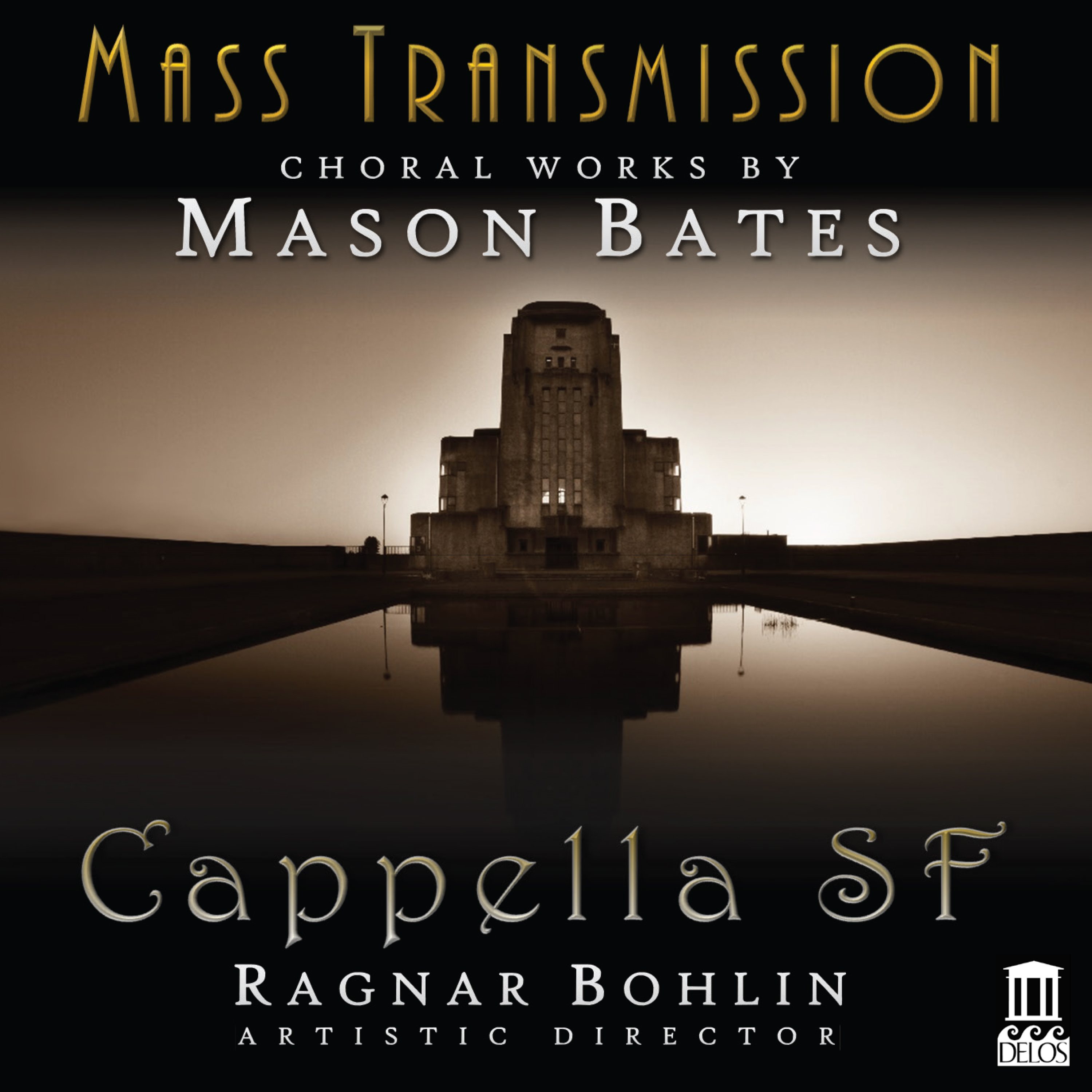 San Francisco’s bay area seems like the perfect (or should we say the likely) spot for a DJ with an interest in symphony orchestras to live. Mason Bates, a native of Richmond, Virginia, has been based on the west coast since 2001. Among his teachers was John Corigliano. He’s composed an opera about Steve Jobs (the recording won a Grammy) and also wrote the score for Gus van Sant’s 2015 movie, The Sea of Trees.

As if to reinforce his classical credentials, this disc opens with a six-movement a cappella work, Sirens. The outer movements set texts from Book XII of Homer’s Odyssey while other movements treat Heine’s Die Lorelei, a Renaissance sonnet by Pietro Aretino, a poem of the Quechua Indians, and most controversially, Jesus’ call to his disciples to be “fishers of men” from Matthew’s gospel. Bates’ mastery of vocal harmony, texture and rhythm is as impressive as the performance given by professional group, Cappella SF.

Cast in three movements, Mass Transmission is scored for choir, electronics and organ and deals with a 1920s Dutch mother communicating with her daughter in Java via radio. The inner movement is a calm, choral oasis that contrasts with the frenetic, electronically decorated outer sections that also feature the brilliant organ playing of Isabelle Demers. These fine performances remind us of the value of professional choirs.

Become a supporter
Classical Music
CD and Other Review

Mason Bates’ operatic bio takes a mega-byte out of a certain big Apple.