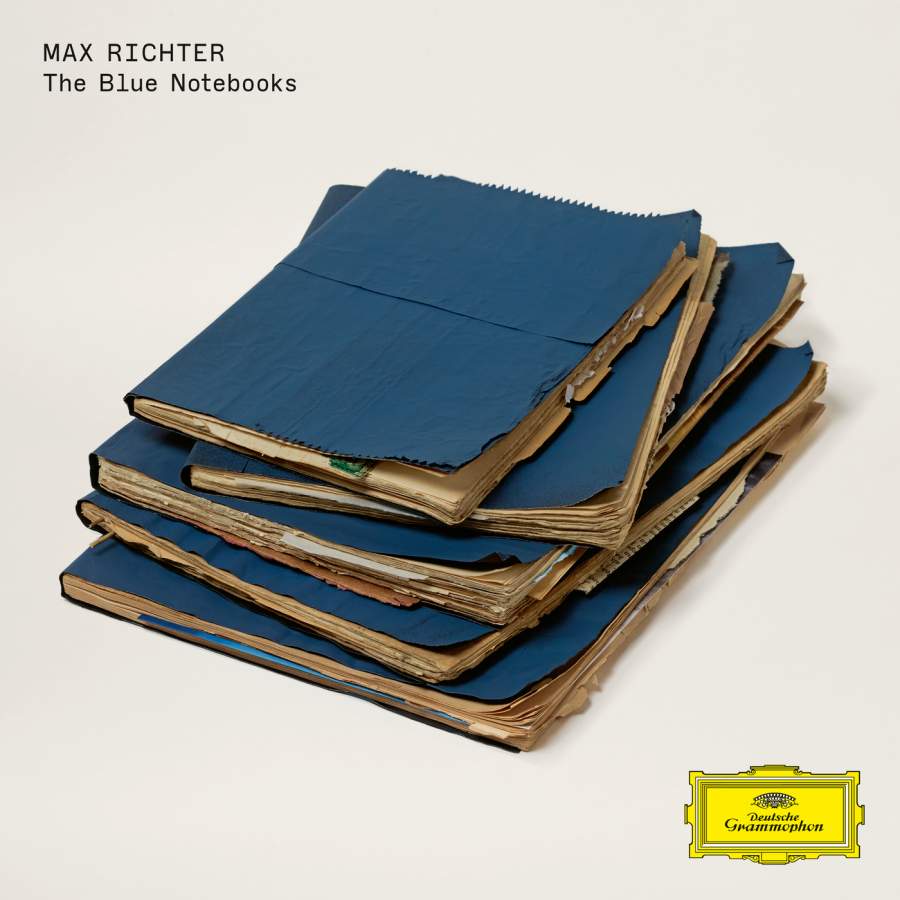 “I come from a high-modernist classical music training. If you wrote a single tonal chord, people would mock you,” reflected Max Richter. “I deliberately set out to be at plainspoken as possible.” The Blue Notebooks, first released in 2003, was the first major statement of Richter’s popular defiance.

Recorded against the background of the Iraq war, this milestone album was a personal meditation on power and politics. Far from a protest album, however, The Blue Notebooks contains a suite of contemplative performances. Richter’s now-familiar style combines simple (‘plainspoken’) chamber compositions punctuated by electronics and narration by Tilda Swinton. In 2003, it was rightly described as “one of the most affecting and universal contemporary classical records in recent memory”.

An additional disc is not overly substantial, but does contain a number of recordings of interest – although the Iconography remix is perhaps too aesthetically distinct to work here. Three of six additional tracks revisit the album’s most popular composition, On The Nature of Daylight, but it is difficult to improve on such a well-loved piece. An orchestral arrangement, softened at the edges, lacks the raw emotional force of the original. On the other hand, Dinah Washington’s vocals to a version recorded for Scorsese’s Shutter Island highlight Richter’s crossover appeal. A worthy addition for newcomers and long-time Richter listeners alike.

From angry young man to peaceful pragmatic in 20 etudes.

Max Richter has won acclaim for his recomposed Four Seasons and, more recently, his eight-hour Sleep. His scores are less well known, yet they are just as important and reflect his longstanding fascination with narrative and emotion. These qualities provoked criticism of his score for Woolf Works – Wayne McGregor’s 2015 ballet – as being too cinematic, emotional and suggestive. What was perceived as a weakness in the context of live contemporary ballet, however, contributes to the strength of this shorter variation of the original. The title refers to Richter’s attempt to create three distinct musical worlds based on three Virginia Woolf novels – Mrs Dalloway, Orlando, and The Waves. It opens with a rare 1937 recording of Woolf herself as she reflects on the nature of words and language, and continues into a set of pleasingly minimalist pieces for Mrs Dalloway. Orlando sees Richter exploring and constructing rich, absorbing electronic soundscapes. Three Worlds ends poignantly as the actor Gillian Anderson reads Woolf’s 1941 suicide letter, while the finale, The Waves, expands into a sprawling, 21-minute work combining the most effective of Richter’s signature compositional techniques for voice, strings, piano, and electronics. Three Worlds has an ambitious goal, and perhaps…

Hypnotic work will be performed at a bleary-eyed sleepover at the Sydney Opera House.

★★★½☆ Nodding off to Max Richter’s soporific epic is easier said than done.

For Richter’s recomposed Vivaldi, ABO boldly go where no baroque orchestra has gone before.

Arrangements of Vivaldi’s Four Seasons are as many as they  are diverse and you won’t have trouble finding versions for musette, flute, recorder, electric guitar ensemble or jazz trio. But few match the unashamedly beautiful, ambient, post-minimalist, post-rock “remix” by British composer Max Richter. A student of Berio, Richter is  a stylistic magpie whose music  is accessible yet inventive and thought-provoking. Picking  up on Vivaldi’s love of pattern  and repetition, Richter has “recomposed” around three-quarters of Vivaldi’s original using looping and phasing effects and synths. The driving pulse and rhythms of contemporary dance music are also referenced. But don’t let any of that frighten you off – listening to Richter’s haunting, powerful work will leave you wanting to go back to the original with new ears. Under the deft, sympathetic fingers of soloist Daniel Hope and Konzerthaus Kammerorchester Berlin and the precise, flexible direction of André de Ridder, soaring melodies, lightning filigree passagework and rich, dark harmonic sequences shift and swell in sublime, melancholy weather patterns of the heart. Spring begins with an “ambient” prelude, which fades to a profusion of birdsong as various motifs are taken up and set against gently blooming, sometimes throbbing bass-lines. Summer’s winds are shaken…