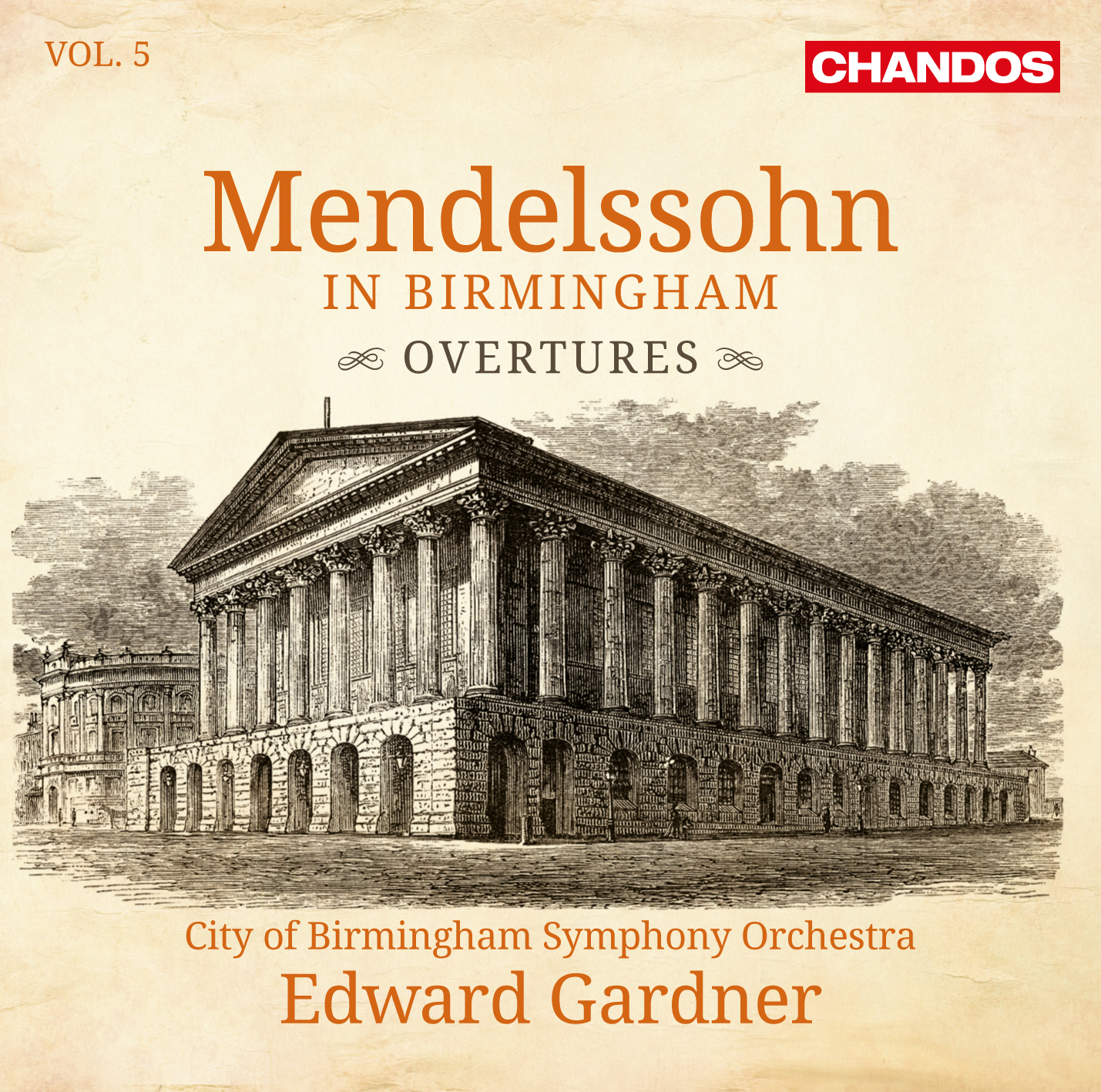 Edward Gardner and the City of Birmingham Symphony Orchestra’s enterprising Mendelssohn in Birmingham series reaches its fifth and final volume with an authoritatively played collection of overtures. A home from home for Mendelssohn in the last decade of his life, the UK’s ‘second city’ was the scene of several late triumphs for the composer. Here, its home-town band, the first British orchestra to be funded from the public purse 100 years ago this year, dispatches a potpourri program with utter conviction.

There’s much to enjoy in animated accounts of a poetically elemental The Hebrides and the A Midsummer Night’s Dream Overture (albeit perhaps needing a little more sparkle in the strings), with the early Trumpet Overture brimming over with youthful earnestness. Moving and majestic in the graceful gravity of the St. Paul Overture, Gardner is bracingly ardent in the blazing Ruy Blas and at his most emphatic in a bracing Die Schöne Melusine. There’s a telling touch of Victorian solemnity leavened by coy sentiment in Athalie and throughout a period-instrument-like authenticity in thinner textures and leaner tones that seems altogether appropriate. The two parts of Meeresstille und Glückliche Fahrt are treated as exemplary exercises in both
atmosphere and emotion.

Superbly recorded in Birmingham’s Town Hall, in an acoustic that fits this music like a tailored glove.