Meow Meow (the artist formerly known as Melissa Madden Gray) is both a throwback and an innovator. She is not only a master interpreter of the Weimar canon including Weill, Brecht and Spoliansky, but a songwriter/performer charting a new cabaret tradition with esteemed collaborators such as Iain Grandage, Thomas M Lauderdale from Pink Martini and Megan Washington. Not only that, she is also a formidable actress and comedienne who revels in audience interaction, the more excruciating and humiliating, the better. 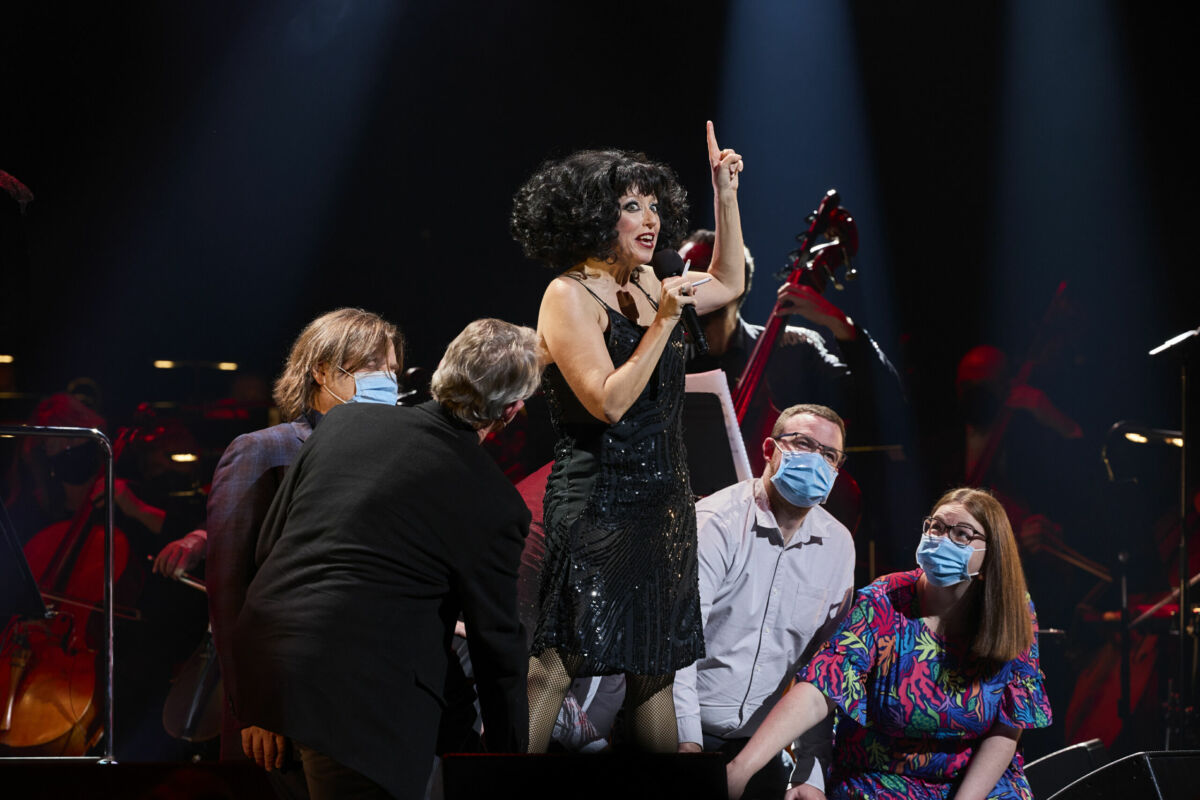 The ”pandemonium” was on show from the beginning, when the star arrived late and in an off-stage balcony, forcing pianist Mark Jones (in company with Ben Hanlon on bass and Alon Ilsar on drums) to belt out abbreviated excerpts from Grieg’s Piano Concerto in A Minor and Gershwin’s Rhapsody in Blue. The Adelaide Symphony Orchestra under the banner of the dapper Nicholas Buc joined in the fun, tossing their music sheets in the air in exasperation. When Her Felineness made it to the stage proper, she was in a state of wardrobe chaos and the first of a procession of hapless audience members were dragooned to the rescue. Slapstick was the order of the day and after the Harry Warren classic Boulevard of Broken Dreams bit the dust, even Jacques Brel’s sacred, emotional Ne Me Quitte Pas fell victim to the star’s addiction to dancing boys as poor Steve and (I think) Andy showed their below the knee rubbing and hip hugging skills.

There were moments of sanity including Piazzola’s Rinasceró, Hotel Amour (co-written with Lauderdale), Washington’s Skeleton Key, In This City penned with Grandage and a terrific version of Brecht’s Surabaya Johnny. However, chaos prevailed: Ich Bin Ein Vamp required five audience members to high-kick with the star and eventually lift her sky high, and Act I of the show ended with the star crowd surfing across at least twelve rows of the stalls. Of course, while pandemonium was the theme, the chaos was meticulously planned and Meow Meow was well in control. 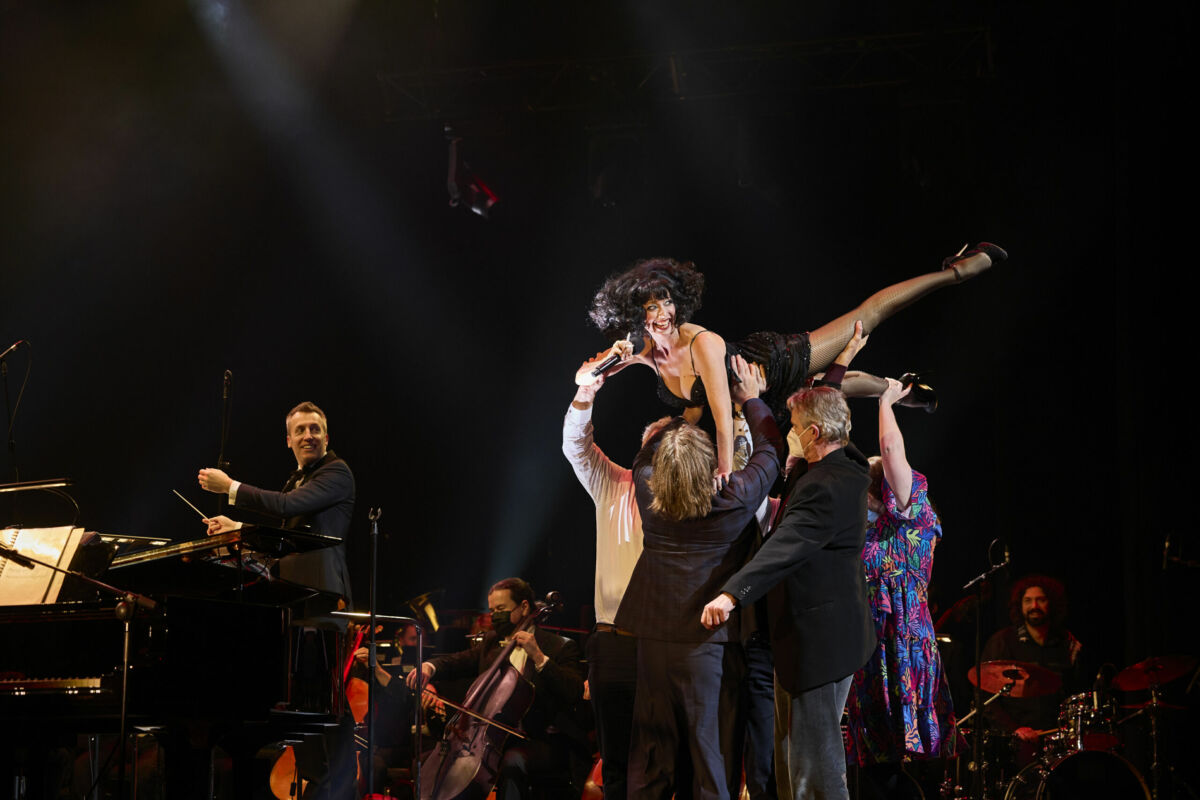 The ostensible mayhem was dialled down in Act II – that is despite the ASO members entering individually and improvising their own bow/curtsy/dance, and Meow Meow distributing flowers to the audience only to find them tossed back at her as she made her entrance. The star performed no less than eleven songs in Act II, the highlights being Amanda Palmer’s dark and wicked Missed Me, the Spoliansky classic Alles Schwindel and the surprise inclusion of Radiohead’s Fake Plastic Trees. Yes, the mayhem returned momentarily with Itsy Bitsy Teenie Weenie Yellow Polkadot Bikini sung in three languages including Mandarin, but the mostly original numbers in Act II were intriguing and a seamless fit.

Like most kitties, Meow Meow is unruly and energetic, but cute enough to get away with murder.

Catherine Alcorn and Phil Scott are consummate performers – and the songs are great – but this show didn't quite gel on a conceptual level.