Meyerbeer’s little-known Romilda e Costanza was his first Italian opera, composed when he was just 26 and earning him the sobriquet of “the genius of the Spree”. Premiering at the Teatro Nuovo in Padua on July 19, 1817, it’s a melodramma semiserio , a medieval fantasy involving twin rivalries. Teobaldo, made heir to the throne in the will of his late father Arrigo, Prince of Provence, is thrown into a dungeon by his jealous twin Retello. Fortunately for Teobaldo, he is loved by two women, Romilda and Costanza, who endeavour to free him. Less fortunately, his admirers are themselves bitter rivals, which gets in the way of their rescue attempts. 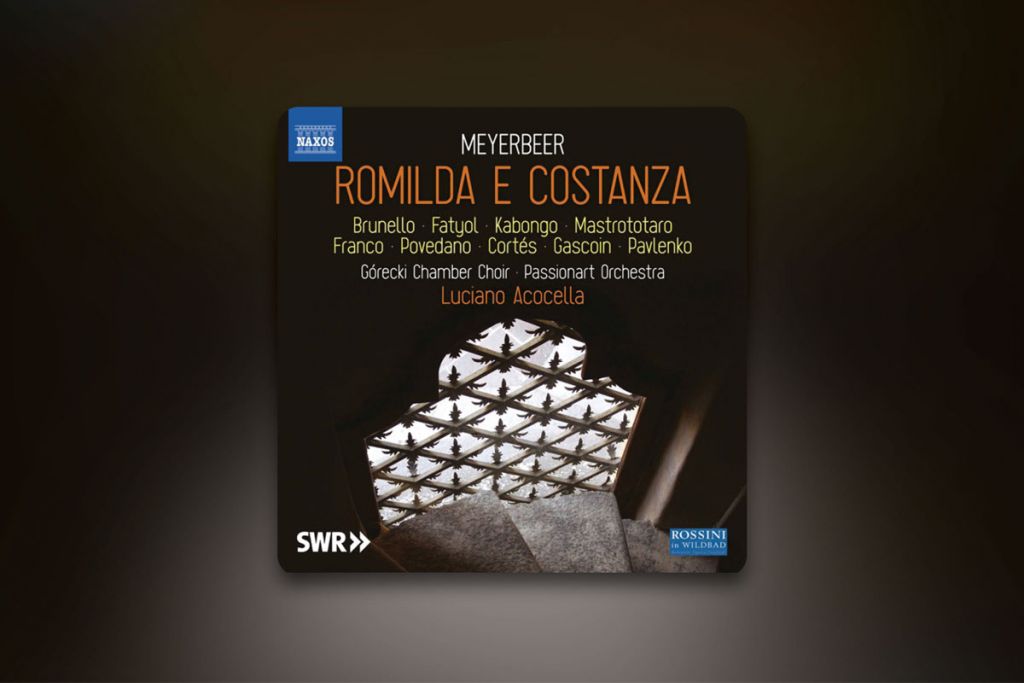 This world premiere recording, taken from performances at the 31st Rossini in...