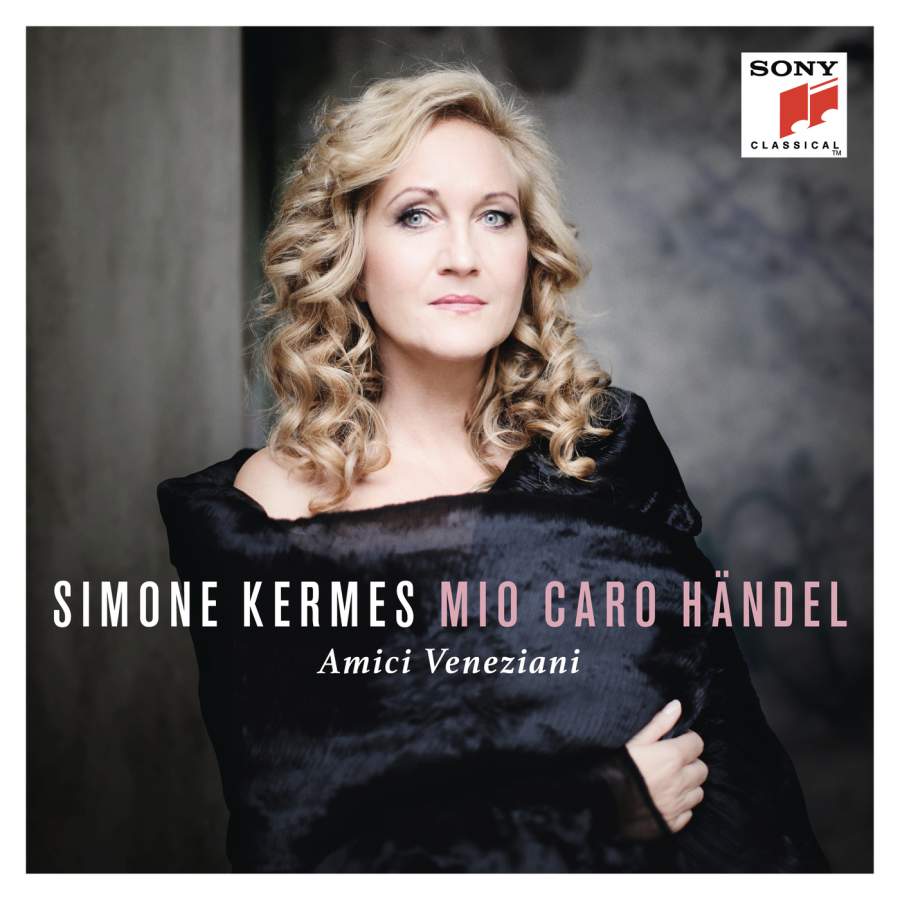 Simone Kermes is a highly idiosyncratic performer who delights in pushing the boundaries of good taste, often unafraid to inject her singing with a grab bag of vocal tricks. So it’s surprising that her latest release is that most standard of offerings, one to put next to your favourite singer’s Verdi or Puccini disc – the Handel recital.

For the most part, the soprano reins in her wilder impulses and there’s much to enjoy here. That’s not to say that she shies away from putting her dramatic stamp on things – quite the opposite. Kermes brings her usual commitment to proceedings, making even the more familiar selections vivid moments of drama. She’s in good hands with Amici Veneziani and its concertmaster Boris Begelman, whose playing is distinguished by both imagination and style.

Highlights on this disc include a finely realised Piangerò la sorte mia, Cleopatra’s sense of injustice competing with her despair.Similarly compelling is Ah, spietato from the rarely heard Amadigi di Gaula, Kermes navigating the emotional twists and turns well. Morirò, ma vendicata benefits from her ferocity of attack, while Guardian angels has an effective simplicity.

While there’s plenty of good stuff here, it’s worth saying that Handel tragics might find few original interpretive insights. Kermes sings with plenty of fervour, but the emotion tends to the generic at times and her passagework can be patchy in places. As always, she divides opinion.

Listeners needn’t worry, the publicity assures us: Baroque specialist Simone Kermes might be singing bel canto but she hasn’t changed voice type. Nor would she need to. There’s no reason why Kermes’ high flying soprano shouldn’t negotiate the trills and roulades of Bellini and Rossini just as skilfully as those of Handel. In terms of clarity and accuracy, she’s in excellent form here, and those who’ve seen her wacky live performances on YouTube will be either relieved or disappointed (according to taste) to discover her in more straight-laced mode.  Curiously she sings these arias utterly without vibrato. This might be effective in short doses but applied across the board, it drains much of the life from this spirited music. Make no mistake, Kermes makes a beautiful sound; it just doesn’t ring true to the repertoire, and while she succeeds to an extent in illustrating the stylistic links between Baroque and bel canto, singing Rossini’s Giusto ciel like a piece of lost Pergolesi doesn’t really prove anything. Still, there’s some spectacular vocal showmanship here, including an electrifying Mercadante rarity and two icily precise Queen of the Night arias, and when Monteverdi finally arrives, so does an audible sense of homecoming.  Concerto…

Simone Kermes: Baring all for the Baroque