Expectation has been high in Melbourne for Moulin Rouge! the Musical. An adaptation of Baz Luhrmann’s eye-popping, ear-tickling 2001 film, this Broadway show recently won ten Tony Awards while the local production was waiting to emerge from lockdown delay. There was talk of chandeliers and red velvet, a big blue elephant and a windmill recalling the Paris nightclub that gives the show its name. These are just some of the evocative visual delights greeting audiences before the show even begins. Several performers in skimpy costumes silently prowl around the set, underneath a glowing red ‘Moulin Rouge’ sign, suggesting the talk was not mere hype. 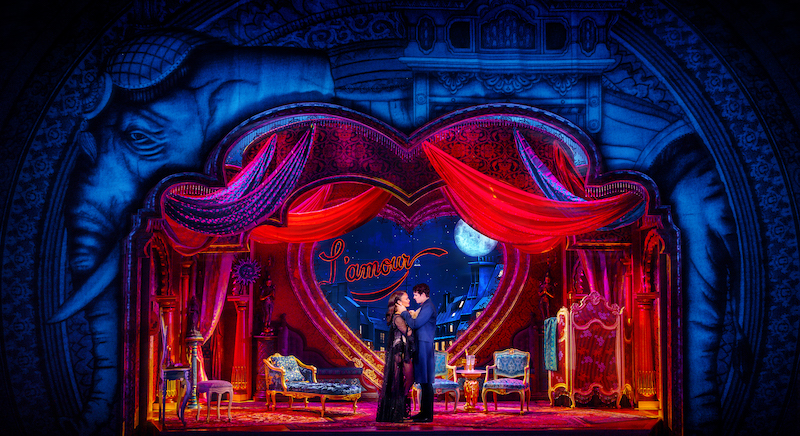 After two of the silent seductresses swallow swords, this show directed by Alex Timbers leaps out of the blocks with a quartet of showgirls delivering a Moulin Rouge!film favourite, Lady Marmalade. This opening number not only reminds those familiar with Luhrmann’s Oscar-winner what was so good about it – particularly its ability to convey the late-19th-century nightclub’s...