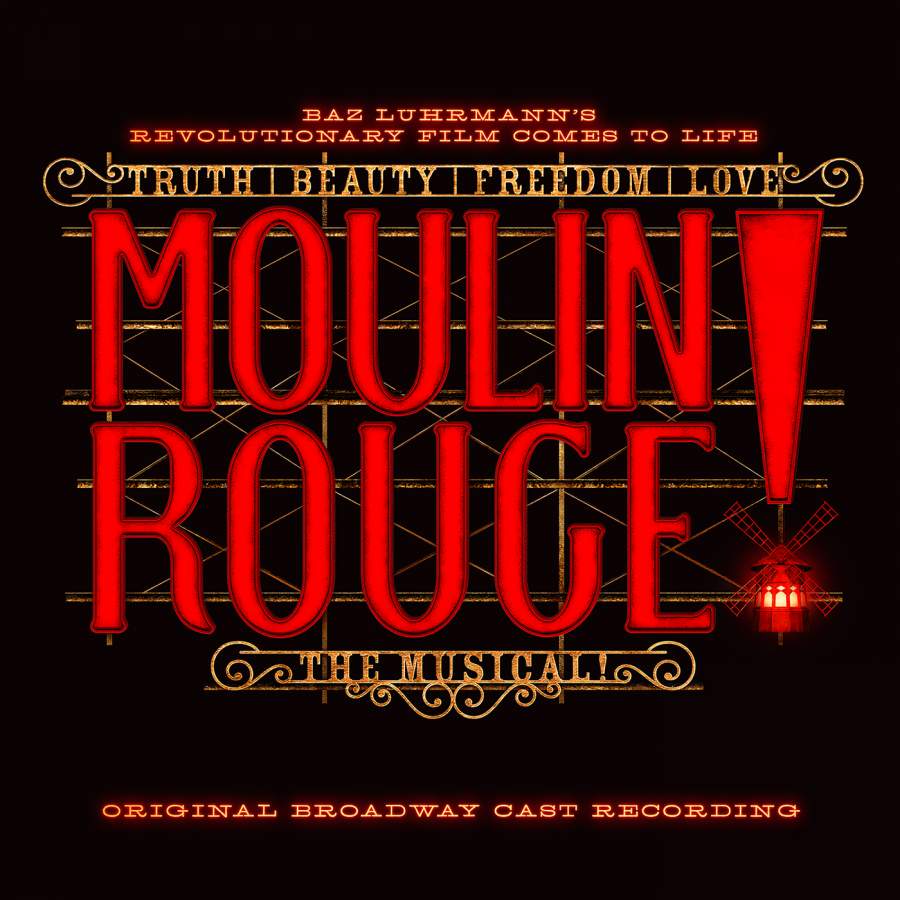 When Baz Luhrmann made his 2001 movie Moulin Rouge! he decided to use a melodic mélange of contemporary songs to illuminate the emotions of the characters for today’s audience.

The stage musical takes this idea and magnifies it, drawing on over 70 songs, including many that have stormed the charts since the film’s release. If that sounds like your kind of thing, then you are in for a dizzy treat with this cast recording. The 19 tracks are full of fierce remixes and ingenious, giddy mashups (brilliantly arranged and orchestrated by Justin Levine) that exude a sexy, pulse-racing energy.

Popular numbers from the movie remain, including Lady Marmalade, Your Song and Come What May, along with umpteen other new choices, as well as the Habanera from Carmen and Offenbach’s Can Can. The cheeky pop references are cannily chosen to fit the story – which is still pretty flimsy but manages to ride the musical waves.

Aaron Tveit brings sensational, versatile vocals to the role of the wide-eyed Christian. His gentle rendition of Your Song is swooningly romantic and he hits Adele’s Rolling in the Deep out of the park. Karen Olivo is also stunning as the consumptive courtesan Satine, unleashing a gorgeous belt in numbers like Katy Perry’s Firework. Together they sound crazily in love in their duet Elephant Love Medley – a dynamic combo of 20 love songs.

It’s over the top, it’s “spectacular spectacular”, but it’s intoxicating. An addictive listen.

It may only take two to tango, but it takes more than that to make a great musical.