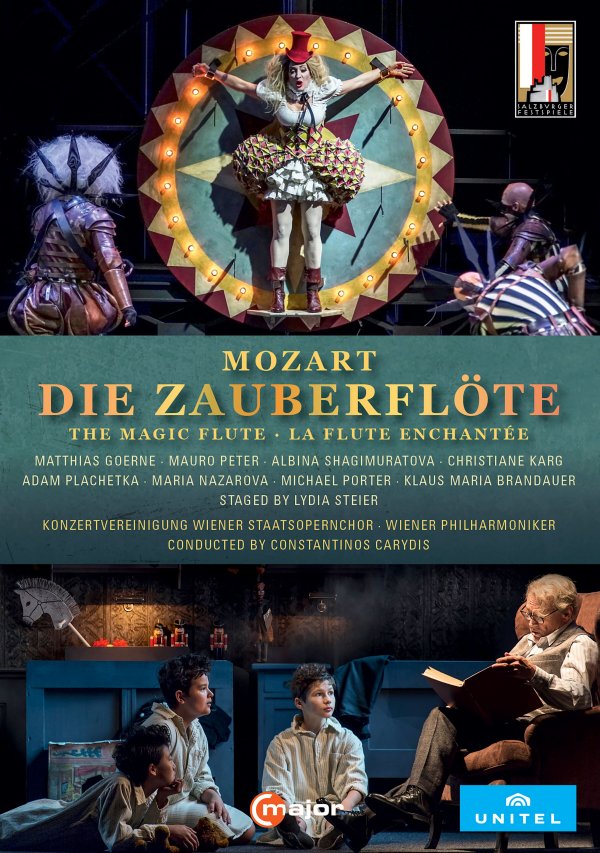 There’s nothing like The Magic Flute to inspire a dodgy directorial “concept”, but here, in Lydia Steier’s handsome production for the 2018 Salzburg Festival, is one that holds a great deal of water. Set on the eve of WWI, a grandfather reads a bedtime tale to three boys, the children of bourgeois parents in mid-marital crisis. All is set up with clarity in the staged overture.

As the story unfolds – engagingly narrated by distinguished actor Klaus Maria Brandauer – the characters leap to life, a mix of childrens’ toys and the people in their lives. The Queen of the Night is their fearsome mama; Tamino, a toy soldier; Papageno is the butcher’s boy; Monostatos is Struwwelpeter and Sarastro the Wizard of Oz. If that sounds too cutesie, don’t be fooled. With a creepy carney vibe, it turns very dark indeed in Act Two.

Katharina Schlipf’s set and Ursula Kudrna’s costumes are gorgeous. A pity then that Steier can’t seem to let anyone sit still, for it is also the most hyperactive staging imaginable with the focus sometimes split three ways. Casting is excellent, with Matthias Goerne a sinister Sarastro, Albina Shagimuratova a terrifying Queen and Adam Plachetka a bumpkin of a Papageno. Mauro Peter’s bland Tamino and Christiane Karg’s jarring Pamina may not be ideal, but if you want a Flute to give the kids nightmares this is it.