Many composers have had a go at completing Mozart’s Requiem to see if they can do a better job than his pupil Franz Xaver Sussmayer who Constanze Mozart entrusted with the task.  No one has managed it yet although some of the results have been interesting. 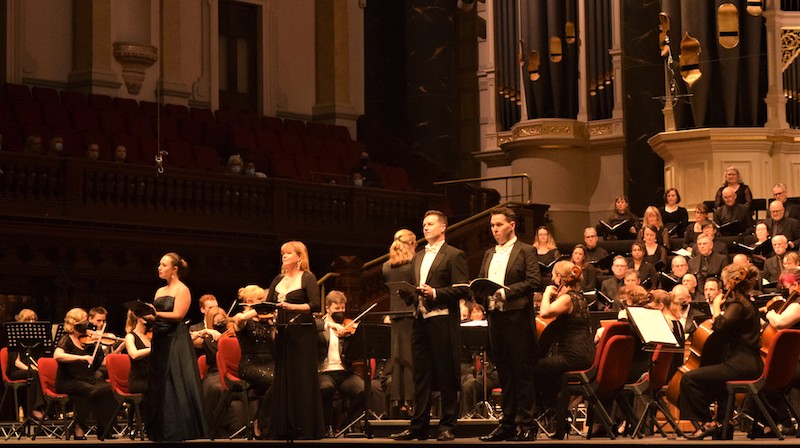 However this wasn’t the approach Sydney Philharmonia Choirs’ Artistic Director Brett Weymark took for the launch of the 2022 season. Instead of commissioning a reno job on the masterpiece, he chose to interweave other Mozart works in a “Requiem of the Imagination”and got Australian composer Jessica Wells to write a short piece based on the 16-bar sketch for the Amenfugue discovered in the 1960s.

Unfortunately, like Mozart, Weymark didn’t get to hear the Requiem performed as he had to pull out at the last minute to be replaced by Liz Scott who, it must be said, did a wonderful job on the rostrum.

The new work, Dolor ultimae melodiae(Grief of the Last Song) acted as an effective link...

History, continuity, thrilling music and the indomitable spirit of live music filled this concert as the orchestra moves to a new era.