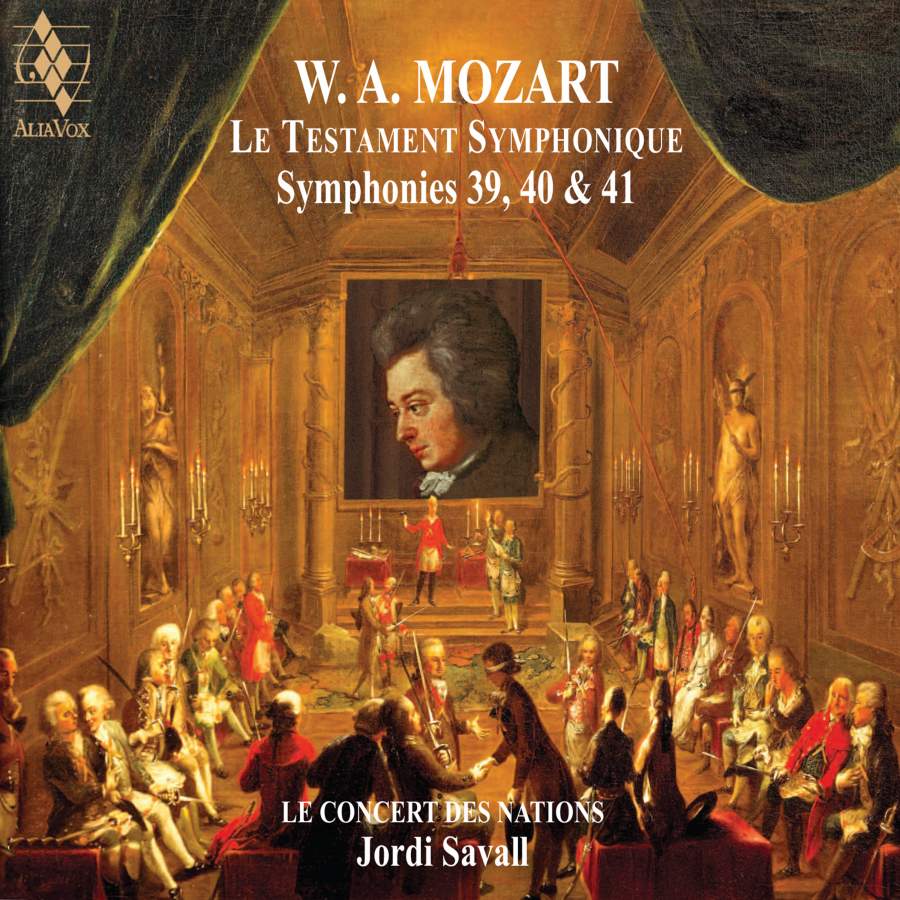 Jordi Savall and Les Concert des Nations here return to Mozart with Symphonies 39, 40, and 41. The composer finished these in one-and-a-half months at the height of his creative maturity in 1788. The interest in this recording is Savall’s historically accurate performance practices. Listeners used to modern performances of Mozart symphonies will take some time to adjust. The sound is that of a moderately sized period-instrument ensemble performing in a resonant hall. The strings, presumably strung with gut, provide a pleasant alternative to the sharp attack of modern instruments, and the woodwinds are gorgeously mellow.

The result is often understated, with less emphasis on brilliant clarity or drama. This works well in Symphony No 39 in which, for instance, the opening movement remains celebratory without becoming pompous. No 40 is well-executed, obtaining a charming narrative-like quality. But this modesty does not always translate well to No 41, which loses vigour in the third movement and would have benefited from more clarity in the intricate passages of the fourth movement.

Like Nikolaus Harnoncourt before him, Savall sees the three symphonies as a cycle and has therefore placed Symphonies 39 and 40 on one disc and the same recording of Symphony 40 with Symphony 41 on a second disc. This is an unnecessary distraction, but otherwise the release has much to recommend it.

Standing ovation greets 3000 years of musical history and a moving plea for peace.