With the audience seated on a handful of benches and the floor, My Self in That Moment begins in semi-darkness. We barely see what appears to be a large rectangular window, with many framed panes, directly before us, while a loudly amplified single mezzo note, harshly distorted, is sustained for seven minutes (by my count). At first this scenario is intriguing, as we realise the audience is ever so slightly reflected in the window, and wonder where this digitally manipulated note is leading. Eventually I feel bored, and ultimately mildly disturbed, as that unrelenting, unnatural sound seems to have a psychological effect. 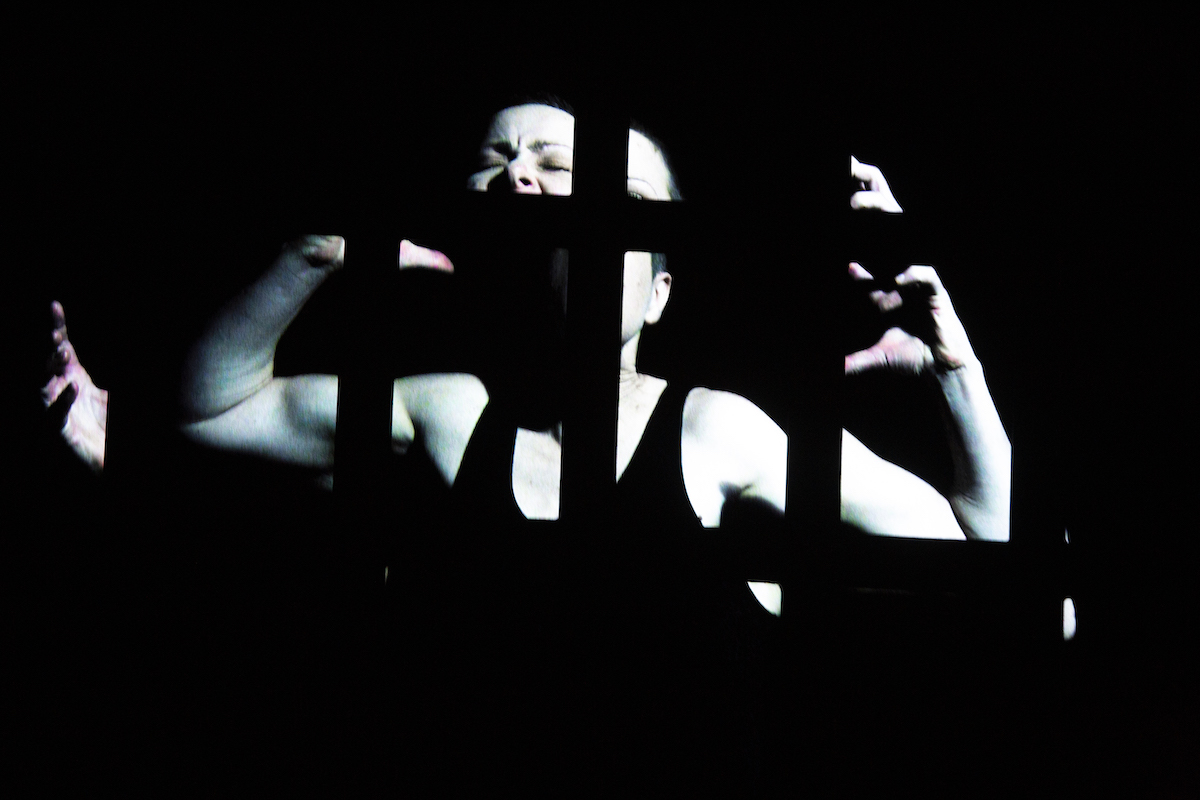 Jessica Aszodi in My Self in That Moment, Chamber Made, 2022. Photo © Pia Johnson

It’s a bold opening for what proves to be a daringly experimental performance by Chamber Made that’s both intriguing and alienating. My Self in That Moment was commissioned by The Substation, a venue in Melbourne’s west. Far from the well-trodden, inner-city theatre circuit, with a cavernous performance space free of stage or seating, it heightens the sense that we’re here for an unconventional performance even before it begins.

Created and directed by Tamara Saulwick, this one-hour, genre-defying experience unites a single live performer and lots of technology in an exploration of identity, agency and ownership in the digital age. My Self in That Moment was developed in collaboration with Jessica Aszodi, Alice Hui-Sheng Chang and Tina Stefanou, whose spoken and singing voices have been recorded and manipulated into an often strange and sometimes disorienting soundscape by Peter Knight.

Stefanou and Aszodi also alternate as the live performer. Part of their role is to move and subtly interact with 49 tablet devices, which are wirelessly networked to form a visual and vocal ensemble. Between the sounds, images, Amelia Lever-Davidson’s subdued lighting and, for opening night, Aszodi’s performance, we are challenged to ponder where the self ends, given one’s image and voice can so easily be replicated, deconstructed and distributed.

After that long, long note suddenly stops, the window is revealed as a bank of tablets when the stark, larger-than-life image of a woman appears on the screens. Increasingly fragmented and temporally distorted, this slow-moving video is accompanied by a cacophony of what sounds like animal noises, but is actually heavily edited vocal fragments. Hardly noticed in the darkness, Aszodi gradually removes the tablets from the frame, behind which a circle of chairs is revealed by gently raised lighting. 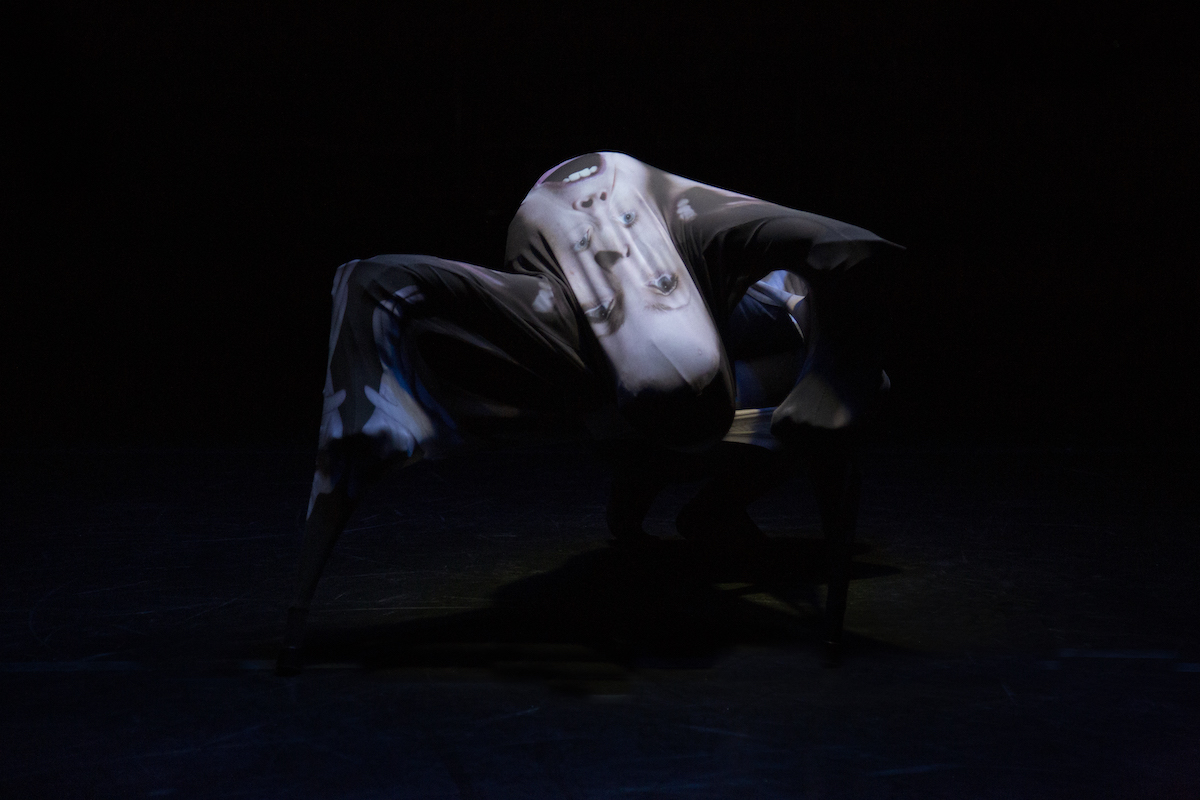 Jessica Aszodi in My Self in That Moment, Chamber Made, 2022. Photo © Pia Johnson

The audience relocates to this space, where the rest of the performance unfolds in the round. We may be sitting more comfortably, but what we see and hear is not designed to put at us at ease – except perhaps for a mesmerising moment when Aszodi is lying on the floor, singing an ethereal note in harmony with the sound emanating from tablets encircling her on the floor, light flashing on their screens in a swirling sequence. Otherwise we are disturbed, if not confused, whether it be by Aszodi creeping about in a costume that wildly distorts her body, or tablets playing overlapping glitching vocal sounds from different points in the darkness.

My Self in That Moment is not intended to be entertainment, except perhaps on an intellectual level as one grasps at a challenging concept that’s cleverly but obscurely executed. So while some will likely consider it an inscrutable indulgence, others will be thrilled by this adventure in the evolving realm of digitally enhanced performance.

Chamber Made’s My Self in That Moment is at The Substation, Melbourne, until 30 July.