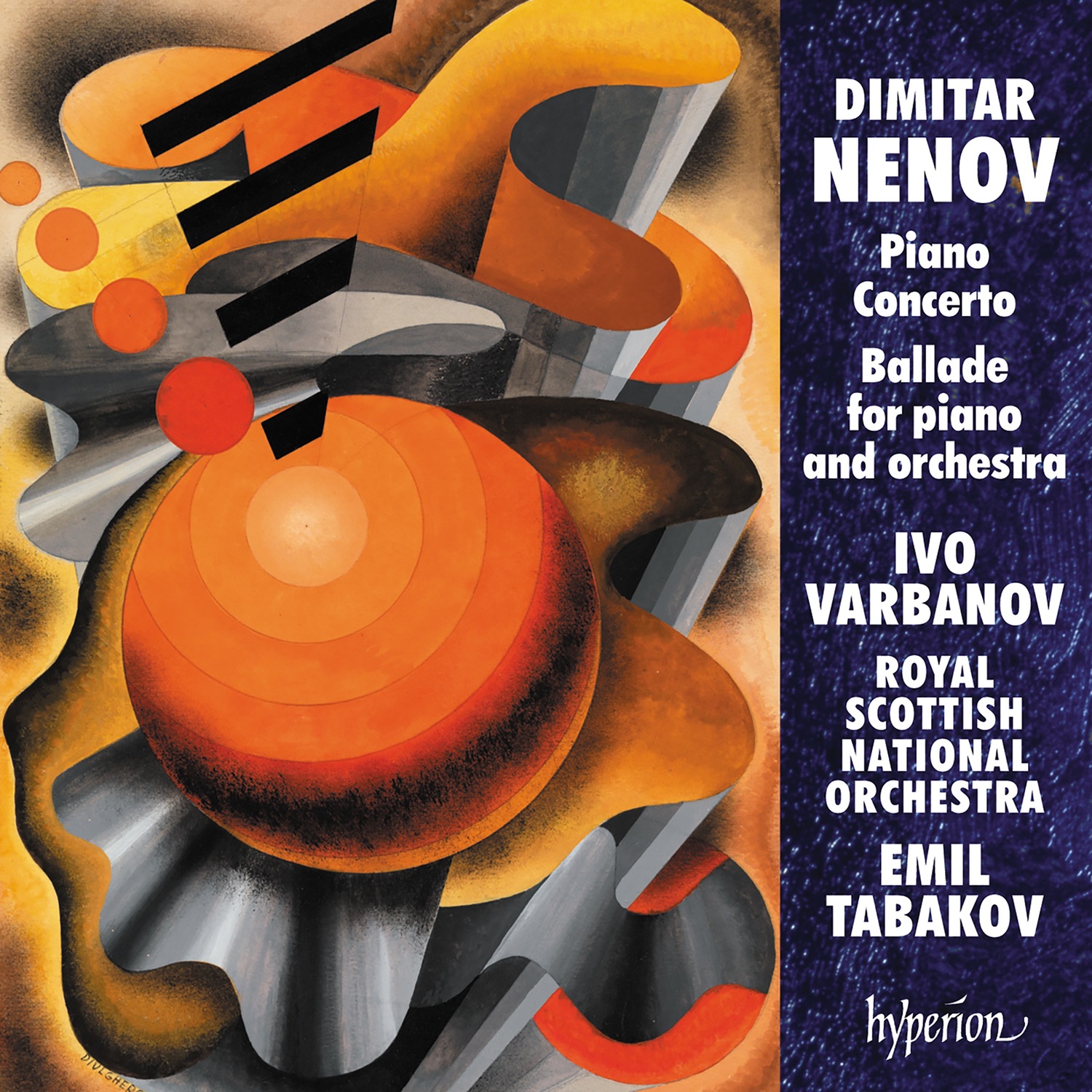 Ivo Varbanov has made it a personal mission to bring fellow Bulgarian and polymath Dimitar Nenov’s (1901-1953) music to the modern audience. This is the first commercial recording of this previously unpublished Piano Concerto No 2, paired with the 1942 Ballade. In the mid-20th century, many scores and recordings of Nenov’s were destroyed, effectively silencing this truly unique voice from the canon.

In one continuous movement, this piece is quite unlike anything else, and I’m truly glad that it’s found a champion in Varbanov. It’s not melodious music, but the orchestra and pianist work in an ever-shifting dance, from sparse, exposed moments of solo piano to Mahlerian sized orchestral tutti sections. The Largo ma non troppo adagio has the most brilliant, monolithic, bold climax reminiscent of Shostakovich or Bruckner. In contrast to those two beasts, however, Nenov changes his mind in the blink of an eye, and the orchestra withdraws to nothing, leaving the soloist exposed and solitary once more.

The Ballade is no less deserving of an audience. Opening on clean, delicate and careful orchestral colours, the sound owes quite a lot to Stravinsky’s Firebird. The piano is added for colour and effect, but not to the exuberant extent of a concerto. Nenov is bombastic, unique, and compelling. It’s a shame it’s taken so long for his music to find a champion, but it deserves one.

A no longer essential recording, hindered by some muddy sound.

“I don’t believe in writing in a vacuum,” says Daniel Rojas

Kicked out of the seminary, the Willoughby Symphony's Composer-in-Residence channels the folk music of his Latin heritage.

★★★★☆ Like his South American predecessor, Jorge Bolet, Nelson Freire is having an Indian Summer and well-deserved recognition. Like Bolet, he’s always been admired but somewhat taken for granted. Now, he’s almost lionised.  This CD contains Chopin’s Second Piano Concerto and a collection of short pieces. I recently read a fascinating but credible observation that, of major composers, Chopin has more of his oeuvre in the repertoire than any other. That notwithstanding, his works for piano and orchestra have often been considered poor relations to his solo piano music, most of which is, admittedly, sublime. Who am I to complain?  One reviewer described the concerto orchestrations as “staid”. I would prefer wooden or dour. No matter: this is a wonderful showcase for Freire’s art, and he brings pellucid tone and ineffable elegance with a sublime reading of the slow movement.  The G-Flat Impromptu is not so much dispatched as caressed with finesse and rubato. The Fourth Ballade is certainly sterner stuff and Freire possesses the requisite steeliness without ever sacrificing lyricism or coherence. The Berceuse, my joint favourite Chopin work, is played with a style that rivals Lipatti’s Barcarolle (my other joint favourite): I just didn’t want it to end. The…

Pianist, conductor and orchestra are all on top form.