How do you put a classic film like Alfred Hitchcock’s 1959 spy thriller North by Northweston stage when there are such obvious challenges – like reproducing its dramatic chase through corn fields followed by a low-flying crop duster and across Mount Rushmore? 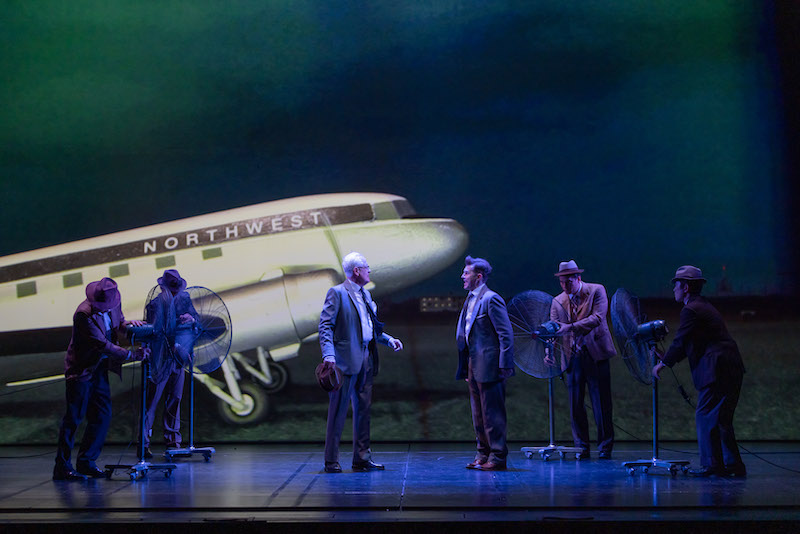 Director Simon Phillips does so in ingenious fashion by combining low-tech devices with cameras and projections– and showing the audience exactly how it’s done. And therein lies the delight of this production. You watch actors manipulating toys and little models in miniature dioramas in booths on the side of the stage, as a camera films them and projects it onto the back wall. You laugh out loud as actors scramble over chairs in front of an image of Mount Rushmore, or dive for the ground as a crop duster appears on screen and seems to head for the audience as another actor swoops a toy plane on a stick in front of the lens.

From the opening moments when the actors spell out...