To attend an Obscura event is to walk through a portal into an unfamiliar world. It is never the same world twice, but is always an immersive, magical experience. This evening was no exception. Like the Pevensie children in Narnia, I didn’t want to leave – I wanted to stay and make this world my home. 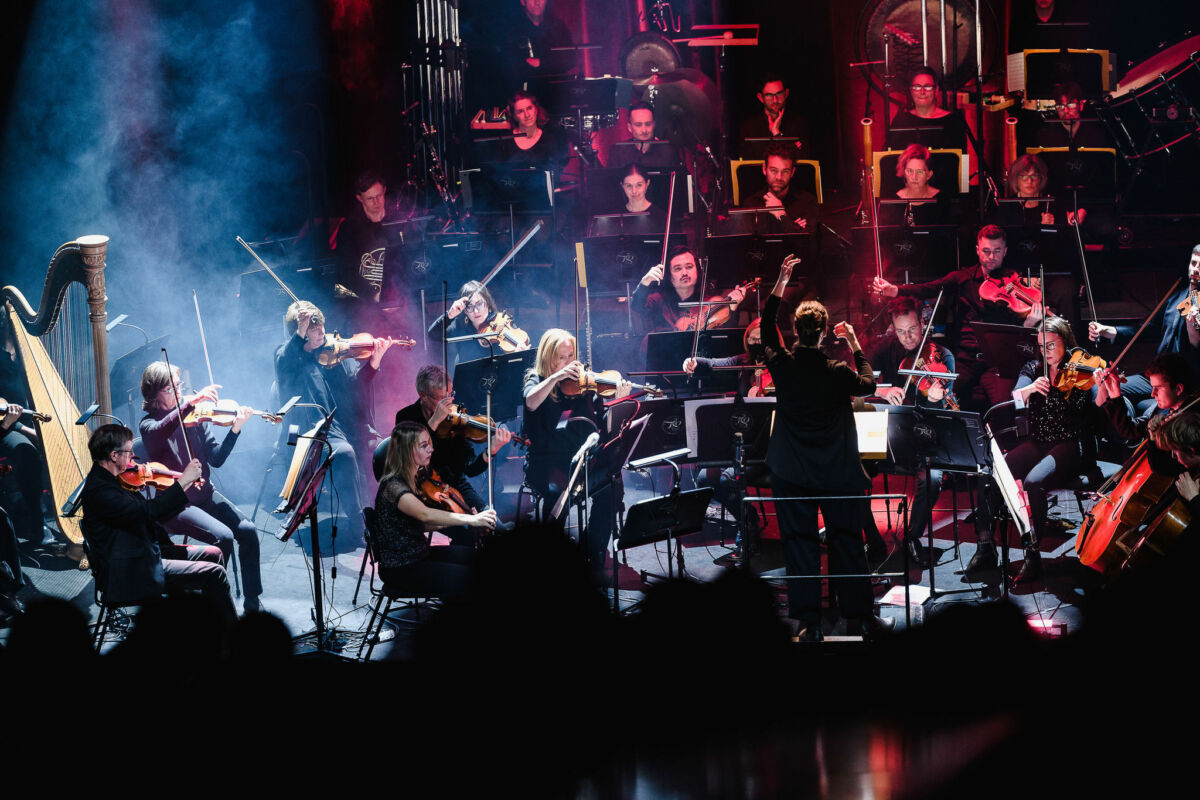 The program ran seamlessly, supposedly without breaks for applause or noticeable beginnings and endings – hence the feeling of an immersive experience, rather than a formal concert. Although it proved impossible not to applaud Dimity Shepherd at the conclusion of the Berio Folk Songs, the music was otherwise continuous. Mark Hayes worked magic with the lighting, creating other-worldly effects that supported  and enhanced the music without ever distracting from it.

Berio’s Folk Songs were interwoven with orchestral works in a process of alchemy that transcended space and time, joining past with future, Europe with Australia, and ending with a Ukrainian cry from the heart.

Shepherd was extraordinary. Her powerful, charismatic voice created seemingly limitless tone colours and characters, while her dramatic body language almost had me smiling out loud. For me, she was probably the highlight in a concert of highlights, and the Tasmanian Symphony Orchestra and Elena Schwarz supported her magnificently. This was a truly memorable performance of Berio’s songs. 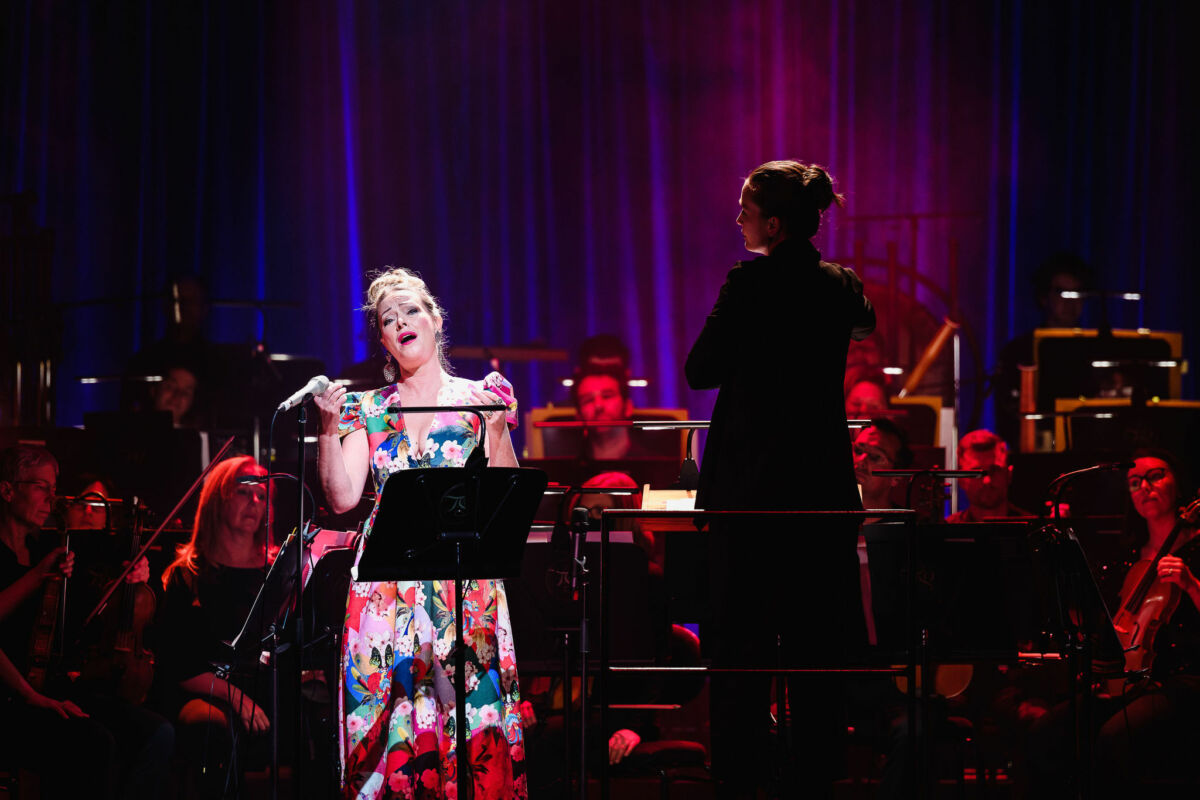 Carl Vine’s Smith’s Alchemy made two appearances on the program, alongside Justina Repečkaitė’s Chartres and Satie’s Gnossienne No 3. The strings showed a real sense of unity as they explored all the tonal possibilities of their instruments, from the iciness of their ponticello sounds right through to a romantic, expansive richness that warmed the heart. Sadly, they weren’t always so rhythmically unanimous, with some pizzicato passages particularly suffering. As always, there were some wonderful moments from the woodwinds, and the full orchestra created a great rhythmic intensity that I felt deep in my core. Rhythmic motifs were passed seamlessly from section to section with a primal power that was irresistible.

Other highlights of the evening for me were the 3rd and 4th movements of Ligeti’s Concert Românesc. Greg Stephens’ horn solo was truly outstanding, while Roger Jackson (2nd horn) played the quietest pianissimo I have ever heard from a french horn. It was the merest whisper that I had to strain to hear – pure magic! Beautiful solos also from the concertmaster and the cor anglais, but this performance really wasn’t about individuals. The TSO has all the qualities of a great chamber orchestra, while being able to produce the volume and strength of a symphony orchestra when required. The Ligeti piece really showcased this wonderful versatility, building such excitement towards the end that I felt every nerve begin to tingle.

As an encore, Shepherd returned to join the orchestra in a performance of the Ukrainian folk tune made famous by the lone violinist in the underground bunker. The lone violinist played the tune to give hope for her people. As Elena Schwarz said, it was played to give hope to the world. The power of music is to bring hope in the hardest of times. Arranged by Jessica Wells, it was a moving and beautiful end to the evening.

As I said at the beginning, I didn’t want to leave.

Charge your glasses for music that edges us to a more positive future.

A pianistic roller-coaster ride with one of Australia's finest composers.