Initially scheduled to premiere as part of their 2020 season, and then postponed furtherdue to lockdowns in August, Queensland Theatre’s thrilling tri-lingual production of Othellohas finally opened in Cairns.

Presented as part of the Cairns Indigenous Art Fair in the intimate Bulmba-ja Arts Centre theatre, this adaptation is set between Cairns and the Torres Strait and stars Jimi Bani as Othello, the first Torres Strait Islander to play the role. 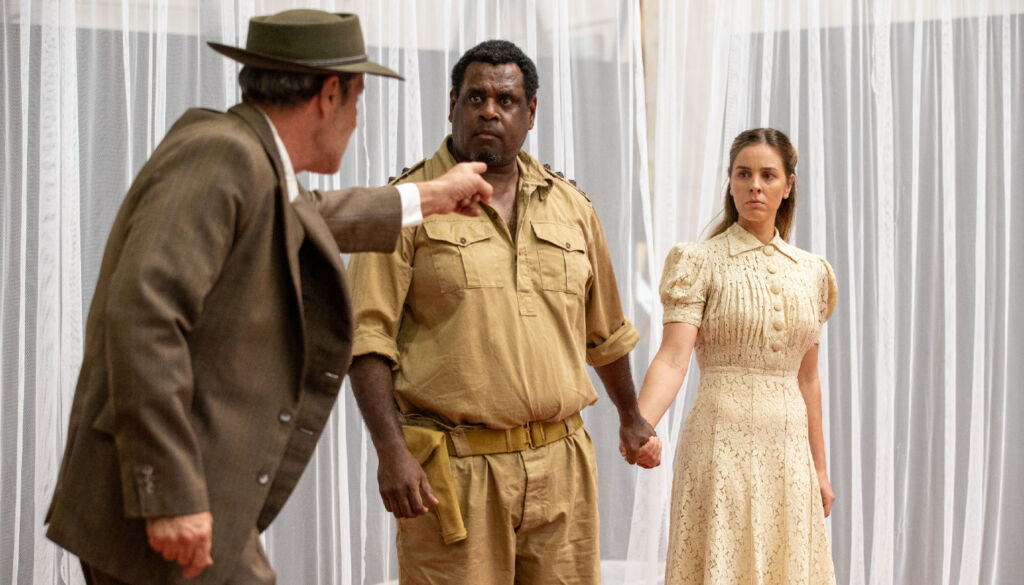 Adapted by Jimi Bani and Jason Klarwein, Othelloreimagines Shakespeare’s tragic tale of jealousy, manipulation, and betrayal in the Torres Strait, casting the titular character as a Captain of the Torres Strait Light Infantry Battalion during World War II. This battalion played a vital role in the defence of Australia’s northern tip, and more than 800 Torres Strait Islanders signed up to serve, including Jimi Bani’s great grandfather, the late Ephraim Bani Snr, and his grandfather, the late Solomon Gela.