Marking its 30th anniversary with a recently announced partnership with NMC Recordings, new music ensemble Psappha delves into its back catalogue for two startling works by its founding patron, Peter Maxwell Davies, that, half a century after they were first heard, retain the capacity to shock, dislocate and mesmerise. 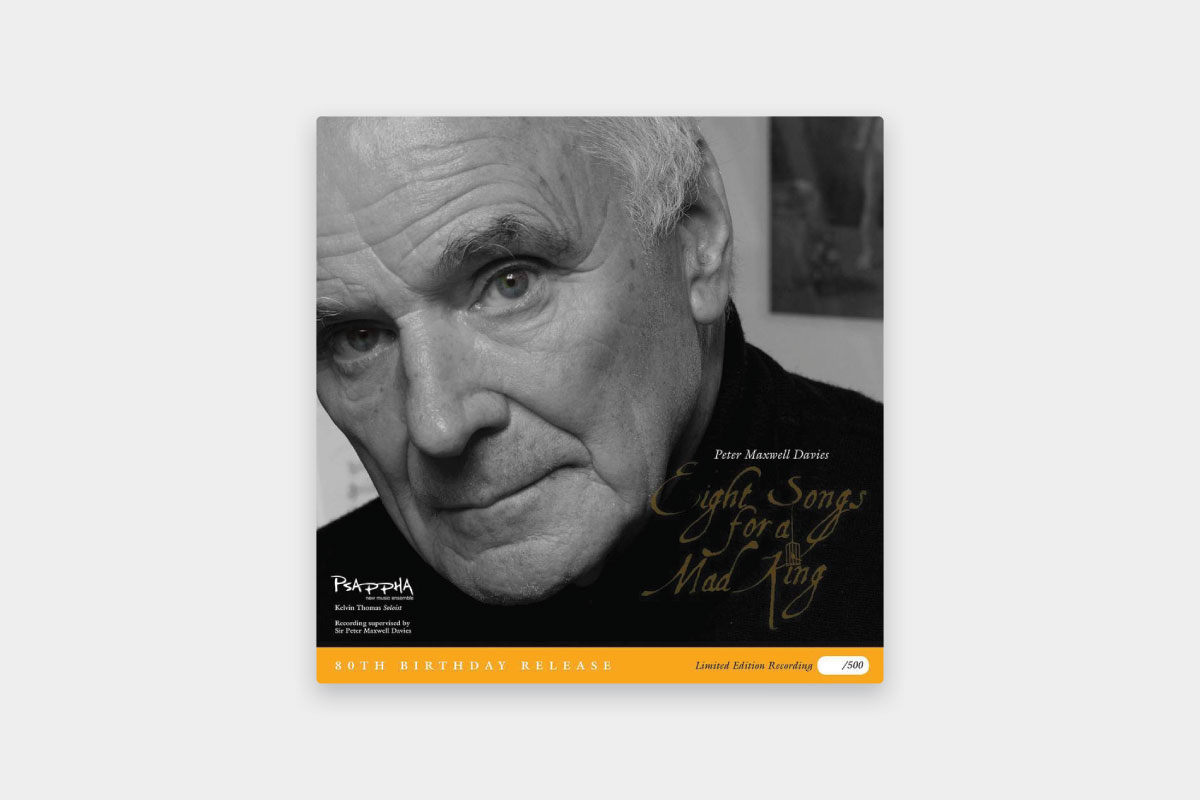 From the composer’s early, experimental period, the intense Eight Songs for a Mad King and decidedly eccentric Miss Donnithorne’s Maggot , both with librettos by Randolph Stow, feature in the first tranche of re-issues.

Premiered in 1969, Eight Songs proved to be Maxwell Davies’ breakthrough and remains an iconic work. A hyper-theatrical portrait of George III’s descent into delirium, it is heard here in Psappha’s 2012 recording, issued two years later to coincide with the composer’s 80th birthday. Supervised by Max, as he was familiarly known, it was the work’s first recording to have his involvement since the original by his own Fires of London in 1971 (re-issued on Unicorn-Kanchana in 1993).

Peter Maxwell Davies rocks the boat with his operatic thriller about the suspicious disappearance of three lighthouse keepers.