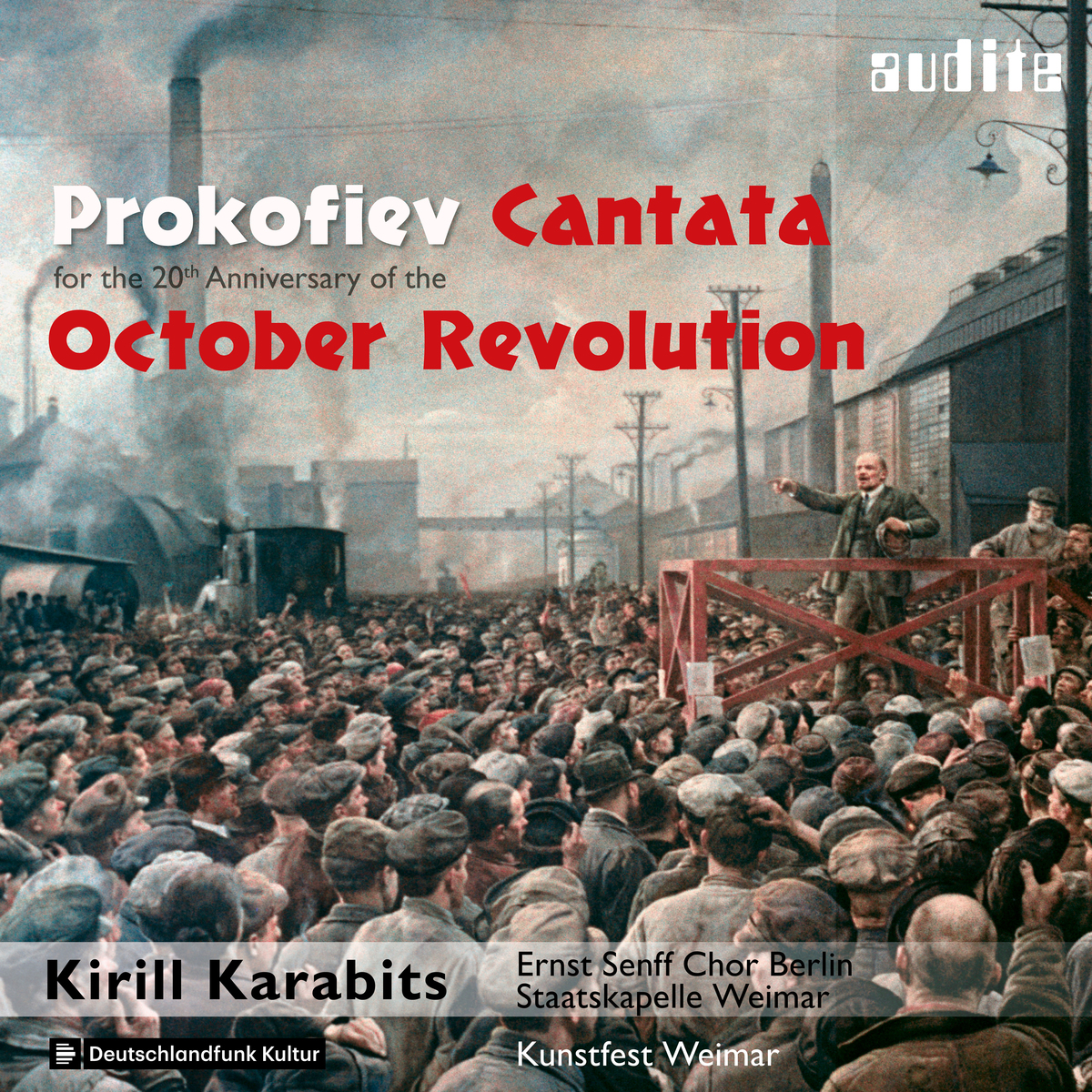 Sergei Prokofiev lived in America, Germany and Paris after the Russian Revolution, but was unhappy playing second fiddle to Rachmaninov in the USA and to Stravinsky in Europe. He wanted to write large works such as operas, but the Great Depression put an end to that. Increasingly he turned to Russia, and in 1936 he returned home. After Shostakovich’s problems with the authorities, Prokofiev had every reason to believe he would take on the mantle of pre-eminent Soviet composer.

On his return, he simplified his style harmonically and wrote his two best loved works: his “symphonic fairy tale for children” Peter and the Wolf and the ballet Romeo and Juliet. Nevertheless, Prokofiev knew what was required of him, and this communist cantata with its extravagant forces, musique concréte effects and over-the-top dynamics was one result. The composer assumed that it ticked the right boxes, but he miscalculated. The kommisars were offended to hear the speeches of Lenin and Stalin set to music – modernist music at that. The work was rejected, and not performed until years after the composer’s death. (He had better luck with another cantata, taken from a film score: Alexander Nevsky.)

This Anniversary Cantata can hardly be called subtle. It contains accordions, alarm bells, sirens and simulated gunfire, and the final apotheosis is more inflated than the ruble. Yet, it is still Prokofiev. His colourful scoring is always fascinating, the choral writing on a par with that of his opera War and Peace. In No 8, The Oath (where the chorus affirm their loyalty to Lenin), he approaches a soulfulness worthy of Mussorgsky, while No 9, Sinfonia is a typically robust scherzo.

Karabits recorded a terrific set of the Prokofiev symphonies, and in this live performance he keeps the vast forces under firm control. Sound is vivid in this vibrant recording of a quirky piece of musical history.

From Russia with despair: Isserlis and Mustonen’s passions run the Soviet gamut.

A polished debut and one that’s keeping it firmly in the family.

Argerich and friend join hands to explore a Russian master.

Two WASO debuts impress in this satisfying concert of two favourites and an Australian premiere.